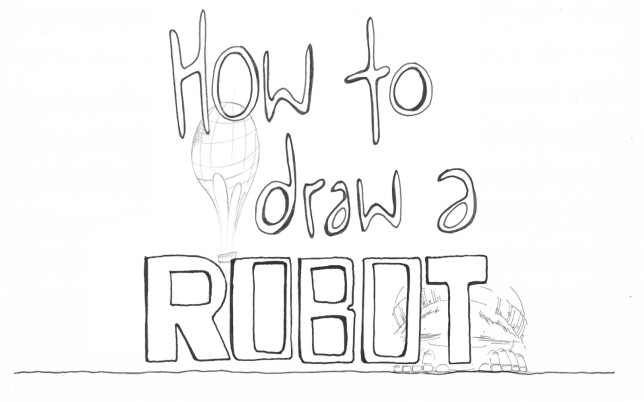 Some days, I wish I was a robot.

Some other days, I feel like a robot and it really blows.

Some people say having a robot would be cool, but I’m not a fan of slave labor and I’ve seen movies like Smart House and I, Robot, so I know that’s not for me. (Unless of course it could do this for me.)

On the days I wish to be robotic, I think about how it would make working long hours easy and manageable (outlets for energy), working out unnecessary (no such thing as robot doughnuts), emotions irrelevant (no heart, re: Tin Man from The Wizard of Oz), and speaking much less frivolous (001001111).

Feeling like a robot is much different than being one though, and those days are the worst.

Today is one of those days. I feel the same, I’ve done the same things for weeks, my drawings are the still the same dudes, and my speech might as well be ones and zeros because it all sounds the same and slightly like beeping.

The only way out of this—I think—is to oil out those squeaks. Metaphorically of course.

Today we will do so by drawing a new dude. This dude is a robot dude, a robot dude who will embody all of our boring repetitive habits and thereby take them away from us. God bless you, tiny 2D robot.

So come on, oil up that rickety ol’ brain and dust off those drawin’ hands, Rosie. I know you’ve got it in you.

Full of brains! With a spare cloud and headphones in case of necessary daydreaming.

This one has a bit of a belly, because he found the factory with all the mysterious robot doughnies. Also, don’t forget the heart, lest he become sad and rusty. 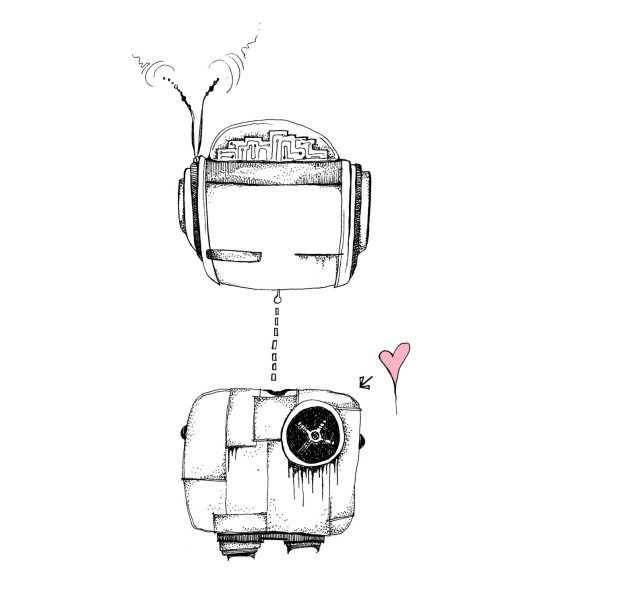 For dancing, amongst other things. 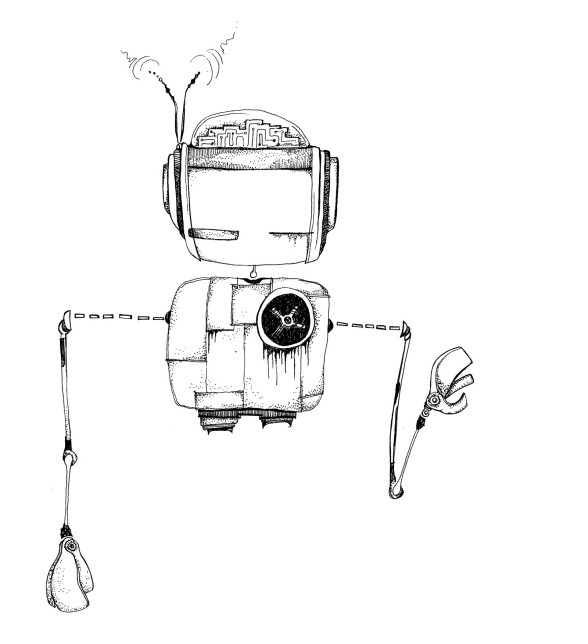 Or your tools of choice, depending on whether he will be drawing, cutting or barbecuing. 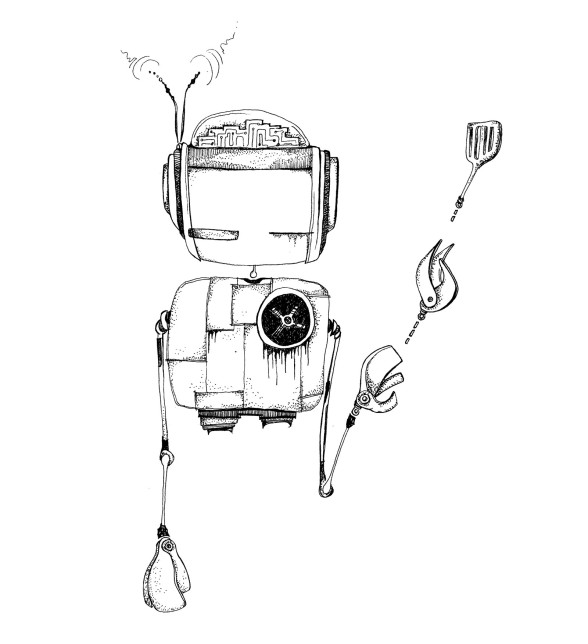 Be sure to take care of those squeaky knees. 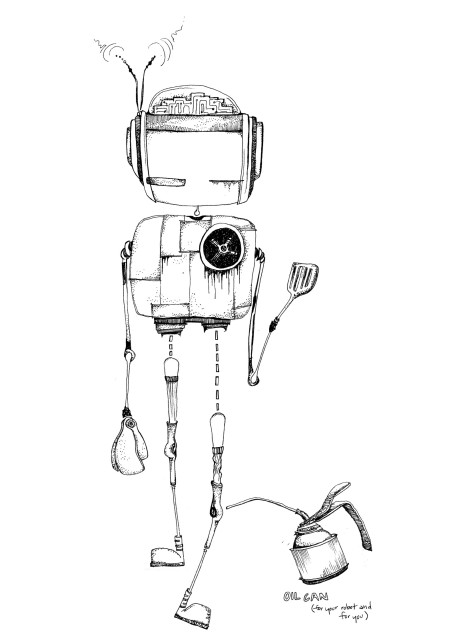 Now don’t forget all the nuts and bolts to hold him together. 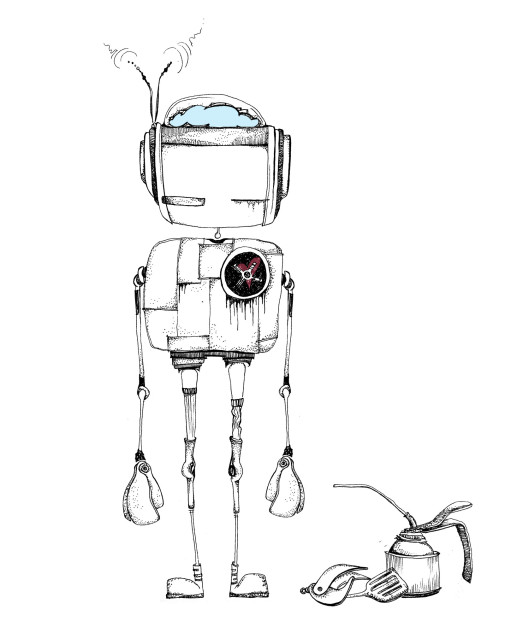 All illustrations by Dani Alvarez.