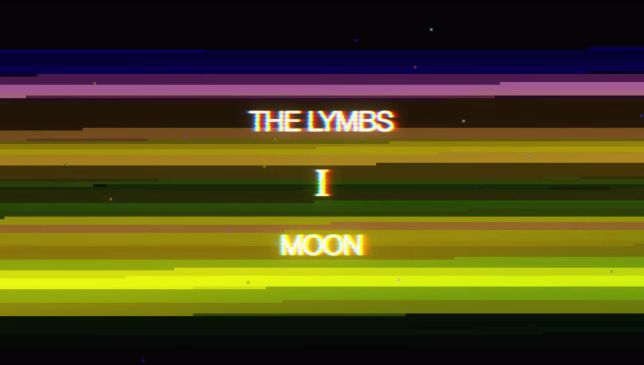 I grew up listening to Radiohead. The music video for “Karma Police” is what inspired me to go into filmmaking. To this day you can’t top “No Surprises” in my mind. Radiohead consistently make simple, innovative music videos. They constantly push the envelope, and that’s what it means to be a true artist in any medium. I still remember when Kid A and Hail to the Thief came out while I was in high school. My friends and I would sit together separately listening to our freshly opened copies of the CD on our discmen, just nodding at one another like a bunch of stoners.

It’s all in the idea, and making sure that idea will make execution as easy as possible.

So when Radiohead began work on their new album In Rainbows, I couldn’t imagine them topping what they had already accomplished. But the media campaign for this album was genius. Not only did they release it online for free, with the option to donate (which I did), but they included a slew of exclusive quick YouTube videos they did while in the studio. One I particularly loved was “Jigsaw Falling Into Place” where they simply attached cameras to a helmet facing inward and played the song in what looks like their recording studio. I don’t know if they actually used some early version of a GoPro, but the footage is a little gritty which adds to the intimate nature of the video. Once again: fun, simple and original.

As a local creative marketing company in Albuquerque, we were tossing around promotional ideas for The Lymbs, a two piece rock-blues-alternative band based here. Some ideas were: a rooftop concert, a projected advertisement downtown, a miniature music video of some sorts. We had a limited amount of time and resources. But fortunately a little bit of access. So I tossed out the idea of doing a parody of the Radiohead helmet cam video. I wanted to attach a giant VHS camcorder to a helmet and put it on Jeff’s (the drummers) head. A sort of technological retrospective on something not done too long ago. The Lymbs were game, and so was Andrew Raymond, a filmmaker and photographer with whom we’ve worked on several projects for promotions here in Albuquerque. He’s the magic man, editor, DP and equipment guru. 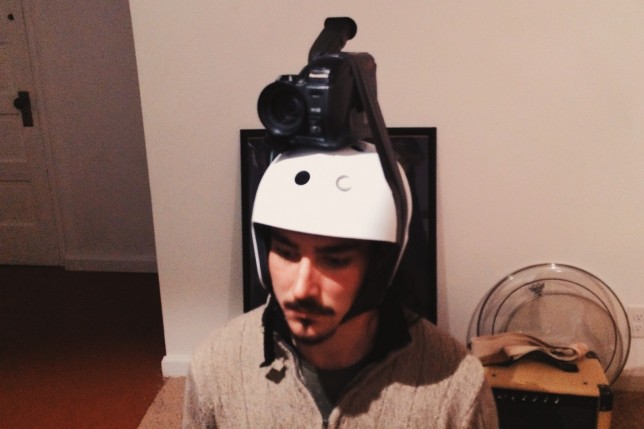 Not a GoPro. Photo by Andrew Raymond.

It was a perfect idea because it required minimal effort and equipment. Something fun and simple with an original spin. A sort of homage. One of our business partners, Kyle Ruggles, purchased a GoPro Hero 4 and I was eager to use it. Andrew got hold of a GoPro Hero 3 and an old Panasonic VHS Camcorder. We were ready to go.

I didn’t know what the fuck I was doing with that GoPro to be honest with you. Fortunately, Andrew knew how to turn the damn things on and hit record. The GoPros came with a slew of mounts and extra mounts. Kyle bought more mounts for his Hero 4 and we actually ended up using the arm extension by taping it to the helmet and facing it downward. The GoPro was upside down for the shots of their faces. On the other helmet we just used a traditional adhesive mount for the POV shots. The GoPros were super easy to use, especially the Hero 4 which has an LCD touchscreen vs. the Hero 3 which does not. This is a bit of a dealbreaker, because in order to adjust the settings on the GoPro Hero 3 and prior, you have to use a rudimentary digital indicator on the front of the device. I’m a material girl in a material world, and as an idea man I need a touchscreen LCD.

We had seven takes in all. It was quick, and The Lymbs were extraordinarily good at just playing along to the music. They’d done this before and that was obvious. Andrew was amazing and we we were efficient in just getting it done. I wanted all the gritty mistakes in there; even us just standing at the corner of the room like a couple bozos. Andrew ended up getting an edit in that night and we used most of what he first put together.

Man-hours were minimal. Stress was minimal. The product was good. Also GoPros are fucking awesome and a new brush is always nice to have in your arsenal. I’ve learned a valuable lesson of just limiting yourself and drawing lines; implementing that here was as smooth as could be. New wonderful technology is great, but it’s all in the idea, and making sure that idea will make execution as easy as possible, especially when you are on a time and resource limit.