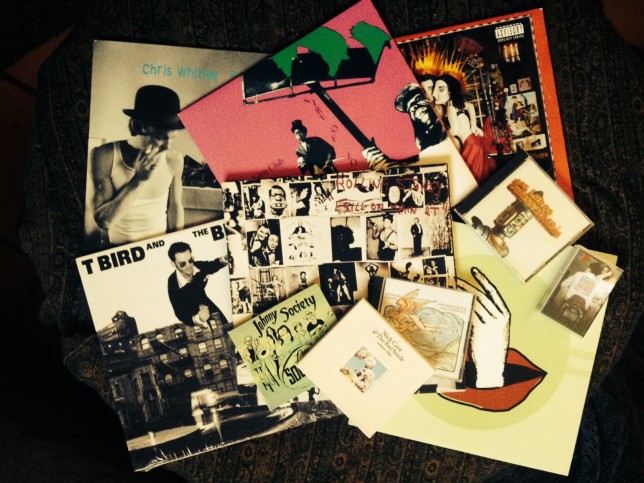 If you’re an independent musician who manages your own career, you’ve probably read a ton of blogs about how to do it effectively. I certainly have; being able to make a better living making records and playing shows has been the focus of my adult life. Many of the articles I’ve read are helpful, but I’ve noticed a trendy topic that keeps popping up in a lot of these blogs: full length albums are on the way out, and singles are coming back.

This in itself doesn’t disturb me; the music business is always changing, and with technology constantly evolving, the listening habits of music consumers is constantly in flux as well. What bothers me is that more and more articles are putting pressure on artists to eschew the physical album as their primary vehicle of releasing music in favor of making digital singles. The reasoning behind this is obviously sound from a business standpoint: you’re making a product, so adapting to the wants and needs of your customers is essential. Most people download single songs or use streaming services; album sales continue to dwindle. The benefits are many: quick studio sessions vs. long and expensive ones, the ability to release music often and therefore stay relevant and constant in the mind of the listener, etc.

I understand all of this and would love to apply it to my own career, but for one problem: I LOVE albums. CDs, vinyl, cassettes, whatever—I love going to the record store to look for them, I love holding them in my hands, and I love that, at least since Blonde on Blonde and Rubber Soul came out, they have often been a collection of songs that represent some kind of unified artistic statement. Marquee Moon, Trout Mask Replica, The Las Vegas Story, and Let Love In, to name a few, are not collections of singles. they’re more like suites; sonically uniform, with repeating lyrical and musical motifs, and taken as a whole they represent a chapter of the artist’s life. Making full-length albums is an art form, and it’s something I wanted to do as soon as I picked up a guitar.

Here’s the point: if I feel this strongly about albums (both listening to them and making them), there’s got to be other musicians out there that feel the same way. And to those of you that share my passion, I beg you: please keep making albums. If vinyl seems cost prohibitive, CDs at least are super cheap to print, and if you play a lot of shows, you’ll sell them. In my experience, people who go out to clubs like to support independent artists, and they’ll buy your album if for no other reason than to have a souvenir of the evening. At a certain point you have to stop trying to adapt to the ever changing music business and just be yourself. If you don’t feel like you’re in a singles band, a digital download band, or a YouTube sensation band, then make albums. For my part, It’s as integral to my identity as the songs I write. Telling me to record often and release singles is as antithetical to my philosophy of art as saying, “you know what’s popular right now? Country. You should be a country singer!” But I don’t do that. I play rock music, and I make albums. You have to be yourself.