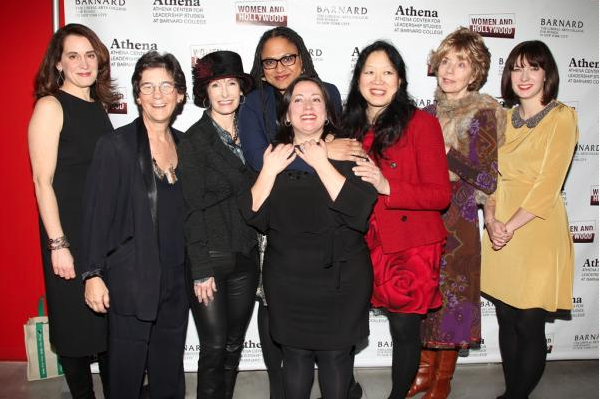 Guest Blogger Emily Best is CEO and founder of Seed&Spark, a film-centric crowdfunding platform that uses a fair trade model to produce the best films with the most receptive audiences. Originally published at Seed&Spark.

All right, everybody. The Center for the Study of Women in Television and Film released a really depressing study: 12% of protagonists are female. Only 30% of SPEAKING ROLES are given to women. Women of color are almost left out entirely. The headline in Indiewire was actually, “Sorry, Ladies.”

An “Independence Film” is produced in a culture of plenty.

Around here, we look at those numbers, and we take them personally.

The numbers are just a distillation of a set of facts that reveal the internal bias of a system that was built long ago (the current studio and TV system) and has its own momentum to the tune of hundreds of billions of dollars a year. As they have since the inception of the movie biz, people are still masking prejudice with economic arguments, as if white people (and mostly white men) are the only movie stars who exist and can bring in the bucks. We can point furiously to examples to the contrary, and yet the system with its incredible inertia is very, very slow to change course.

From inside the bubble of the glorious Athena Film Festival at the beginning of this month, it was difficult to feel anything but hopeful. I met so many incredibly smart women making beautiful films and training the women around them; they were constantly reaching a hand back and pulling other women up behind them. They were excited about exploring new opportunities to build better business models for themselves, about collaborating and sharing, supporting and promoting.

And thank goodness, because it’s clear the system as it is will not do it for female filmmakers anytime soon. Looking at the numbers, in fact, we are sliding backwards.

When watching these women interact at the festival, and meeting so many more incredible women all over the country making their films by any means necessary in every city and town you can name, what became clearer to me than ever is that “independent” does not mean “alone.” A single independent film is typically the collaboration of between a dozen and several hundred people. And as an industry, I do not think we can succeed in creating the momentum we need to bump the big beast in the right direction if we do not do it together.

I’ve started tooling around with the term “Independence Film.” It’s a class of film that wants to give rise not just to its own voice, but to contribute to the rise of hundreds and thousands of other unique voices. It is a class of film that is produced in a culture of plenty. It teaches as it learns, shares what it knows, offers resources to other filmmakers, and contributes to a new system that doesn’t require any more shitty reports about how we’re still racist and sexist. Independence Film is about how there’s enough for all of us because we’re making it together—for everyone’s independence.