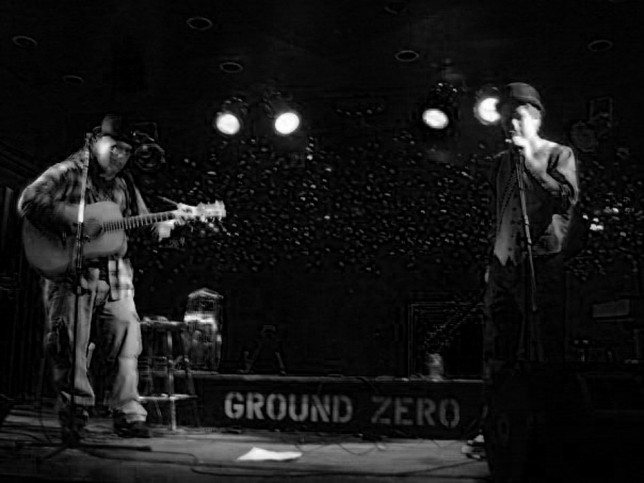 The first performance I ever booked and promoted taught me a bunch of hard lessons about the music industry. Some of them, I’m still learning.

It was my first real band, the first band to play our own songs, a name that we had agreed upon (unlike my garage band that never left the garage), and the earliest inklings of an aesthetic. We were called Lathe Symphonic, and if you don’t understand the name, that’s fine because we didn’t really, either. The band is now defunct for various reasons, but back then, we were really excited about performing. We both had ambitions about performing professionally.

Remember that when your friends attend your events and support you, that is a generous gift.

I was 19, and I had been going into Seattle to play some open ­mic nights for about a year before teaming up with a great lead guitarist named Ira Carrithers, whom I knew from high school. After a few sets at the open­ mics together, and after playing a house party or two, I figured it was time to play a proper venue show. We had a set of songs we thought sounded pretty good. We had been playing these songs for people, and people liked them. And we had a name! All of that should have been enough, right?

Those of you who have some experience in booking already know the answer.

We booked a date at the local teen center and brought on two other acts to form the bill. One of them was a local guitar chanteuse named Intisaar Jubran, the other was a fellow named Jerry Peerson, a singer/­songwriter I had met at the open mics in Seattle, whose work I enjoyed. My sister made a flier which I handed out to all of my friends. I thought, surely our friends will come and support us. Surely. We’re good enough; people like us. They’ll come and support us.

When the time of the show came, only about 30 people showed up. At a house show, 30 people wouldn’t feel bad. It would be cozy and fun, just right. But at a rock venue, with a stage and a door person and a sound tech? A space that usually holds well over 100 people? That same number felt like a sad little drop in a sad little bucket.

And what about all of the friends who weren’t there? They had perfectly valid reasons for not being there. Theater rehearsals, family events, other obligations, other plans. I couldn’t blame them for not attending. They had lives that did not revolve around my little concert. I couldn’t allow myself to be hurt by their respective absences, or else I wouldn’t have any friends left.

I couldn’t allow myself to take it personally.

On top of it all, I had the gall to ask the booker if we had made any money at the end of the night. I do not remember what they said in response, but I imagine there was much veiled contempt towards me, and rightfully so. I hadn’t done my job very well, and yet I still expected to be paid for it? Talk about entitlement.

Our set was good. Everyone performed well, so I have no regrets about that. But I also came to realize that performing well isn’t enough. There is so much that goes into producing quality events. I’m still learning about it all, nearly ten years later.

What had I not done? What I done wrong? The thing is, I hadn’t reached out beyond my little circle of friends. I hadn’t hustled to promote the show. There was no networking done at concerts to talk up my own show, no postering around town, no fliering around school. I had imagined that my circle would be enough. I hadn’t worked to get the word out, and I hadn’t worked exceptionally hard to make our set worth seeing, unforgettable, impressive (I mean, it was two white dudes playing amusing guitar rock songs, so it was not exactly groundbreaking). Back then, I didn’t really know what it took to make a successful concert happen, and what a successful performance entailed.

Remember that when your friends attend your events and support you, that is a generous gift. It is a gift of their time and their attention. Treat it like a gift, and on top of that, make it worth their while to have given it to you.

And for goodness sake, get out there and hustle.