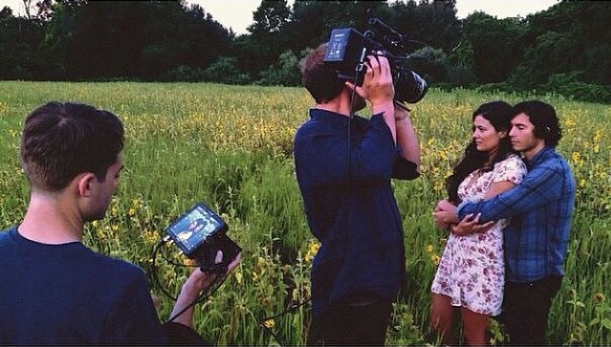 On location for “Echoes” music video with cinematographer Justin Derry.

Adrian Centoni is a writer/actor/director from the western United States. Over the past year he formed a strong collaborative team with cinematographer Justin Derry. Their short film Neither Shadow of Turning, shooting on 16mm film, is currently being funded on Seed&Spark.

It’s 12:22am on a Thursday night. Well, I suppose it’s Friday now. I missed the deadline on this article once and I vow not to miss it again. Let me explain.

I’m making a movie. This dumb plan started when I had an idea, then thought, “Hmm, wouldn’t that be interesting?” The answer to that question was, “Yes, it would.” It’s interesting that six months later, I am working three jobs and trying to maintain a crowdfunding campaign and refine my script and rehearse with my wonderful actress Anne-Marie Mueschke and discuss logistics with my co-director/DP and keep up to date on what’s happening in the world and keep my head from exploding under all this stupid pressure. What have I done? “Wouldn’t that be interesting?!” Yeah, it definitely would, you idiot. Why did I feel the need to do this now?

But that’s the thing—it had to be now. There was no other choice. We create because we are forced to create; we cannot control the paint that pushes itself out of our brain tubes and onto that canvas. We are compelled beyond any sense of reason to create. We must sculpt, mold, splatter, click keys, expose the film and check the gate. It’s a necessity. No matter what else is going on in our lives, we can’t shake those persistent little ideas, that feeling. That’s what it is for me—a feeling. I can go about my day trying to ignore it, but that little spark of creation hits like a drug and has lasting effects that are just as powerful.

Just last night, before our rehearsal, I was filled with fear. What’s going to happen tonight? How is this scene going to be blocked? I was a nightmare of nerves. But when I got there, we started talking and blocking and something happened. There was a singular moment when Anne-Marie disappeared and became the character of Anna. She then delivered a line so heartbreaking and inspiring that I practically melted. It was in this moment that I thought, “This is why we are doing this.” That feeling is why I do this.

Shooting test footage for Neither Shadow of Turning.

I go about my life feeling very desensitized to things a lot of the time, but then I have a moment like this one, where art stops me. Levels me. It takes hold and washes over my existence. It’s a good book you can’t stop thinking about for months, a film that moves you to a place you didn’t know you would ever experience, a painting that gives you some peculiar nostalgia. It happens unexpectedly, but it is oh-so rewarding.

So I punish myself looking forward to the next fix, hoping to get something sooner than later to take the edge off of how punishing it is to not live in those moments all the time. Maybe it’s just me. I’m sure everyone has their reasons for making what they make, but for me it’s those strange and unforeseen spurts of feeling. Justin Derry, my cinematographer and co-director, always tells me I’m being too sentimental. But is that such a bad thing? If it’s real and it moves me, I say lean into it. If it hits for me, it’s bound to hit for someone else. We don’t want our dark, dramatic film to be sappy, but still, I don’t want to castrate it of that spark, that tenderness.

Last May, I was walking down Sixth Avenue in New York and I stopped to cross the street at 23rd. As I looked around the bustling, busy intersection, a mysterious woman looked at me. She had the most tragically defeated look on her face. Without thinking I spouted, “You’re the saddest person I’ve ever seen. Are you all right?” She nodded, told me she was just tired from flying, and went on her way. But in that moment when we locked eyes, I was overcome with some odd emotion. Something different. She was only a traveler passing through, but still, that fleeting instant stuck with me. That’s that fix I’m chasing. That’s it.

So here I am. It’s now 1:45am. The seconds tick on and I’ve sufficiently yammered ad infinitum about something intangible for way too long. If only I could truly articulate it the way I experience it. Wouldn’t that be interesting? 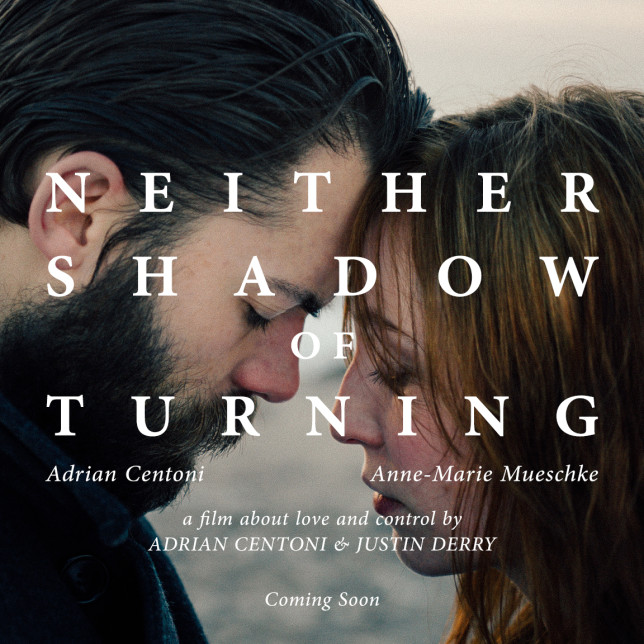