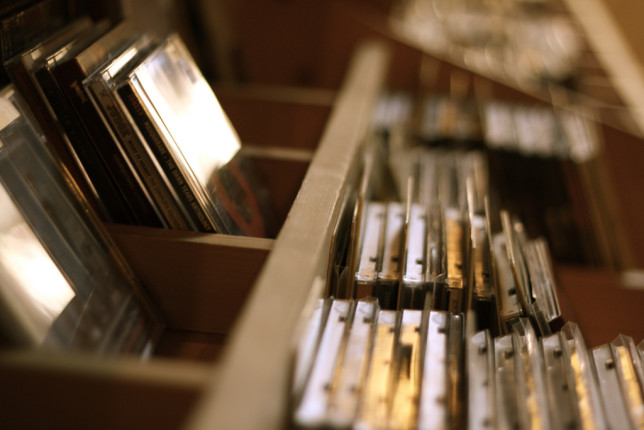 No recording is going to be the perfect, end-all statement on a particular song.

I’m currently working with an artist who’s been working on the same record on and off for close to two and a half years. We’ve spent well north of a thousand hours on this project over that period of time. We’ve produced the record once, completely remixed it twice, and are currently on our second round of mastering. It’s an epic project, sort of insanely so.

(I want to take a sidebar here to say that, in this very specific case, it may actually end up being worth it, because the artist in question is extraordinarily talented, is doing something musically unique, has a tremendous long-term vision, and has raised herself a formidable budget. She wants to debut this body of work at Disney Hall with a 100-person dance troupe, and you know what, she’ll probably pull it off. She’s one in a million.)

But what about the rest of us? What about normal artists, singer-songwriter types, who have written some songs on their acoustic guitar, who don’t have infinite budgets, and who are embarking on making recordings? Is this type of obsessive long-term epic recording project healthy? Is it a good idea to take a long time making and releasing recordings?

I want to make the argument that no, it’s absolutely not. In a recent and somewhat related piece, I talked about how it can be difficult for budding artists/producers to know when a recording is finished. In a computer-powered world of infinite possibilities, it’s all too easy to become paralyzed. What if I change this drum sound? What if that acoustic guitar were an electric guitar? Now what if it were a piano part instead?

You can go in circles. Any song can be recorded and re-recorded in any one of a thousand ways. No recording is going to be the perfect, end-all statement on a particular song. We’ve all heard enough great cover songs to know this to be true. So why on earth should we be obsessing and reworking and exploring every option? It’s so time-consuming. And our time is limited, and should not be wasted.

So I want to use my space here today to encourage you when you’re working on recordings to:

a) choose a path,
b) go down it as purposefully and efficiently as possible until you’ve finished what you’ve started, and then
c) put it out in the world asap and move forward.

This last point deserves a little expanding upon, because I think it’s the most important point here. Your goal as an artist is to tell a story of yourself, and to get that story in front of as many people as possible. To do that, you need to have your work out there, working for you. Every day that you’re revisiting a work in progress is a day that it isn’t out there in the world doing the work you need it to be doing on your behalf, pushing your story forward.

Further: I have this idea that the best records are snapshots of where the people who made it were at a particular moment in time. If you take too long working and reworking a record, by the time you put it out, that record may well no longer reflect who you are as a person. And I think there’s a real danger there.

My obsessive friend has devoted three years of her life so far to this record of hers. By the time she puts it out, it’ll probably be closer to four. That’s over 10% of how long she’s been alive. Will the record even still be relevant at that point to who she is as an artist or as a person, four years or more after composing this body of work? I think that as a unique, extreme situation, it’s a good opportunity for some abstract reflection. She’s betting that it’s going to work for her, and I’m taking that bet with her. But I’d also bet that taking four years to make a record won’t work for most people.

Indeed, I’d suggest that for most people, taking any significant amount of time to put out a recording could be a significant impediment, perhaps even a career-killer. Forward momentum is a real thing.

So: make lots of recordings, make them quickly, get them out in the world quickly, and continue to build your story. That’s my thought for the day. Let me know what you think in the comments!