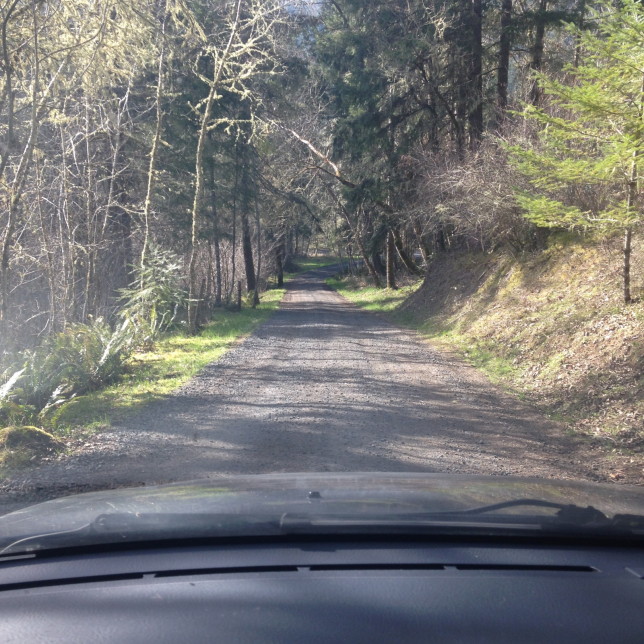 If you’re a touring performer/musician of any stripe, odds are that you’ll have to drive to some of your out-of-town gigs. And I don’t know if you noticed this but…America is really big. Like, tremendously big. It takes a long time to drive across it all. And don’t get me started on other countries, like Australia or Russia (because I have no experience in those regions and would have nothing to say about them even if you did try to get me started)!

Eventually, you’re going to have to find some stuff to do while on the road. Luckily for you, I’ve compiled a few recommendations, culled from both personal experience and the experiences of friends. To be honest, I haven’t traveled that much, in the grand scheme of things. With the exception of a rather exceptional jaunt to Finland and Iceland with my best friend Strangely last year, most of my performing has either been local or for recordings.

However! Having just returned from a brief solo trip through western Oregon to play a few sporadic house shows in new places and meet some new faces, I feel compelled to share with you my findings on that trip. Maybe it’s the wild excitement from having been able to support myself all the way through the trip without losing money, but I’m feeling a little generous with my wisdom today!

Have I truly gone mad? Has delirium set in? It’s hard to say. Read on, and you be the judge.

Okay, far be it from me to tell you how to run your show, but it isn’t such a bad idea to talk or think about how you’re going to introduce your work. After all, your fans aren’t just showing up to hear your music! If they wanted to do that, they could just sit at home and listen to your record in the comfort of their own home and in the comfort of their own booze. They come to your show for the show of you! I mean, you don’t have to script out your banter word for word, but at least having something in mind can be helpful. It’ll help you out if things get awkward while in front of an audience (and let’s face it: Awkwardness is inevitable to a point, and I’d also argue that awkwardness is crucial).

Of course, if you perform regularly enough, you probably have your banter down pat already, so instead, come up with some inside jokes that no one else will understand and relentlessly try to get people to understand the joke out of context.

A long and storied tradition of professional musicianship, the “On The Road” song has had many different manifestations over the years. And it’s totally natural! All the emotions that come with tour—the loneliness of the long drives, the exciting nature of the performances, the frustration, the boredom, the exhaustion—combine into a heady mixture of feelings that have inspired many different creators. So consider writing something about how much you roam and how much you miss your home, how your desire is like a burning fire, and how much you miss your lover’s kiss. The power of this complicated emotional state compels you!

3. Come up with really pithy comebacks for that heckler from two days ago and wish you could travel back in time to say them.

“You suck! You sound like a goat having an orgasm!”

[A rift appears in space-time, and future-you appears, wearing a robotic arm and an eyepatch.]

“That’s exactly what your mom said last night. But then it turned out to be an actual goat! Moral of the story: don’t have sex in barns.”

[Future-you returns to the rift just as it closes.]

4. Listen to the CDs you get from local groups.

As you travel across this land (whichever land you belong to), you’ll end up interacting with other acts on the way. At least, you should, because touring is one of the best ways to forge connections and network with your peers. Another performer who likes your work might be interested in sharing their work with you, be it by trading CDs or gifting. Maybe you won’t like their work. Maybe it isn’t quite finished or polished or ready to be heard. But the least you can do is give each song 30 seconds of your time. I mean, you’re on the road. You’ve probably got the time to spare. Thirty seconds of song might surprise you. That’s plenty of time to transition from mystical acoustic folk ballad to electrifying rock opera; you never know what you might find.

5. Sing/speak your favorite lyrics in the vocal style of other singers and actors.

Have you not tried this yet? Seriously? Come on, now. Imagine Tom Waits singing Alanis Morissette, or Sean Connery reading the lyrics of Lady Gaga. You’re missing out on hours and hours of entertainment. Guys? Hey! Where are you going?

Driving by yourself, you intrepid solo artist you? Don’t forget to talk to yourself! Check in with yourself, ask yourself how you’re doing. Have a real conversation. Get to know yourself. Sometimes, being locked in a car for hours on end with only gas station food for sustenance is the best way to have some real talk. It’s okay that you’re alone. It’s totally okay. It’s totally okay. It’s fine. Everything is fine.

7. Do not text or surf the internet while you drive.

Come on, now. That’s what God invented rest stops for, for fuck’s sake.