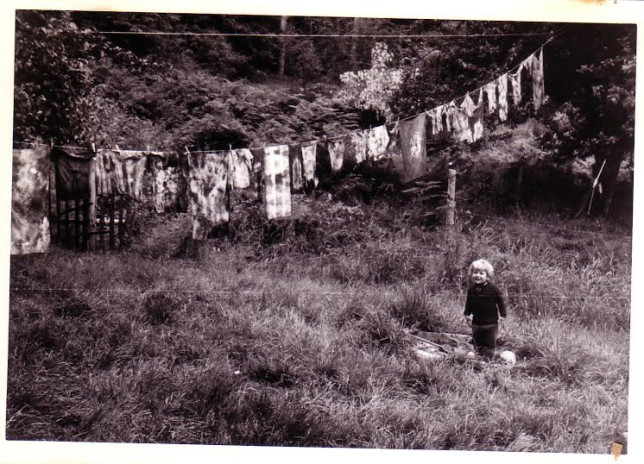 Tai Uhlmann is a filmmaker and the director of The End of the Road, a feature film that is currently being crowdfunded on Seed&Spark.

Filmmakers tell stories they are passionate about. They make films about what they know.

I have directed two films and am directing my third. I have always chosen subjects that are of a community I am close to or part of. For my first film, Bad Jews in My Kitchen, I interviewed Jewish lesbians (I was a lesbian at the time; I am still Jewish) and learned more about the contradictions inherent in their identities. My second film, For the Love of Dolly, explores fandom, obsession and devotion through the eyes of Dolly Parton’s most fervent fans (I thought I was one until I made the film). Now I am directing The End of the Road, a film that tells the tales of escapees from Vietnam-era US to nowhere Canada in the 1960s and ’70s and their search for Utopia. I was born to a couple of these escapees in Lund, British Columbia, at the very end of Highway 101. My parents were looking for a clothing-optional Garden of Eden far from their previous homes in New York and Chicago.

A story that stays in someone’s mind and creates its own myth is the kind of story I like to tell.

I am and have always been drawn to tell the stories that parallel my personal experience. The challenge is: How do you keep perspective, forget what you know, and make a film that will appeal to people outside your living room?

I start with the stories that stand out the most, ones that made people laugh or cringe. These are the stories that resonate outside one’s bubble of experience. Since I started working on this documentary about Lund and the people who live here, I have had people come out of the woodwork and tell me a story I told them 10 years ago. You never know when a piece of your life got lodged in their brain and stayed there.

A few weeks ago, my friend wrote to me, “I remember when you told me that your parents still slept on the stained bed that you, your brother and your sister were all born on. It made my closet hippie very happy.” I replied: “As a follow up to the mattress story, my folks finally got rid of that mattress and bought a new one, then I came home pregnant and ended up having a home birth on the new mattress! So that one is now stained for the next generation!”

A story that stays in someone’s mind and creates its own myth is the kind of story I like to tell. But everyone will have their own experience of it. Even a story that seems so specific to you can become something that others relate to and are entertained by. 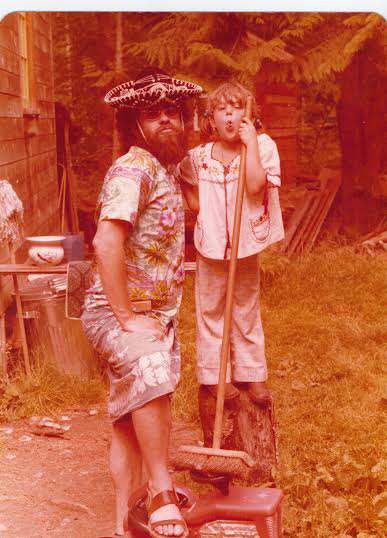 I moved my family from New York City back to my hometown of Lund in 2010.

I loved growing up where nature was everywhere and grown-ups were fun (because they were often engaged with chemically altered states). I wanted to give my kids the same shot at that childhood (just with less weed). I also knew that the time was ripe to make a film about this aging community before the stories were lost forever.

So here I am—literally surrounded by my film day in and day out. Every party or family function I attend, my subjects and interviewees surround me. Every time I lift my camera to take a picture it is assumed that I am working on my documentary. Every moment of every day I think, “Should I get a shot of this for the Lund doc?” I have chosen full immersion for this film and so far, so good!

I know that no filmmaker is completely objective, but here are the things I try to remember to keep perspective in this incredibly immersive creative endeavor.

1. Work with great people who offer insight freely and are NOT as integrated into the subject as you are.

When I worked on For the Love of Dolly, no one on my crew was a Dolly Parton fan so they helped keep me in check. I think Dolly can be so intoxicating that all of us working on the film lost perspective from time to time, but because we had each other and a few less intense Dolly fans on board, we managed to find our way back.

2. Listen to what people are actually saying and remove your filter.

Even though you may have had a similar experience or can relate to a person’s perspective on some level does not mean that you understand it. I find the moments after someone has answered my interview question bring revealing surprises. Keeping the camera rolling and giving someone the space to talk often leads to a place you would never have known to go. I had asked one of the fans from For the Love of Dolly about what Dolly Parton meant to him and that thread of conversation lead into a story about the death of his wife in a car accident, a huge turning point in his life.

3. Before every interview, remind the person that this is a film for human consumption, not a diary. ONLY talk about what you are comfortable with other people seeing.

By reminding them explicitly, you don’t have to worry about whether or not you are “overexposing” someone you know and love. That said, it is also important to know when too much is too much! One person, whom I cannot name, allowed us to film her in a situation that seemed bizarre and kind of funny at the time, but when it came to editing her story, we chose to leave that footage out. We felt it would weird out the audience so much that it would distract from her story.

4. Be respectful and trust yourself.

This sounds corny, but try to remember that everyone has an opinion on what you are doing and will offer their two cents. In my case, the community the film is chronicling is also helping fund the film through Seed&Spark‘s crowdfunding platform. I am emailed often with suggestions or thoughts on what this film should be and who it should include. This can be challenging, but it is also amazing to have such an involved and activated core of people who I know will help keep me and the project authentic! 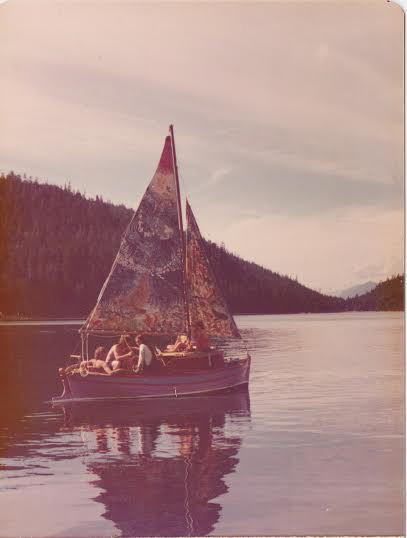