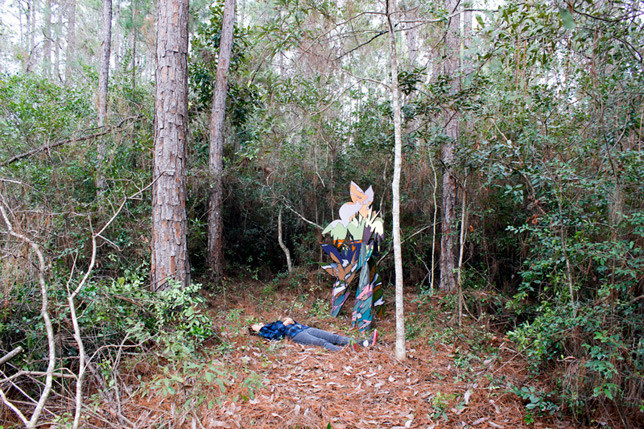 As my family and I were watching a historical reenactment of the Battle of New Orleans, my ear drifted to the conversations being had by the audience. “They should have grated the land up a bit so more people could see,” said one guy to his friend. “Well, technically, we are standing at Jackson’s line, so there should really be soldiers behind here,” a woman dressed in historically inspired period attire pointed out. I giggled to myself at the entire scene. Here we all were, standing out in the cold to observe a bunch of people in costumes reenact a battle that took place over a hundred years ago, and to this day, people cannot help themselves from sharing ways to make the entire experience better. Regardless of the fact that a majority of these observers had no real weight when it came to war or theatrical production, everyone was a comfortable expert of their own opinion.

Before we dig into some grit about myths and mentors, I have a few wild beliefs of my own: Myths are a system of stories that guide us on a spiritual journey, curses are driven by fear, and mentors are the mythical creatures to whom we aspire to become more like.

Scientists learn about survival behaviors through observing, and with me as a young artist, it was no different.

In the beginning, our mentors are parents and family, then teachers, then friends, and at the point when we seek guidance from those who have taken a similar path to the one we seek is where this conversation begins. My first mentor was a professor who was a walking encyclopedia of art—I would show him my sketchbook, and he would respond with a list of artists to research and books to read. He would leave lists of quotes and links to websites in his students’ mailboxes, and sometimes he would share slideshows of his travels and residencies with us.

What I have primarily learned about mentors is that they come into and out of life unexpectedly. One day you’re just going about your day, and suddenly you run into someone who has a wealth of knowledge to share. Wanting to share is a key ingredient to being a great mentor, and wanting to listen is necessary of the apprentice. Mentorships needn’t be structured or even announced, such as the nature of relationships that are non-exclusive, and sometimes people become a series of teachable moments without even realizing it. So without naming names, I’d like to share a list of things I’ve learned from my “mentors,” things they’ve said to me, sometimes literally, and sometimes over the course of time.

Scientists learn about survival behaviors through observing, and with me as a young artist, it was no different. Navigating the mysterious world of creating your work and sharing it with others, I was fortunate enough to be invited into the life of a very successful artist, and one of the first things she told me to do was just to “watch” her. She wakes up around seven in the morning, has someone around who fixes her breakfast and coffee, and cabs it into her studio, a storefront in a medium-traffic neighborhood. She proceeds to work from around 8:30am until around 6:30pm. There were very little breaks. She was prolific because she wanted to be, taking her role as a visual storyteller not as a career, but as a calling. She told me to write down exactly where I wanted to be in five years (classic visualization) and just go to it. She said that not everyone is cut out to be an artist—that many of the young artists she sees will not continue making work because it is difficult, and that many will not be successful because they are afraid of learning to fly. She was right.

2. “Art is inseparable from community.”

In a conversation with another mentor whose work can be described as contemporary social realism, I expressed that perhaps I was more of an escapist than an activist by living out here, painting in the woods. Through these exchanges, and the concurrent reading of Mark Rothko’s The Artist’s Reality, I came to acknowledge that the work of an artist is inseparable from his or her community, regardless of directness, location, use of representational techniques or content. We cannot help our role as personally distorted mirrors of our world. With this gift comes responsibility, not just to your work but to your neighbors and future generations. How you behave as an artist determines what is acceptable and what isn’t, and more importantly, how art and artists are regarded in society.

I had received news that a curator who owns my work nominated me for a prestigious award, and so the burden of proof came: Was I deserving? Would I be selected? And moreover, how am I going to explain myself clearly enough so they can see that I’m not kidding around?

The simple task of submitting images of my work, a statement, a resume and references weighed on my mind like a glorious terror. One mentor introduced me to another who shared this gem: “You don’t have to participate in the academic art world if you don’t want to.” But really, you don’t have to think of yourself in terms of being in museums and having books published about the context of your work in the greater picture. There are many ways to be an artist, so if you’d rather just stick to the retail circuit, then work that circuit. If your idea of a prize is to tell stories for museums, then go for it, but don’t stress out because you don’t belong or feel that either path is less of a contribution to culture. Even working anonymously is better than not working at all. I realized that I was stressed because I knew what I wanted (to participate), and was simply terrified of judgment.

I didn’t get the award (and I don’t feel I’m allowed to whine about it, since being nominated is still a great honor), but walked away from the experience with an understanding of what in the world I really wanted and became more accepting of the paperwork involved. 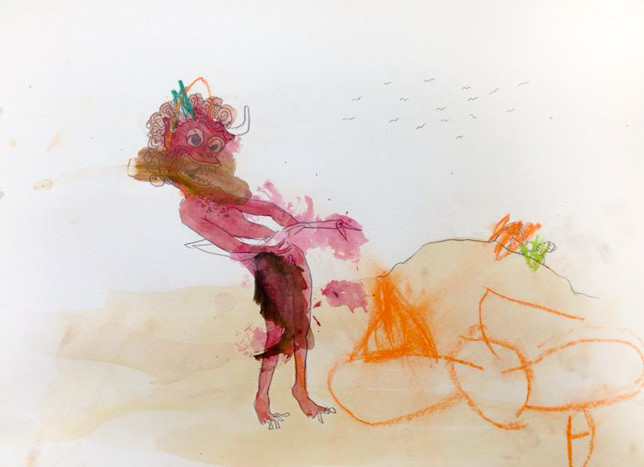 I may have learned this a little too late. Walking away is a powerful indication of tolerance, a common negotiation tactic, and often the best thing to do in the face of a red flag. Just walk away from opportunities that aren’t right for you, people who don’t respect you, and arrangements that are unreasonable. Once it has been decided, learn how to walk away gracefully, leaving the baggage behind and your windows open.

This lesson often reminds me of faith. In my early twenties, many people graciously welcomed me under their wings as I assisted them in accomplishing their goals. When it came time for me to focus on my own work, some of my mentors became my colleagues, and some of them didn’t. Everyone has flaws, and it’s important to identify those in your mentors and not make them your own. Be wary of “mentors” who don’t seem to be associated with successful apprentices, or whose names seem to elicit eye rolls and/or unflattering remarks. No one can be free of criticism; just as employers use references, so should artists who seek guidance. Chances are very good that if you find a mentor who always seems to be bad-mouthing other people or events, it’s only a matter of time before your name arrives on their chopping block. Get ready for that moment—that loss of faith in people when you realize that they are just human.

I don’t think that we ever outgrow a place for mentoring in life as long as we’re growing, and I’ve found that listening to advice really happens in two parts: receiving and sorting. In receiving, we stay open to what is coming to us and try to embrace the point of view of the source. In sorting, we are guided by our intuitive voice that evaluates the information according to our conditioned inner compass, and then act by either keeping or discarding the advice.

Let’s hope I’ve given you a few keepers for your journey.