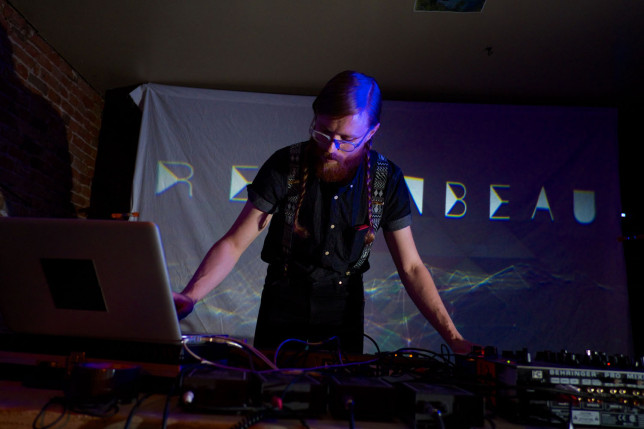 After reading Pat Graham’s recent article “Is Music Photography Dead?” on Huck, there was one sentence that stuck with me: “If you look back at what people call great music photography, a lot of it is based on pictures of bands before they were famous, or at very small venues when no one else knew what was happening.” This is exactly what I find here in Albuquerque: talented musicians letting me into their world for the sake of preserving the moment.

I would rather that the tension and excitement stay high and Albuquerque rides it forever.

In 2014, I launched gig magazine. Almost every month for the entire year, I would reach out to a local band and work with them to make an issue of the magazine that represented them. Each issue featured photographs and an interview of just one band at one show. Looking back I essentially photographed, danced and interviewed my way through some of Albuquerque’s amazing talent. The thing almost every local musician told me, or at least agreed with when I asked them, was that Albuquerque’s music scene was primed and ready to explode. Every show I went to in 2014 (and the one show in January 2015) I could feel that electricity in the air. 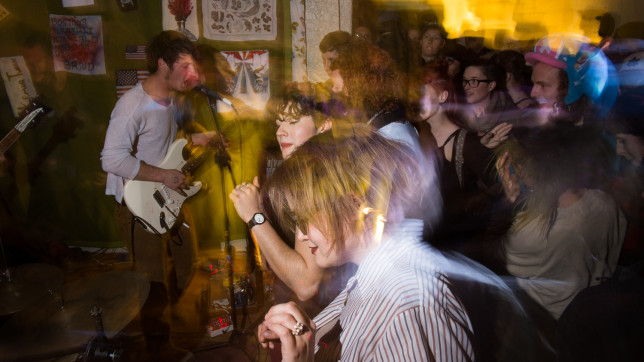 YOU at The Bungalow | gig magazine issue 9.

Musicians alone do not create that electricity. It also takes great venues, loyal fans, and dedicated promoters to get them all together. Albuquerque has the whole spectrum of venues—house shows to amphitheaters—with new ones opening every month. This gives bands and promoters the ability to craft thought-out shows with lineups to match the space. The best thing is that the smaller venues are occasionally landing bigger bands often with local bands on the bill. This is healthy for the venues because it helps them pay the bills. It’s healthy for the bands because they’re exposed to more people and reinforced with their already loyal fans.

There is a sense of local pride among the bands I met. Some of these bands have left to bigger cities “to make it big,” but they came back. Not because they didn’t make it big, some did, but because there is something about the fans in Albuquerque. 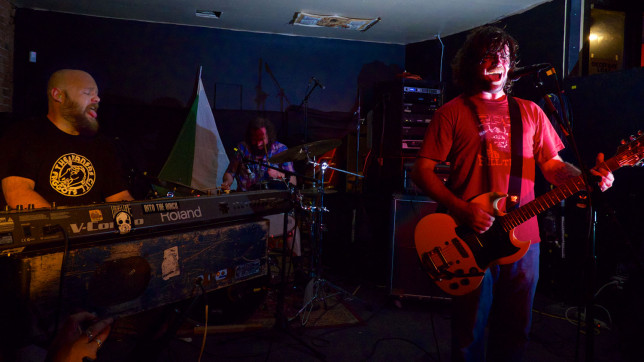 One thing that made me excited for every issue was the openness of the musician community. After finding out that I was there for them, they would welcome me in. Once I was inside their community, I learned how much they worked and collaborated together with the goal of making great music. Maybe I was a bit novicelike to the scene, but it seemed like there was more of a focus on the music itself rather than a focus on the money. It reminded me of the hippie mindset of the late 60s and early 70s with the DIY attitude from the punk scene thrown in.

Albuquerque’s music scene is about to explode, but I really hope it doesn’t. I would rather that the tension and excitement stay high and Albuquerque rides it forever. I do not want the big-name artists stopping here every week. Although that alone isn’t a bad thing, the venues will book less local talent and the fans will skip a local show to go to the bigger shows. But alas, the wave will crest at some point and the high water will recede. When all that happens, who knows? For now, let’s all enjoy the music and go see some great shows. 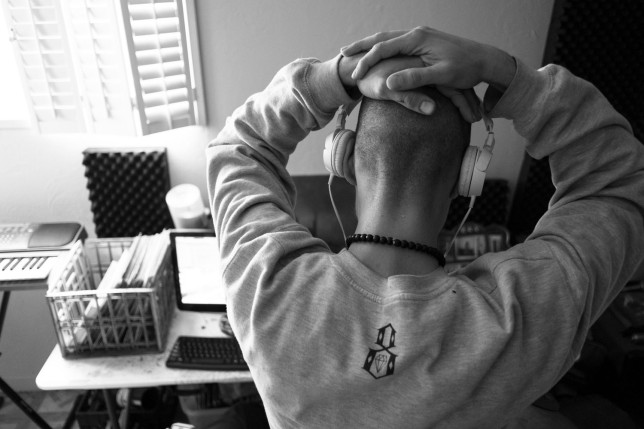 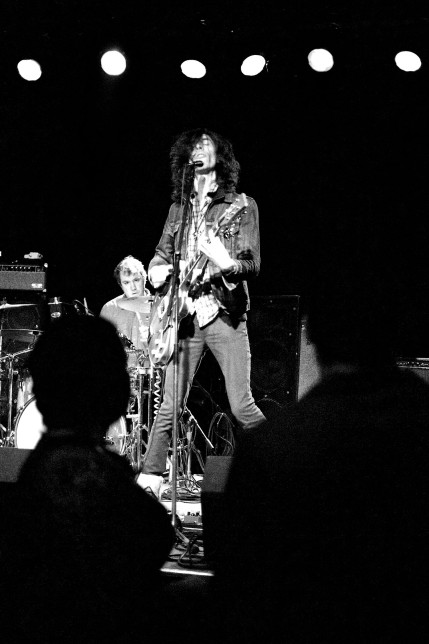 gig magazine is a music magazine for musicians, venues and fans alike. It was founded by Justin Thor Simenson in 2013 as a publication of Imagination Included Photography.

Justin Thor Simenson is a roaming photographer living in Albuquerque, New Mexico. He finds inspiration in the works of past New Mexico artists, the rich New Mexico culture, and the beautiful landscapes. Justin adds his own voice and vision to the photographs he makes but also tips his hat to the past.