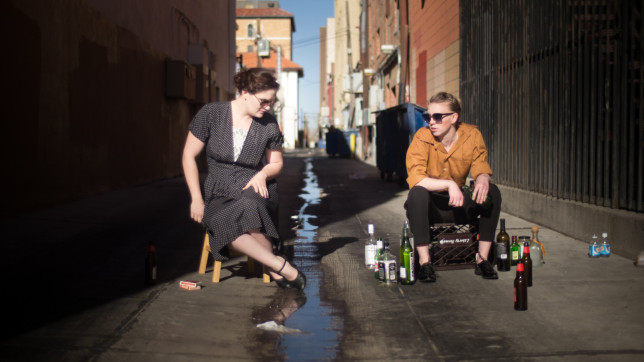 Last winter, I directed my first production: a two-woman show called EllieIda, which PlayHaus is revamping at The Box Performance Space, May 9 and 10. We broke rules, we borrowed a lot of stuff, and we worked our asses off. It was a hell of a learning experience. It was an intense three weeks. It was a damn good show. And now that I’ve directed my first play, I’m clearly an expert. Not really. But people loved the show and I did come away from it with a few key lessons. So if you’re considering directing for the first time, or you’re already a director and want to see what this noobie has the audacity to purport to be the truth, then keep reading!

A theater director has a significant amount of self-determination. You decide the weight of your own hand. You could direct by simply smiling at the actors and remaining totally mute during rehearsal, or you could go to a Robert Wilson extreme. (In her book A Director Prepares, Anne Bogart shares an anecdote wherein Robert Wilson spends the first 45 minutes of rehearsal determining the position of a chair onstage.)

Don’t forget why you’re there. It isn’t for you, it’s for the play’s path to the audience.

Let your actors find their way. It’s probably better than your idea.

Directors love to direct for a result. You’ve read the play, you know that Nina is super sad about that super symbolic seagull, so you tell your wonderful actress playing Nina how sad she is about everything. To the absolute best of your ability, never say: “be [emotion].” Ever. I understand the urge: You know what you want out of an exchange; you tell the actors what you want, and voila! Wait, no…that isn’t right at all. What you just did is make the actors incredibly self-conscious.

Actors need circumstances and a goal to pursue. Discuss what’s happened immediately leading up to the scene, what the actors as the characters want from the scene, and then work on specifying that. The actors, God bless ‘em, will do the rest of the work. That’s why they’re there. If you have good actors, and you’re giving them opportunity to play instead of just hammering away at your vision of the scene, I guarantee they’ll do something way cooler than what you imagined.

Like the previous pro tip, don’t instruct; inquire with the whole team. If an actor asks, “Should I cross downstage left or downstage right?” Ask them what their impulse is. They usually have an answer. Same thing with designers. Always give everyone on your team full opportunity to at least express their opinion and impulses. Even if you ultimately decide not to go with what they suggested, you need everyone’s input. People see things you don’t. People are experts in their part of the game. While you need to be there to decide things from your grand contextual perspective, everyone has something to add. Also, if people feel comfortable fully expressing their work in your production, everyone is going to put their best foot forward. You know, don’t be a dick.

Read the play. A lot.

You’re the play’s best advocate. EllieIda, that show I mentioned as my only actual resume item, was written and performed by the same phenomenally talented ladies: Katie Farmin and Rhiannon Frazier. When we started rehearsals, I asked them to completely step away from the text as something they had written and attack it completely as actors. At that point, I had become the person on the team who had the whole play to constantly defend. Not one role, not one design element, but everything at once.

If you want everything to make sense, if you want every element of the production to fit into a unified whole, if you want the audience to believe the universe into which you just stuck them, you have to read the play a lot. Read it in your spare time, read sections that aren’t entirely clear to you, read it out loud, read it on the bus so you can ignore the guy staring at you. Don’t forget why you’re there. It isn’t for you, it’s for the play’s path to the audience. The audience should totally forget that there even is a director. 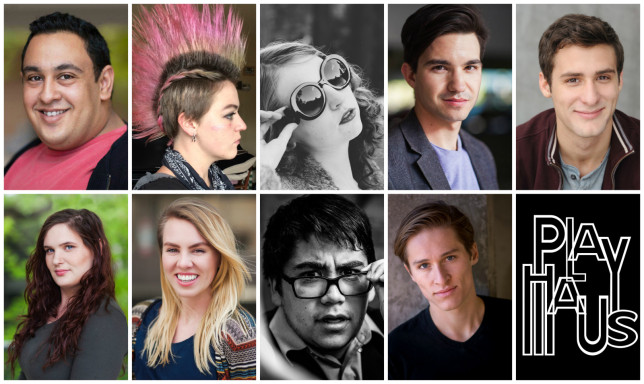 Only do it if you’re passionate about it.

EllieIda was something I was excited about from day one. Katie and Rhiannon are forces to be reckoned with, and when they asked me to direct their new play, I wasn’t dumb, I was like, “duh.” And because of that, I worked my ass off for the text as it was. If you work on a play you don’t like, you’re not going to do work that’s honest to the text. Audiences that might have liked the play will get a confused production. The director is the audience’s advocate. The director works for others. The director who works to serve his or her own vaingloriousness will make a crappy thing. We have enough masturbatory art, please don’t make more. Damn you, postmodernism!

Don’t be easy. Don’t be an asshole.

Don’t let anyone slide into B- work. Be frank, but don’t be a dick.

Don’t be afraid of breaks.

People are people. People get tired. Make sure people have time to drink water, snack, utilize the facilities, and take a breather. If you overwork your actors, it’s pointless, because they stop retaining anything and start hating you. If you plan well from the get-go, you’re not going to have to rehearse them until they’re stumbling across the stage, which is a great segue into:

You as the director pick the pace at which the production progresses. If you’re lazy, everyone will be lazy. Work hard and be organized. Be honest about how much work you’re going to have to put in from the very first day of production. But don’t let people see you getting overwhelmed. There was a day during EllieIda rehearsal when we had to figure out if Katie and Rhiannon were going to slap each other in their faces with pie (you really should see this show), along with the subsequent cleanup and a quick change that none of us saw coming. That was a solid 40 minutes that we didn’t have where we weren’t able to make a single decision. A lot of pie-slapping and depressed silence. Maybe everyone noticed the panic attack I was having, but I like to think I kept it cool.

Regardless, keeping it cool is what you should always do. If you need to step away and think about it, or even just clear your head, go for it. Ten minutes of breathing is way more productive than half an hour of panicking.

Some would say that this a stylistic preference over anything else, but they are wrong. Have you seen a movie in the last 10 years? Have you turned on a TV? How many times in the last hour have you glanced at your phone? Did you manage to get this far into the article without opening up a new tab or responding to a text or taking a selfie or looking at snapchat?

If so, bravo, I don’t have your strength. We live in an era where things are immediate. Information happens fast, because it can, and because people can take it. A lot of people love to rave and rant about how short attention spans are, but not only is this counterproductive, it’s a missed opportunity. People aren’t worse at paying attention, they’re better at taking in a lot of information. Your shows can be packed to the gills with nuance and noise, and people will get it all, as long as you keep up with them. The audience isn’t obligated to recalibrate their relationship with reality for a play; it’s up to you as an artist making art for modern people to keep up with those modern people.

Did you pick a great script? Did you cast great actors? Did you hire great designers?

When directing actors, always start from the basis of action. Anyone who has taken an acting class knows what I mean, but for those who don’t feel like taking a detour into academia before they begin their craft, “action,” in this context, means whatever the character is doing to get what they want. Every character wants something. Even if it isn’t clear from the playscript, giving a character an objective makes everything way more interesting. Then, you pursue your objective through action. What you want to do is organically allow the actor to enter the scene from their character’s perspective and allow the circumstances to work on the actor’s imagination.

Keep actors’ focus on each other or external sources. If they are delivering a soliloquy, have them specify to whom and why they’re saying it. If they have a scene partner, ask what they want from them and how they’re going to get it. Give them information to feed their imagination, and drag their focus, kicking and screaming, out of themselves and into the world of the play. An actor onstage is way more self-conscious than characters tend to be in plays, and it’s your job to support the actor in their journey outward. And never, ever, EVER take credit for it.

Ellielda will be showing in Albuquerque at The Box Performance Space on May 9 at 9:30pm and May 10 at 6pm.

Harrison Sim is an actor, director, writer, video editor, and graphic designer. He currently works for FUSION Theatre Company, designing and producing promotional material, running boards, focusing lights, and occasionally cutting pieces of lumber to specified lengths. He has acted in various productions in Albuquerque, will appear on Gunslingers Season 2 on the American Heroes Channel, is set to graduate from the University of New Mexico with a Bachelor of Arts in Theatre in the winter of 2015, and is directing EllieIda, the current PlayHaus production.

View all posts by Harrison Sim →