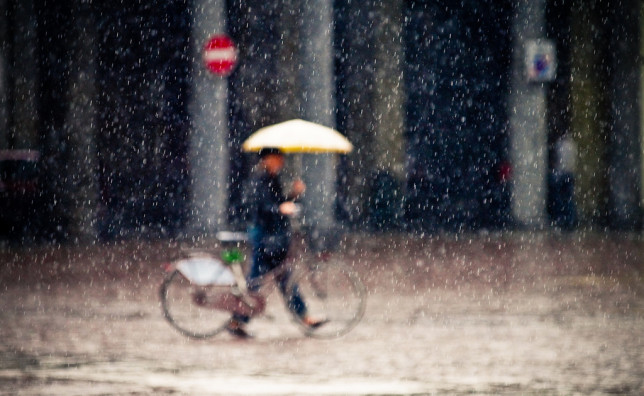 I recently had a chance meeting with another artist that inspired this amazing conversation. The question arose: How do you KNOW when you’re on the right track in life? Meaning, what changes or shifts communicate to you that you’re making the right decisions? We’ve all been there: broke, hungry, scared, possibly stranded with no gas on the side of the road mid-tour…. What tells you to keep going?

Only a few hours later, while I was eating a club sandwich and thinking of absolutely nothing, an idea suddenly materialized in my blank head that would fund my entire September project.

My answer was almost identical to his, but before I formed a solid theory I wanted more info. So I decided to call up a bunch of my working-artist friends and ask them the exact same question. How do you know?

What I discovered made me so happy! Without a doubt, the most common answer was serendipity. Serendipity is the number one sign that yes, you are doing exactly what you should.

How is it that we are all having this similar and BEAUTIFUL interaction with our own art and lives and no one seems to be talking about it? Are we all scared that we’ll sound like a bunch of weirdos?

Serendipity. Or, to speak in Magic 8 Ball terms, “All signs point to yes.” Things just start falling into place. You decide to take a leap on one thing, and it seems like 20 doors open. One phone call leads to four connections that leads to three paying gigs when you really only needed one. Something you didn’t even know you needed falls in your lap that causes you to change perspective, and that perspective causes you to turn left in a spot you normally turn right and then suddenly you are exactly where you need to be.

Last Friday was an extreme example of how serendipity works its magic on me.

I had reached that excruciatingly frustrating point where finances had become a real concern. Here I am in a very successful music career, touring the country, attracting an amazing fan base, actively booking in Europe, and I STILL can’t pay my bills without outside work. Yet I travel too much to have a “regular job.” GrrrrrrrrAAAAAHHHHH!!!

I had been up very late the night before stressing, searching for part time jobs online, hoping that after four years of struggling as a full-time musician I don’t have to just throw it all up in the air and go back to my dreaded sales job. Before I fell asleep that night, I looked up at the night sky through my window and threw out a tiny non-denomitational-apathetic-prayer, “Little help here, guys. I really don’t know what to do.”

The next morning I woke up to an email from a lovely lady-angel who had come across one of my blogs and wanted to hire me to write more. (It had never even occurred to me to write blogs for money.) Only a few hours later, while I was eating a club sandwich and thinking of absolutely nothing, an idea suddenly materialized in my blank head that would fund my entire September project. And then, exactly 20 minutes later, just in case I wasn’t paying attention to those other things, a PERFECT STRANGER said to me, “The Universe put me here today to tell you to keep doing what you’re doing. You’re on the right track.”

I am not making that up. My jaw actually dropped.

Serendipity. All signs point to yes. 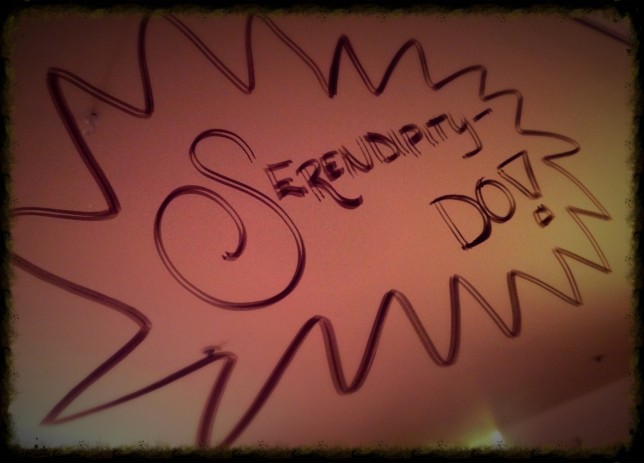 It’s not normally that blatant, of course. Typically, it’s rather graceful. Like quiet magic happening on the side. But once in a while we really need to have our face smacked off because we’re not paying attention. Or in my case, thinking like an idiot.

I had to initially learn how to spot serendipity. It was not natural for me.

A friend gave me a little assignment. Start writing down anything that makes you say, “Huh. That’s weird.” At the end of a week go back and look at them all. Can you draw the lines? What do they seem connected to? Do you hear a message?

It was an odd adjustment, but it was enough of a perspective change that after consciously making the effort to see my world this way for a few months, it eventually became natural. And after a while, I heard my own message: As long as I stay focused on making music, everything will work out.

But when bills pile up, and writer’s block hits, that big show that would have paid so well falls through, and that incredible industry person you meet branches into nothing, it’s hard to believe that everything will work out. Because being on the right path does not mean that suddenly everything is going to be easy. We still have to grow and learn and fail to get there. And grow. And learn. And fail.

It seems that’s why serendipity has a job.

We doubting artists need constant reminders that the struggle is worth it. We need an “atta boy” from someone els, since we are all our own bosses. We need a reminder that we have a higher calling.
We need to hear: