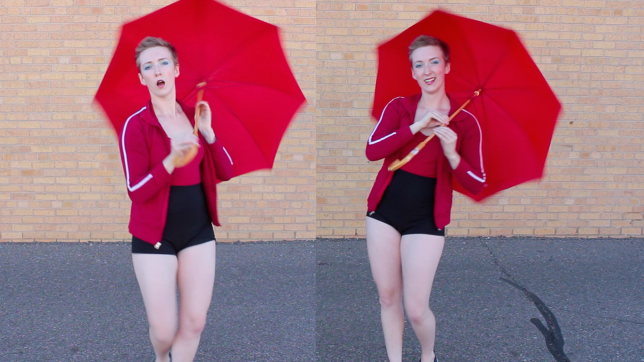 Screenshots from one of my band’s patron-funded videos. We danced in booty shorts in an Albuquerque alley. Because we’re edgy like that.

Not long after I launched Sage and Jared’s Happy Gland Band’s Patreon page, I decided I wanted to write a post about it. The post was supposed to have been titled, “Want To Know How Much of a Following You Don’t Have? Try Crowdfunding,” but then something unexpected happened. More people signed up, and the dollar amount kept rising. It was astonishing.

Let me back up. You’ve probably already heard about Patreon, but here’s a quick rundown anyway: Patreon is like a long-term Kickstarter campaign where you ask your community to throw a certain amount of money at you every time you make something and release it online. It could be songs, music videos, comics, blogs—anything released online, really.

There’s no question about it—this Patreon thing is win-win.

I heard about Patreon when it was first launched just over two years ago, and I knew I wanted to get in on it, but I’m slow. I’m just slow. Plus, I wasn’t making videos regularly then and wanted to have a cool thing happening before asking my community to pitch in. Finally, we did it. I wrote the world’s silliest script (okay, maybe not sillier than this), we made our pitch video, and I constructed all the reward levels (which was really hard).

I think it’s also worth mentioning that we’ve basically got pretty pathetic view counts by internet standards. Even our most viral video is light on views, relatively speaking. But the people who know and like us (if not love us—family members, specifically) are giving us money anyway. Ahhh, it’s amazing and I am ohsograteful.

How to set reward levels for your crowdfunding campaign.

I think this was one of the biggest things that kept me from putting the whole campaign together for so long. How do you anticipate what members of your community, who want to support you/shove fistfuls of digital cash at you, will find valuable? It’s a real balancing act, finding a whole series of extra things you can feel good about making, that aren’t too much of a time suck AND your people will find value in. AND assigning them all a bunch of different monetary values.

And I’m still thinking about tweaking my own offered rewards. After all, you intrepid singer-songwriter you, you’ve got to make and record music and can’t spend so much time making how-to-play-our-band’s-songs tutorials, especially when no one’s signing up for them, anyway.

My biggest piece of advice here would be to do some research. I spent a bunch of time checking out musicians’ Patreon pages (Amanda Palmer for one) for ideas for different types of rewards and good monetary levels to set. See what other people are doing and think about doing something for your people that feels right to you.

(As a side note, I’m really avoiding using the word “fan,” here, per this post by the lovely Shannon Curtis.)

Remember, most people who have pledged to give you money probably aren’t in it for the rewards anyway.

I think there are some people out there who are really in it for the actual rewards you’re offering. Pomplamoose, for example, has a really big following online. They offer a how-to-play-our-band’s-songs video tutorials reward level, and another video tutorial reward level where you can see how they mix their tracks. Pretty cool, eh?

But my band does not have a big following. So the whole video-tutorial, learn-our-songs reward level is a bit too heavy on the supply side of the scale. But even though we’re small potatoes, there are people in our community who like us, have cash lying around, and want to give it to us. (?!) For these folks, it’s obviously not about the video tutorial.

It’s not about the reward as much as it’s about the relationship. I think this is a huge part of crowdfunding and an idea that really puts me at ease, as someone who was worried that starting a crowdfunding campaign would further eat into the already limited time I get to spend making music. There’s no question about it—this Patreon thing is win-win.

Milestone or stretch goals work, even though communism doesn’t really exist in the U.S.

First, an explanation. Milestone goals are the sort of collective money-making goals that you set—once you get to a certain dollar amount per thing you make, you’ve basically given yourself permission to buy a new laptop! Or remove ads from your YouTube channel! Etc.

I added in a few of these I never expected to reach. And now we get to make a video with puppies in it, because we reached that milestone goal, and a couple others.

These are strange to explain away from a capitalist’s perspective because when you reach them, it’s not just one patron that benefits—everyone does! And sometimes the rewards are more intangible to patrons than others. Danielle Ate the Sandwich, for example, paid a dental bill through one of her milestone goals.

What’s the beauty of these? They can be pushed really nicely on social media and whatnot. For example: We’re only $18.02 away from our next goal! Help us retile our disco ball! In fact, I’m planning on using this soon as our patronage has kind of plateaued.

We must have made $4 for this video. But after that, we started making more.

Somehow, MAGICALLY, people have decided to collectively give us a not-too-shabby chunk of cash for doing something that we have been doing and would do anyway for free. It’s really amazing to me. I’m just…aghgh, it’s…I don’t even understand. It’s so fucking cool. I shed so many happy tears when I realized that this chunk of change would really be sent to us each month. ASTONISHING. Magical.

I’m grateful for all of this, and still a bit of a blithering mess who can’t really articulate her feelings about it.

Moral of the story: Go start a Patreon campaign. Plan it out, make a cool pitch video, set your reward levels by looking at what other musicians have done, and don’t be afraid of modifying the rewards later on if people aren’t signing up for them or if they’re too taxing to you. Communicate with your people and see what they want from you.

And be a blithering mess; it’s endearing. 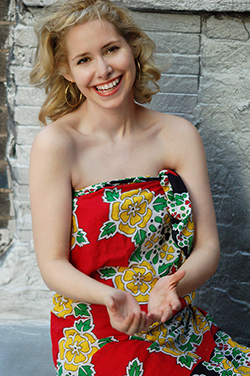 Oh and Sage is opening for Nellie McKay tonight (May 19), nbd. (It’s totally a big deal.) It’s happening in Albuquerque, NM at the Outpost Performance Space at 7:30 pm.

Tickets and more info here (tell them Sage sent you)
In the meantime, Sage will be over there in the corner, doing her best interpretation of a quivering puddle of excitement.