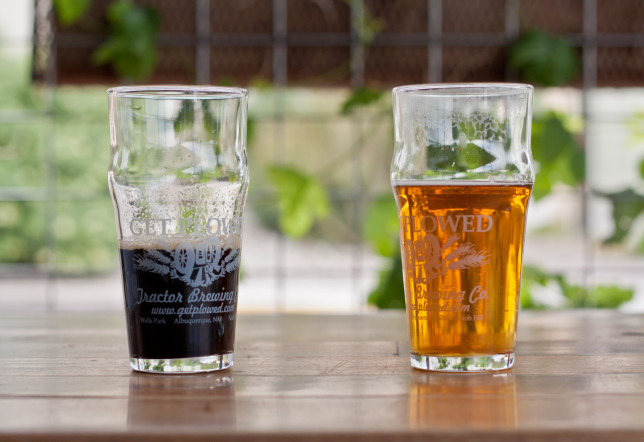 Dark Side Brew Crew is a bunch of beer-drinking bad asses who sip down suds while touring the city’s breweries—and blog about it. They also have chops brewing beer, and won the brewing competition last year at Battle of the Beer Geeks 2014. With 2015’s event happening on Monday we wanted to find out more about them, how they started beer blogging and how they figured out so damn much about beer.

“We all became friends around 2011-12,” Jackson continued. “A lot was based on Franz’s bachelor party, where we got a designated driver to take us on a brewery crawl, starting at Turtle Mountain and ending at Marble with four other stops in between. After Franz’s wedding we started talking about doing a website that would cover all the local beer news. We launched in January 2012 and things have just grown and grown from there,” he said.

How did that idea get catalyzed? “It was Tractor, actually, that pushed us into the spotlight. I walked into Nob Hill one day and Lauren Poole told me about the City saying they couldn’t sell growlers. I did some research and posted an explanation online since so many people were confused as to what was going on. We went from 25 people reading a story (mostly friends and family) to 250 people reading that story. Our page views have only gone up from there as we’ve established ourselves as the ‘Switzerland of Craft Beer’ (credit to Brandon for that term) due to our balanced, objective coverage of the local beer scene,” Jackson explained. Switzerland huh? Okay, fair enough.

As their blog continues to grow, Jackson talked about how their needs are pouring out into surrounding areas, towns and counties. Sure, it’s a busy Burque beer scene, and everyone wants a taste and has an opinion, but what about those folks starting up their productions in smaller and surrounding areas? Who is going to blog about them?

“At the moment we’re not looking for any new contributors in the ABQ/Santa Fe area, but we are on the lookout for contributors elsewhere in New Mexico, especially in Las Cruces, where the beer scene is starting to take off. Basically, we are looking for people who love beer and want to write about it,” said Jackson.

So how do you put a beer blog together, anyway? “Person by person, we all tend to fill different roles,” Jackson explained. “I, Chris/Stoutmeister, am the editor and lead writer. As a journalist with 15 years of professional experience, I serve as a copyeditor for the others’ posts. I also handle many of our face-to-face interviews with brewers, brewery owners, and other folks. As for the other writers, Franz usually handles reviews of individual, special-release beers. Derek/Porter Pounder and Brandon are our primary home brewers and will frequently write about those experiences. Due to work commitments, Jon, Erik/E-Rock and Joy have not been able to write much. They’re pretty much emeritus members at this point. Luke is our Santa Fe writer and covers the beer scene up there.

So go ahead and reach out to these guys if you are an interested contributor, brewery owner, or just a fellow craft beer fanatic. And don’t forget to check them out on May 25, during beer week at 5pm, where the Dark Side Brew Crew will defend their title against the rest at Battle of the Beer Geeks, 2015! 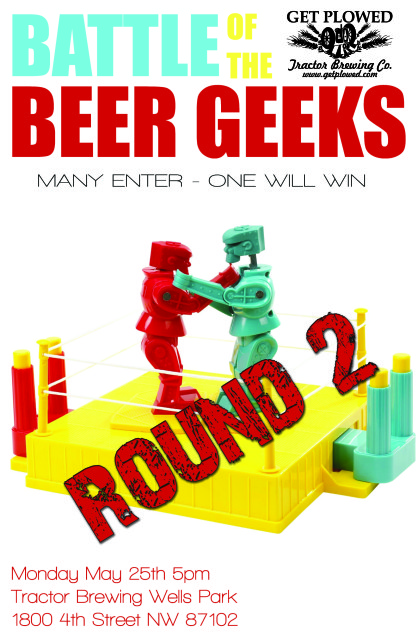 This post was produced in partnership with our sponsor, Tractor Brewing Company.

At Tractor Brewing Company, we strive to create a warm, friendly, comfortable and familiar environment where patrons can enjoy a quality craft beer, experience amazing customer service and socialize with fellow patrons. With a distinct and inviting atmosphere and amazing craft beer, we endeavor to fashion a welcoming establishment. We also try to be informed, active and supportive members of the community we do business in by supporting businesses, events, and charitable organizations. Latest news about Livin’ La Vida goes out weekly to our list.  Join here or follow us on Facebook.