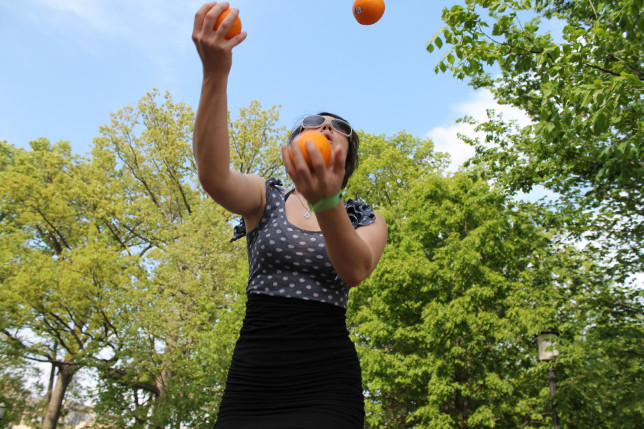 Being promiscuous with work means having a lot of balls in the air. Photo by Elvert Barnes.

As a person who juggles a motley assortment of projects, ventures and streams of income, I occasionally worry that my kaleidoscopic work life will look bad to potential clients and contacts.

Having diversity in one’s work is also a matter of probability.

These days, I run a family business in the dental industry and an online magazine about the future of work. I also do digital design, development, and strategy, and occasional side projects in niche fields like indigenous land rights. Such variety, when condensed into a bio, could make me seem like a millennial with ADHD, or worse—a professionally promiscuous dreamer.

Is my adulterous relationship with many types of work preventing me from having a harmonious marriage with one skillset, one industry?

With best-selling business books like The ONE Thing and advice from entrepreneurial gurus like Donald Trump and Peter Thiel with his “one thing” management strategy, it seems obvious that we creatives should only expect to get ahead by employing laser-like focus on a single objective. Such advice would admonish the entrepreneur-writer-designer into getting rid of the hypens and choosing just one. Just one job, just one professional label—one ring to rule them all.

As much as I’d like to critique the single-focus approach, I have to admit that I don’t have bestselling books and billion-dollar companies behind me to prove the theory wrong. Is the reason I’m not filthy rich right now partly due to the fact that I keep a harem of tempting side projects on my desktop?

Luckily, I found some perspective from other creative entrepreneurs who also discount the notion of having one focus.

In a blog post entitled “The Myth of Focus,” Vishen Lakhiani, founder of Mindvalley Insights, shares a private memo he sent out. In it he says “to hell with focus,” and recounts how entrepreneurial greats he’s known, like Elon Musk and Richard Branson, epitomize how multiple projects can lead to multiple successes. Musk wasn’t just the founder of Tesla Motors—he also started successful companies in the space industry and in solar energy. And Branson, badass that he is, takes the cake with eight different billion-dollar companies in eight industries.

The big surprise isn’t that these mega successful dudes serially pursued multiple ventures. It’s that they pursued many of them at the same time.

I was bolstered by hearing this, but only for a moment—reading about titans of industry, for me, doesn’t necessarily distill down to personal relevance. I mean, yeah, Steve Jobs was CEO of Apple and Pixar at the same time, but what’s that got to do with me?

The reasons my career is a hyphenated, kaleidoscopic mish-mash are different. 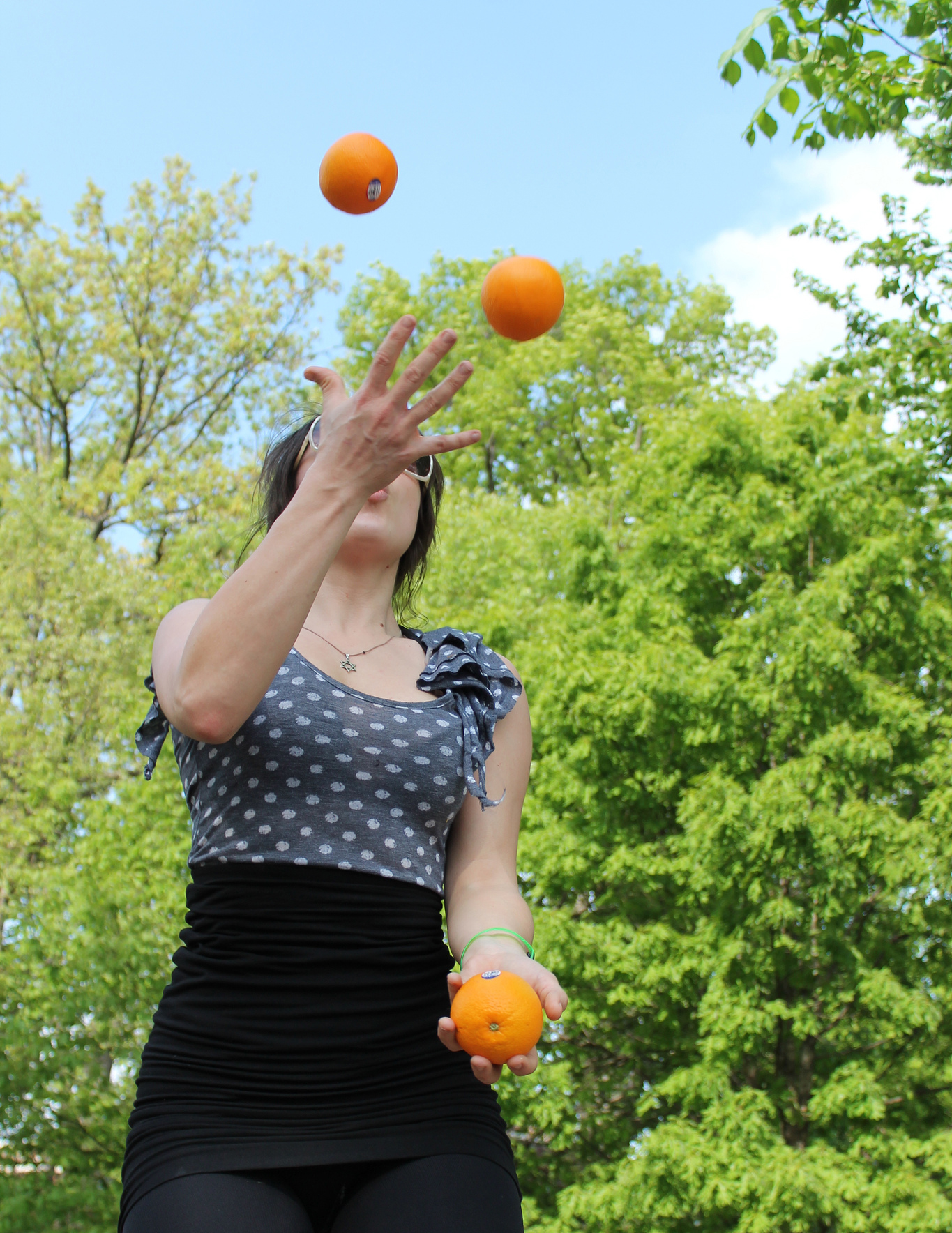 1. I have multiple job titles because I identify with many fields and many roles.

It’s a matter of identity. Most often, I see people label themselves with the job title of their formal employment, and on rare occasion include mention of the other things they do. This is why most poets and bassists aren’t on LinkedIn. They actually are on LinkedIn—by the millions—but you wouldn’t know it because they don’t call themselves poets and bassists. People who claim other pursuits, like David Siddiqui who is both a sustainability professional and a musician, are rare.

Because I work for myself, I don’t have a formal job title handed to me by an employer. Instead, I get to choose. I go for an identity based on multiplicity because it’s an accurate representation of how I view my work life. My eclectic bio contextualizes my professional life, indicating that I work in multiple industries and have honed multiple skills.

As a person on the older end of the “millennial” cusp, I’ve been doing this for a long time and only recently has it started to become somewhat normalized.

Free Range Humans has a lot of advice to share on this, like how to do more than one thing and not look like a crazy person. There are tons of blogs like Elle & Co that offer tips for juggling multiple projects, and quasi-manifestoes like Making It Anywhere’s In defense of our lack of business focus.

2. Having multiple jobs fits the work-lifestyle I want to have.

If my business were a startup—meaning we had grand aims for world domination and investor funding speeding us along—then it would be in my best interest to knuckle down and focus. I’ve done it before and may do it again. But breakneck speed and marriage to just one job are not what I want right now.

Luckily, my family business isn’t a good candidate for world domination, and organic growth fits where our company and our product line are at the moment. That frees up bandwidth to pursue things I want to move into in the future, regardless of what happens to my company. At this juncture in my career trajectory, this really fits my goals and the kind of work-life I want to have.

3. I don’t want to put my proverbial eggs in one basket.

Having diversity in one’s work can also be a matter of probability.

One of the hats I wear is web designer and front-end developer, work that I enjoy immensely. But you know what? For some of my potential clients, a cheapo template using WordPress or Squarespace is a viable option. This could undermine what has been one of my greatest generators of income.

What’s a web designer to do? Rack up more skills, expand services, build a bigger pipeline of potential customers? Yes. What else should they do? Diversify. If I had my heart set on web design alone, then I would dig my heels in and plan for a future in it. As it stands, if web design is taken over by artificial intelligence, that’s cool with me.

4. I don’t want to get attached to one outcome.

This is the emotional corollary to the eggs/baskets proverb. It’s simple: I don’t want to face the possibility of having years of work amount to nothing, so I keep a couple irons in the fire.

As an entrepreneur, all around me are startup founders who give their fledgling company their all. But I’d be devastated if I spent years working on some app where the only thing it ended up having in common with Snapchat was that it lasted for ten seconds before it disappeared.

5. I love always having something new to work on.

The biggest reason I work on multiple things is because it’s fun. If I wake up with a renewed gusto for the topic of denture toxicity, I can work on a new marketing angle for my biocompatible dental business. If I have a new insight about the coworking movement, I can assign an article for my magazine. It’s not about doing whatever I want whenever I want; it’s about having a direct outlet for the different things I care about.

A sardonic quip from one of my favorite environmental authors, Derrick Jensen, goes, “That’s one of the great things about everything being so fucked up, that no matter where you look there’s great work to be done.” It can be overwhelming to have no end of things to do, but it’s also hugely motivating and ensures there’s never a dull moment.

It’s also just fun to get to wear different hats. (Metaphorically speaking, of course. I don’t look that great in hats.)

6. Having multiple projects keeps you productive through slumps.

I initially followed the advice and started my business with a singular focus. But when we were testing our new product, which included weeks of waiting for results, I found myself in limbo. I didn’t know if we would even have a viable product to move forward with.

It didn’t have to be dead time, but it was because of how I felt. Also, in the tasks ahead there was no outlet for other things I loved to do that provide value and advance my professional goals. That’s when I first started a side project. If one of your pursuits is on idle, this can be a way to keep your own momentum going.

When what you’re working on doesn’t seem to be going anywhere, it’s easy to feel burnt out. But if you have something else on the side to work on, you can step away to be productive elsewhere and then come back with a new approach. There’s no reason to burn out if your spark can ignite something else.

Everyone would like to make headway on different things they care about. The trick is to incorporate those things into a work life that works for you.

If focusing on a single goal yields better results, then do it. For me, I like to sleep around, work-wise. I don’t mind if my business card makes me seem like a promiscuous millennial or a professional Casanova with ADHD—I’ve found a balance that suits me. If you work for yourself, you can do things however you like. If one job title doesn’t give you marital bliss, you don’t have to be monogamous. There’s no shame in having a little something on the side.

Melissa Mesku is a designer/developer and the founding editor of New Worker Magazine, a publication about coworking and the future of work. She is also the co-founder of Pure Cure Dental Technology and Denture Detox. She has lived and worked in four countries and seven US states, with extensive travel in 25+ countries and across the U.S. She likes meeting new people, so find her on Twitter.

View all posts by Melissa Mesku →