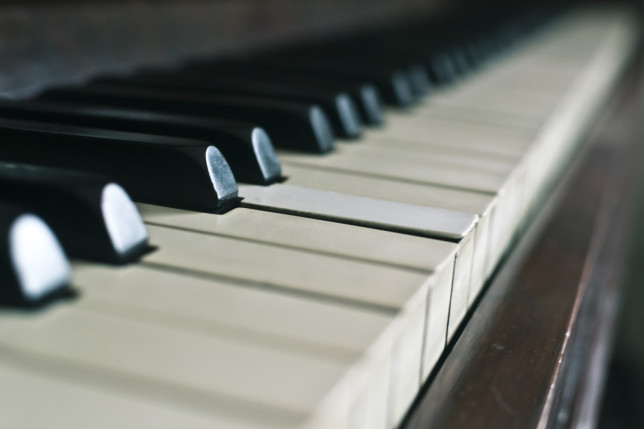 Me and songs. Specifically, MY songs. If I can call them that. They feel very alive to me. I am the gateway that brings them into the world, but after that they are their own beings. They grow, develop and have small, beautiful, precious moments that only I get to be a part of. They say things I would never expect. They take me places I would never have chosen to go. They make choices that make me cringe and infuriate me.

Somewhere in the middle of my daydreamy state there will suddenly be a totally gorgeous concept.

They wake me up in the middle of the night in a dead panic. They interrupt me when I’m working. They demand attention when I have no attention to give. They demand love when I feel none. They haunt me endlessly and are with me everywhere I go. There is no privacy. There are no days off.

They shock the hell out of me. They refuse to do what I tell them to and we get in big fights. We will not speak to each other for a while. There is resentment and hard feelings. Some of us have been estranged for years. There are some I can’t even bear to look at. But I’m madly in love with each and every one of them.

On days when I’m broken, shattered, can’t breathe, can’t move, can’t even cry anymore, that’s when my songs are the strong ones. That’s when they very easily stand up and do the work for me. Somehow even though they only exist floating through the air, they love me right back. And that, to me, is nothing short of a miracle.

I have learned that I go through writing cycles. But not on any set timetable. Each phase can last an indeterminate amount of time. There’s no way to tell. Sometimes a cycle will birth one song, sometimes five. I just have to try to relax and go with it.

The number one tell of this phase is that I start banging myself on things. Almost like I can’t judge distances anymore. I hit my hand on the door, stub my toe, hit my head, hit myself in the face trying to take a drink of water. Like, 5-10 times a day. Out of nowhere. This leads to…

This isn’t just normal daydreaming. It’s daydreaming I can’t snap out of. I can’t focus to save my life. I forget things, am late for appointments, forget my phone places. I will literally slip away while people are talking to me. It’s embarrassing. It’s like I can’t quite wake up. After about day two or three of this is when I finally notice it’s happening. Which means I’m ready for…

Somewhere in the middle of my daydreamy state there will suddenly be a totally gorgeous concept. Most of the time it’s a single lyrical idea. Or a melody. At times it’s been a whole album concept. Sometimes it’s one of the estranged songs coming back with more pieces, or different pieces, or lyrics that made zero sense at the time make perfect, crystal-clear sense which leads me to…

I turn off the computer, the phone, the iPad. I am unreachable. Just me and piano. Paper. Sharpies. I freewrite. I listen. I listen very, very closely. The music comes from somewhere else. I shape it. If I connect to it, I may form it around one of my own life experiences to help tell the story. I draw flowcharts. I scrawl on gigantic pieces of paper on the floor. I’ll write sections over and over again to draw out the next parts. I use rhyming dictionaries, thesauruses, random books off shelves. I have a single document where I save all the lyric snippets that randomly come to me, I’ll pull that up to see if a part of this song already lived in my pocket. If the words belong in the song they quite literally jump off the page. It’s silly and magical and fun. And heartbreaking. And vulnerable. I love these days so much. So. Much.

Nine times out of ten I cannot play the songs I write. My heart is a better musician than my fingers are. I have to practice them. Sometimes I have to practice them for weeks before I can play them all the way through without many, many mistakes. When I can play it through about 90% accurately I bring it to rehearsal. He (bandmate Mike Thompson) crosses his arms and leans back against the wall with His eyes closed and I play. Sometimes He asks me to play it for Him two or three times before He even says a word—He just gestures with His hand. I smile and comply. When He opens His eyes He’s got an idea. It’s no surprise to me that it’s exactly what I heard in my head all along. We begin to play it together for the first time. That’s the moment where, to me, the song is born. The moment a second voice joins in. Even before the arrangement is finalized. Right at that moment. That beautiful moment.

So this is me, and this is my relationship with songs and songwriting. I haven’t really talked about this much because I feel that having this intense of a relationship with something that isn’t even tangible is just genuinely strange. And because it’s something I cherish so much, sharing can be scary. But I can trust you guys, right?