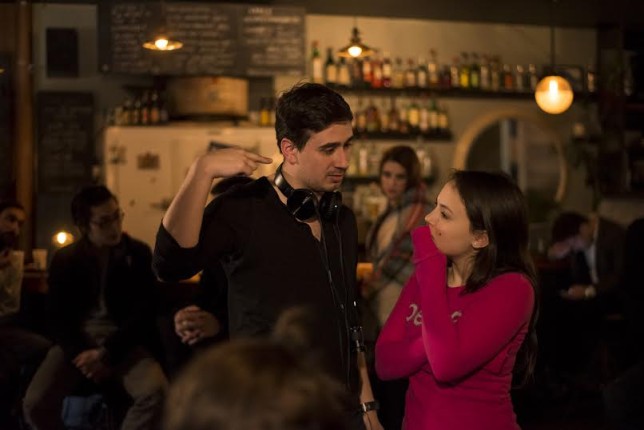 Brandon Taylor and Angelique Bucciero on the set of Six Windows. Photo by Alyssa Meadows Photography.

Brandon Taylor is a director/producer based in Yonkers, NY. He founded the independent film company Hollow Tree Films. His work can be viewed on his website. His feature film The Velocipastor is currently being funded on Seed&Spark.

You know that oh-so-rare moment on set: The actors nailed it, the shot is as beautiful as can be, the sound is impossibly crisp, and you look at your watch and realize you’re 30 minutes ahead of schedule?

As a director, this moment is perfection. Your confidence goes up because you must be doing something right, you’re thrilled to be able to get all your planned shots, and most importantly, you’re proud of your team.

I asked Gabryal to produce a feature called The Velocipastor with me—and yes, it’s exactly what it sounds like.

Being a leader is about accountability and responsibility. It’s about knowing when you’re wrong and when to listen to your crew. It’s easy to take credit when you have a fantastic day; it’s much more difficult when your back is against the wall. But the most important thing that I’ve learned is that being a leader is about being able to form strong relationships with those around you. Finding people you trust is key.

Having them both on my team is always a huge benefit because they know me not just as a director, but as a person. Having worked with them both for around four years, we can anticipate each others’ needs. Production is smoother; they are aware when something is bothering me.

As an assistant director, Angelique makes my life so much easier because she never tells me I can’t go for another take if I absolutely need it. Despite some very high-pressure time constraints, she always finds time to let me have just one more. But that’s not because she gives in—Angelique is one of those rare assistant directors that is able to predict most problems and address them before they’ve even happened. Because we’ve worked together on set so much, she knows exactly what I need and where my strengths and weaknesses are. One of our running jokes is when she asks me how much time I think I’ll need for a scene, she always tacks on something like 30 percent more. I’m the optimist (or maybe the pessimist), but she’s the realist.

Gabryal is my number one problem-solver on set—from figuring out where crafty should go and settling any set drama, to checking in with the producers. Anything that could be a dilemma, he’s taking care of it.

Even writing about it now makes me smile because—and I say this honestly—I have never felt in better hands on any set.

One day, we had a particularly challenging schedule ahead of us—we had about eight hours to shoot six pages. I went in with a negative attitude, thinking that there was no way we could get it done. But when we arrived, Angelique huddled up myself, Gabryal and my DP, Alex, and said that the day was planned to handle this and that we could do it. Being ever aware of my weakness to micro-manage when stressed, Angelique calmly asked me to focus entirely on my actors and trust her. So, a deep breath later, we went over the shots and she began delegating all our production needs to Gabryal. 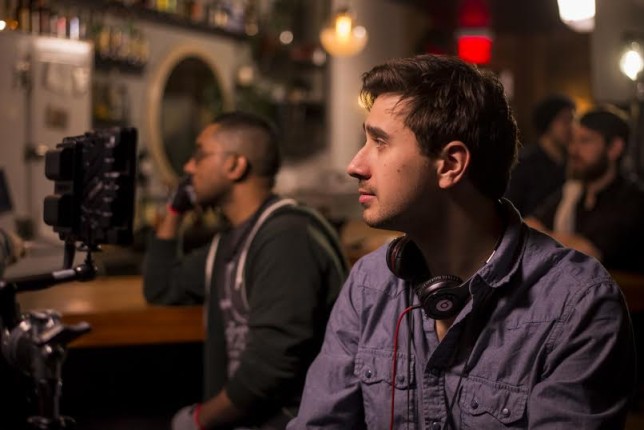 Brandon Taylor after a perfect take on the set of Six Windows. Photo by Alyssa Meadows Photography.

Needless to say, because of our teamwork, we got it done. It would be an understatement to express how truly grateful I was at that moment to have people I could have absolute faith in. And finding those people is not easy; everyone who works on indie sets, regardless of position, knows there are often duds that get brought on to a project. I’m lucky in that I didn’t have a single dud on Six Windows. I’m actually superbly lucky—everyone on the project was excellent. My cinematographer, Alex Ditsas, was awesome, the producers were great and the 80+ actors I had the pleasure of working with were out of this world. Having a crew that you can trust is immeasurably valuable, especially as an indie filmmaker whose every day is a juggling act. Being able to hire and work with people who can communicate and delegate is essential, giving you the privilege of being 100% focused on the creative side.

I plan on hiring both Gabryal and Angelique for another web series I was asked to direct and then for a feature I’m directing called The Monster Theory. I asked Gabryal to produce a feature called The Velocipastor with me—and yes, it’s exactly what it sounds like. Between their trust, dedication and ability to communicate, they will always have a place on my sets.

Hire the right people and you’ll be in good hands. And then, keep working with them. If you are as lucky as I am, they’ll become some of your most trusted friends, too. Even though our past and present (and probably future) productions have had, and will have, bumps and craters in the road ahead, I feel safe knowing they will help steer us to safety.