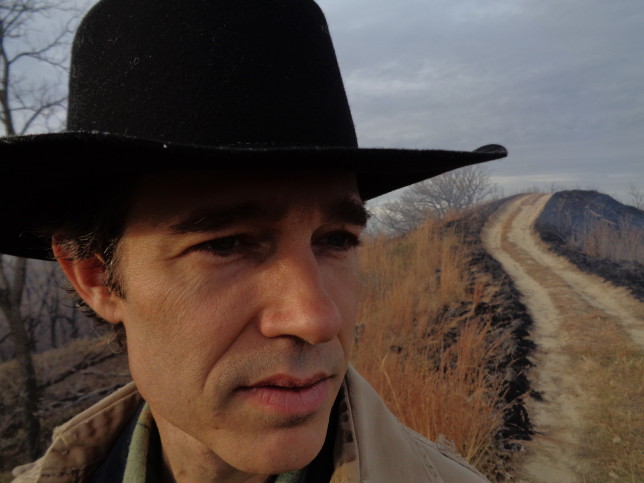 Simon Joyner—with a lyricism evoking Van Zandt and Dylan, an unostentatious touring style, and likely a straw cowboy hat—is coming to Pyragraph’s home town of Albuquerque tonight, May 11. He’s one of those singer-songwriters seemingly interested solely in the art of his music and the relationships it begets. His fans are some of the most loyal we’ve ever seen. In anticipation of the wordsmith’s arrival, we thought it would be good to know what his deal is.

Simon Joyner and the Ghosts will be a four-piece for this part of the tour. I have a large band and tour in various incarnations of the band depending on who is available to travel at a given time and what kind of shows we’re doing. We’ve got myself on acoustic guitar and vocals, a pedal steel player who also plays organ, a lead guitar player, and a drummer who plays bass at the same time.

In the middle of my first set, they started to turn on me, beginning with some light heckling and getting progressively more belligerent the more they drank.

We’ll be doing old songs as well as songs off my new album, Grass, Branch & Bone, which is out now on the Woodsist label. Our music is sometimes described as indie rock, sometimes singer-songwriter, sometimes outsider folk, sometimes country psychedelic. Take your pick! The sticker on the album has a quote from the great, Gillian Welch, who says, “Omaha has given us the reigning heir to Henry Miller’s dark emotional mirror, Townes Van Zandt’s three-chord moan, and Lou Reed’s warehouse minimalism. My favorite poet is Simon Joyner.” So, we will try to live up to those words if we can. 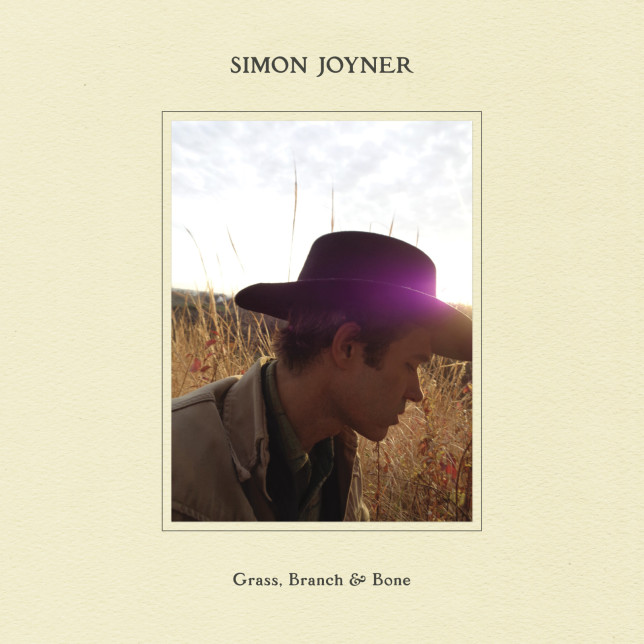 2. Tell me about your background as a performer.

I was born in New Orleans and lived in Alabama and Mississippi before my family relocated to Omaha, Nebraska. I pretty much grew up here in Omaha and am one of the musician/songwriters associated with the Omaha scene that got international attention when some of my friends’ bands exploded.

I’ve been putting out records since the early ’90s on various independent labels including Jagjaguwar, Secretly Canadian, Shrimper, Unread, and Team Love. Bright Eyes has covered my songs “Burn Rubber” and “Joy Division,” which introduced a whole slew of new people to my music. I tour infrequently so this is a good chance for your readers to catch a live performance.

On my first tour, I played a show in Valdosta, Georgia, where I was supposed to do three 40-minute sets at a college bar. The owner got nervous that no one was going to come and he had guaranteed me $100, I believe, which he didn’t want to part with without getting his money’s worth. So he put an ad in the college paper offering an all-you-can-drink PBR special for $10 at the door. The whole school showed up and got trashed before I started to play.

In the middle of my first set, they started to turn on me, beginning with some light heckling and getting progressively more belligerent the more they drank. At one point near the end of the first set, someone broke into the sound booth and turned on the house music while I was playing, and everyone started clapping!

When I began my second set, I was a few songs in and someone threw a glass bottle at me and it shattered on my guitar and broke a string. I stopped playing, obviously, fearing for my life. It was a real Blues Brothers-type scene—a whole room lousy with wasted, backwoods frat boys ready to pounce. We collected $50 from the owner who refused to pay the full amount he guaranteed since I didn’t play all three sets. He told us to get the hell out of his bar and never come back. On the way out, several good old boys followed me and my friend Alex out to the car and tried to get us to fight! Miraculously, I continued playing music and touring after that. That which doesn’t kill you, makes you stronger, right?