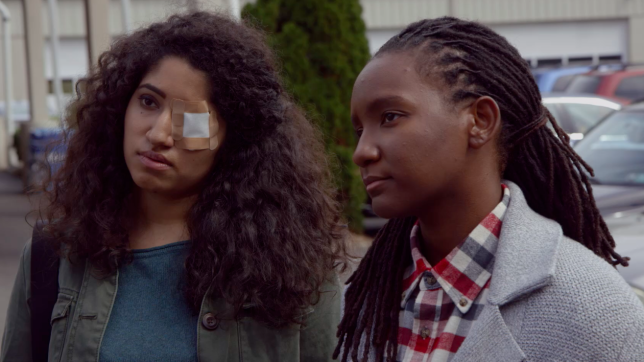 A still from my web series Bailout. Shot by Niknaz Tavakolian.

So your Kickstarter failed. It’s okay. I mean, it’s not okay, because now you don’t have the money to shoot your project. And maybe you also feel like you just “failed” in a rather public way in front of hundreds of people. But it’s going to be okay.

How do I know? Because I recently bid a sad farewell to some $8,000 dollars that 100+ people contributed towards completing the remaining three episodes of my web series, Bailout. I spent a few days being devastated and playing all kinds of old stories in my head about inadequacies and how I wasn’t really a filmmaker. It’s part of the process. But luckily, it passed and I emerged with clarity and determination.

Many people managed to make films before Kickstarter existed, despite the challenges.

One week into my Kickstarter campaign, my friend and fellow media maker Vijay Mohan died in a fatal bicycle accident at the age of 26. In addition to creating his own work, he supported dozens of individuals and community organizations through his work at PhillyCAM. But you know what people remembered and praised him for at his memorial? His jokes; his kindness. The way he loved with such an open heart. It’s unfortunate that your Kickstarter didn’t meet its goal. It sucks that your project is now going to be delayed. Take a moment though, and breathe. I know you want to do this project and care about it deeply. But in the end, it’s how you treat other people that matters—not how many films you made. That’s the case for me anyway. I’m using this post-Kickstarter time to check in with friends, family, community, share some love, and use those connections to think creatively about what to do next.

Now you have a list of people you know are committed to you succeeding.

A great feature of Kickstarter is that you can still continue to send updates to everyone who pledged to your campaign. These people are the most committed to seeing you succeed—they were the ones compelled enough to take the action of filling out the online form and offering a donation. Keep in touch with them. Let them know what you’re up to, and what the next steps for the project are. Maybe you’ll run another campaign in the future—on Kickstarter or another platform—and they can help you kick it off by re-pledging. Or maybe you’ll decide to do a series of guest-lecturer appearances at colleges and universities and these folks can offer you contacts and leads. Or maybe you have some other brilliant idea you come up with for fundraising that they can support in some way.

It’s true, crowdfunding makes it easier for more people to make films, and as a result allows a wider range of diversity in characters, story types and directors. But many people managed to make films before Kickstarter existed, despite the challenges. Internationally, filmmakers in a number of countries face more serious barriers than lack of crowdfunding support. My counterparts in Iran—where I was born—are making media that captures all the vibrant spaces of resistance between the ailing regime’s attempts at control, in poetic and resilient ways.

What creative ways can you come up with to fundraise (think of old school fundraising methods: parties, bake sales)? Can you make adjustments to your production that use financial barriers as a creative shift (e.g., narrative filmmakers who shoot scenes amongst real crowds to avoid costs of locations and day actors or extras)? Maybe you’ll even decide to run another campaign, incorporating the lessons you learned and improving upon your last attempt. As author Neil Gaiman says, “If you’re making mistakes, it means you’re out there doing something.”

Whatever the answer(s), the key step to get to them is to not give up. You tried something. That’s awesome. Really. And now, I’m encouraging you to join me, as a fellow filmmaker with a Kickstarter that didn’t reach its goal, and try something else.