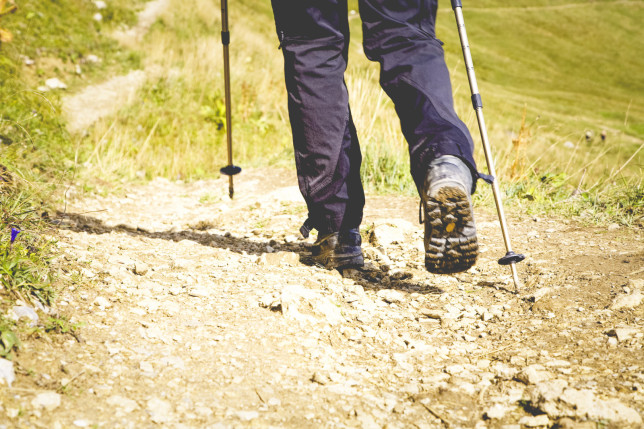 I cancelled our Adobe Creative Cloud plan today. At Mindshare Studios, we have been long term users, fans even, of Adobe and their products for about 20 years. I used to joke in the early 2000s that I was only able to buy my first house thanks to Adobe Flash (I was primarily a freelance Flash developer at the time).

A History of Loyalty

I got my start with Adobe software in college in the late ’90s with Photoshop, ImageReady (yep, animating GIFs) and Dreamweaver (when DW was still a Macromedia product). Since that time, I have continuously been a loyal customer of Adobe (and previously Macromedia). I also contributed to the Adobe community in numerous ways, including writing free extensions for Dreamweaver and Flash (distributed widely on the Adobe Exchange), being a volunteer community leader in Albuquerque’s Adobe Users Group, authoring and publishing many tutorials on Adobe products, and I even did a short stint teaching Flash ActionScript 3 at UNM Continuing Education. I became an Adobe Certified Flash Developer and attended Adobe’s yearly conference, Adobe MAX, three times.

I have nothing against subscriptions for software, but in Adobe’s case the Creative Cloud really feels like price gouging.

But times change, and technology changes even faster. A lot has happened since the late ’90s in the world of web development and design, and a lot has happened for Adobe. Almost 10 years ago, in 2005, Adobe Systems Inc bought their chief competitor, a smaller company called Macromedia. Macromedia was at the time the only real competitor for many of Adobe’s products including the flagship products Photoshop and Illustrator, just to name a few. This merger created a de facto monopoly for Adobe in the creative industry, with scant competition in any area except video editing (thanks to Final Cut Pro). Adobe hired a large team of talented lawyers to ensure the courts wouldn’t see this merger as the monopoly it is. Our justice system has always been particularly bad at handling issues relating to tech (mergers, patents, privacy, you name it).

In the 10 years since this monopoly began Adobe has dramatically reduced options for consumers while dramatically increasing its prices.

For the period ended May 30, Adobe reported a profit of $88.5 million, or 17 cents a share, up from $76.5 million, or 15 cents a share, a year earlier. Excluding stock-based compensation and other items, adjusted per-share earnings rose to 37 cents from 36 cents. Revenue increased 5.7% to $1.07 billion.

Since 2005, Adobe has killed off a number of Macromedia’s products either quickly and directly (Freehand), by way of slow death due to lack of updates (Fireworks, Fontographer) or mismanagement (Flash). These are just a few examples off the top of my head, but I’m certain there are more.

Aside from the reduction of meaning competition and choice for consumers, prices have gone way up. Gone are the days where you could choose to skip a version and only upgrade your Creative Suite every three years, Because of the de facto monopoly that Adobe now enjoys, they have been able to switch from a standard licensing model to a controversially priced monthly subscription plan. I have nothing against subscriptions for software by the way, but in Adobe’s case, as a long time customer, the Creative Cloud really feels like price gouging.

A few years ago, I participated in some lengthy Adobe surveys regarding the Creative Cloud pricing structure. These surveys outlined a wide range of alternative pricing that Adobe was considering, including a much more appealing option for metered usage (pay for how long you actually use the software). A metered plan would make a lot of sense for my company, we probably have Adobe software running for maybe one to three hours per month at this point—more on this in a minute. None of these alternative pricing options materialized.

A Shift Toward Open Source

Over the past 10 years we largely outgrew most of the Adobe products that related to code (Dreamweaver, Flash, Flex Builder) and have moved to other products. This occurred primarily because Adobe kept their corporate focus on the widest possible market and didn’t keep pace with the more high-end web development community (that needed more robust code editing and debugging tools). Proprietary software has a number of fatal flaws, but the worst of which is perhaps that a company which owns closed source software can kill off a product at any time, leaving the community of users with no recourse whatsoever.

The main sticking point keeping us on Adobe software has been on the design side of our work. Illustrator, InDesign, and Photoshop are all required tools for sharing files with virtually all graphic designers the world over. So we’ve kept our Creative Cloud subscription going on one Mac in our office expressly for this purpose. But today, I just decided it wasn’t worth it anymore, that I had had enough of paying the monthly fees (which have started to feel like extortion).

So I took a minute to reflect on all the issues with Adobe Systems: the mismanagement, the focus on profits over customers or product development, the virtual monopoly on the creative industry, the lack of vision and leadership. Coupled with a growing distrust of closed source, proprietary software, I decided it was time move on and find another way of doing business.

Adobe Support: Let me quickly cancel your subscription. While I hate you see you go, it would be great to know if you think there was something that I could have offered which would have changed your decision?
Me: A more reasonable pricing policy. We barely use Adobe products in my company, but occasionally they are very helpful. But since we only use them a couple times a month the $50 charge is crazy.
Adobe Support: Thank you for the feedbacks. I will pass this on to the relevant team.
Adobe Support: I see that you were paying initially $29.99 per month. Would you be willing to continue the subscription if I get you the same price again?
Me: No thank you. Just terminate it. We are going move on and find other software to use instead. I am also going to publish and promote a blog article about how much I dislike the pricing model Adobe uses, and the cancellation fee.
Adobe Support: Okay Damian, I have canceled the subscription and waived off the early termination fee as a goodwill gesture since you have been with us for a long time.
Me: Thank you. I will include that in my blog post.

Until today when I contacted Adobe support I wasn’t even aware there was going to be a cancellation fee (which would have been an astounding $175 in my case). Because I’m a good complainer they waived that. One point for complaining; niceness zero.

I don’t rule out that Adobe could turn this trend around. They might be able to recover some of the spirit that both Adobe and Macromedia possessed in their early years. That’s the main reason for this “open letter.” If you are out there listening, Adobe, in the immortal words of Ice Cube, you better “check yo’self before you wreck yo’self.”

To wrap up I’ll leave you with some of the tools we have found to be suitable replacements for many Adobe offerings. Here are a few of the alternative products we have replaced Adobe software within our own workflow. These are either free and open source or commercial and reasonably priced.

Mindshare Studios creates web and mobile applications that run natively on iOS or Android as well as in the cloud with scalable architecture, real-time data and high availability.

Mindshare Studios offers expert web development and design from simple websites to full-featured e-commerce solutions. We craft our web projects using standards-compliant, accessible code—delivering your message to the widest variety of users and devices. We’ll build an adaptable web platform that grows with your business.

View all posts by Mindshare Studios →