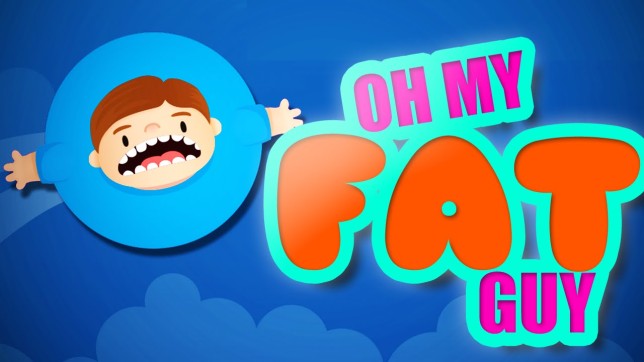 Originally published at (Subli)minal Gaming and reposted with kind permission.

It’s out! If you haven’t yet you can go get Oh My Fat Guy on your Apple or Android device, or play our web version. Below we detail what we found from our first week sales data for OMFG.

I wanted to write this post for those interested in the sales side of creating a game and illuminate what you may expect from your first week’s sales if you’re a small-time developer releasing their first game. The mobile game creation business, from what I hear, is like a lottery. It’s like a lottery in that you are going up against a million other apps and games on mobile stores and you can easily get lost in the sea—but if you’re very lucky (or have very deep pockets) you may have a huge hit.

Below we detail our app store sales for our first week. We released July 14, 2014 for the Apple App Store and July 15 for the Google Play store. It is a common trend that your first-day sales will be your best when looking at your first week and die out from there. That is unless you have a marketing budget or have somehow gone viral, which we have neither.

Our first week is rather a sobering experience since it shows how much goes into user acquisition when releasing a game. Below are the charts that show how many players install the game per day. As you can see, it spikes the first day and then has a slope downwards; this is true between both platforms.

These numbers are not surprising since the only “advertising” we have done is contact some press and YouTube Let’s Players, and tell our friends and family about Oh My Fat Guy. It’s a very simple game, mind you, so it may take some time for momentum to start picking up.

But how does this first week translate into real money? Oh My Fat Guy has two methods to generate revenue: the first being ads served from AppLovin and RevMob, and the second being In App Purchases (IAP) that allow you to customize your character with prices ranging from $0.99 to $9.99 USD. Any purchase of an IAP gets rid of the in-game ads.

Let’s first cover In App Purchases since it’s expected that the userbase is less likely to purchase items.

While the numbers aren’t big with IAP, they are way bigger than ad revenue which requires thousands of active users generating hundreds of thousands to millions of ad impressions to make a decent amount. When it does work, though, you can make quite a bit of money like Flappy Bird did. What you have to look at while choosing an ad network to monetize your app is the eCPM (effective cost per thousand impressions) vs. actual revenue. With both of our ad networks they have below decent eCPM during our peak impressions—but the problem is that you must have users playing your game to gain that money.

Here are our numbers from the two networks.

As you can see so far we’ve made about $0.82 from ads. You NEED users for this method to work. That’s why free games work off of volume of users and need user retention.

Does this mean that Oh My Fat Guy was a failure? No I don’t think so. I believe that it means there needs to be a push towards advertising the game to acquire more users. We’re also applying updates to the game that address issues with in-game mechanics to make our existing userbase happy and make the new userbase more likely to stay with the game.

I hope this post helps those who are developers or those who want to get into app development create realistic expectations on your first app. Good luck with your game dev dreams.

Ryan Leonski is an indie game developer working on games that usually have cats. He is excited to be living the dream of crafting experiences for people that bring a smile to their face. He is a founding member of the Albuquerque Game Developers Guild, a coalition of programmers, artists, engineers, and musicians working to foster game development in Albuquerque.

View all posts by Ryan Leonski →