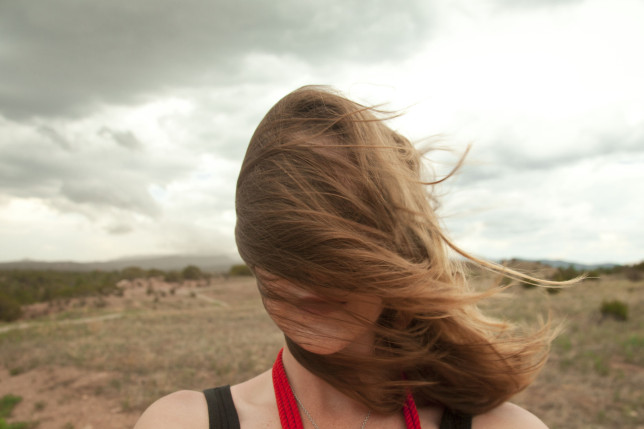 “Self-Portrait in the Midst of a Bad Week” by Sarah Moore.

Me, I don’t make the art. I can’t offer you an insider’s perspective on pricing your paintings. Or conveying emotion in your photographs. Or networking with likeminded silversmiths. But I can tell you that my two years as arts editor at a small-city newsweekly showed me a lot about how capital-A “Art” intersects with the real world.

These days I’m a self-employed writer, reporter and editor—among other hats I wear as a full-time freelancer—and so by nature and by calling, I’m often mulling over how art pushes itself beyond its own insular culture. Because that’s important in every creative profession. If I’m a poet, how do I get non-poets to show up at my readings? If I’m in a low-budget play, how do I excite people beyond my fellow drama nerds?

Seeing these photos online is one thing, but in person will be so much better.

If you’re Albuquerque arts organization 516 ARTS, you organize and team up like crazy. You go big with a massive block party. Or hyperlocal with a small-designer trunk show. Or multifaceted with collaboration after collaboration. 516’s latest is a photography exhibition called Fraction of a Second, and it boasts an intelligent complexity that appears likely to pay off in every way.

The exhibition consists of compelling photographs by people you perhaps haven’t heard of, plus some you possibly have. David Bram, editor and publisher of Fraction Magazine, is something of an expert in unearthing under-the-radar talent. He curates the show. He’s assembled 45 photographers for a single exhibition that takes place in two different locations. The 10 international artists, hailing from Norway, Japan, China, and six other countries, appear at UNM Art Museum. The 35 regional and national artists hang at 516 ARTS.

So here’s an artist like Paul Gaffney, who photographs irresistibly numinous landscapes, places leading into places beyond knowing, and who self-published a book of them in 2013 called We Make the Path by Walking. It won an award; people are pretty excited about him. Even The New Yorker mentioned him. Gaffney’s untitled contribution to Fraction of a Second somehow employs the girded underside of a freeway (to suggest eternity?) and a lush tangle of semi-wilderness pulling us in. I am a fan.

And in the same exhibition there’s Sarah Moore, who is not as well known, but whose windblown “Self-Portrait in the Midst of a Bad Week” is such a dead-on evocation of so many other things—femininity, youth, self-erasure—that of course you’re like, These artists totally make sense together.

And also, Seeing these photos online is one thing, but in person will be so much better. 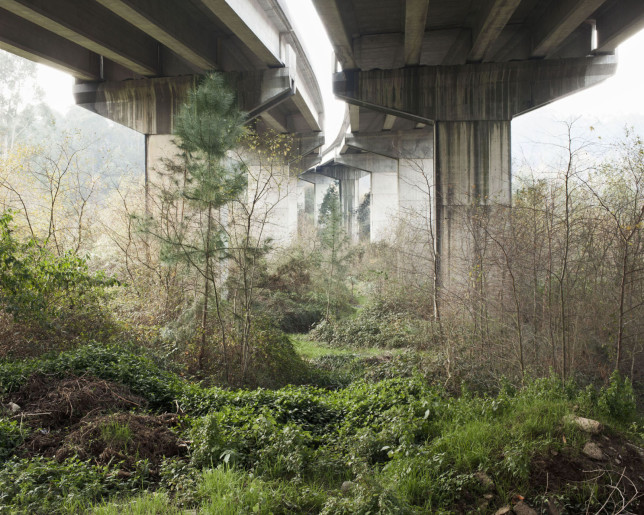 “Untitled #10” from the series We Make the Path by Walking by Paul Gaffney.

So 516 ARTS is involved with these other entities—Fraction Magazine and UNM Art Museum—for Fraction of a Second. Plus Radius Books, who’s publishing the show catalog. All of which, when you think about it, is already a moderately elaborate operation to be a part of.

But the gallery grows its orbit still wider. The opening receptions for Fraction of a Second, June 5 and 6, are also the kickoff events for a much larger “collaborative initiative that strives to represent and actively promote historical and contemporary photography in New Mexico.” The summer-long, two-city, multi-gallery series of exhibits, talks and workshops is called PhotoSummer 2015, and it weaves goings-on at 516 ARTS—like a cyanotype printing workshop on June 13 and 14—into a much larger fabric of interaction and artistic expansion.

Each intersection with a gallery (like Richard Levy Gallery, just down the street from 516 ARTS), a speaker (like Lucy Lippard, giving a keynote in Santa Fe called “Ghosts, the Daily News, and Prophecy: Critical Landscape Photography”), or an expert panel (like “Tools of the Trade” at SCA Contemporary about using surveillance in art) takes these small things, these individual photographs by established or emerging artists, and flings them into an entire constellation shimmering with possibility for discovery.

The lesson I take away lies in that amplification. Here I am in my little home office, writing these words, deep in my own world, about 10 minutes from my deadline, and thinking how such a small, direct art experience—photographs hanging on the wall in a gallery—becomes vast, absorbs multitudes, leads to something beyond itself. And later today maybe I’ll think about my writers’ group and what we could learn from 516 ARTS when we plan our next public reading. 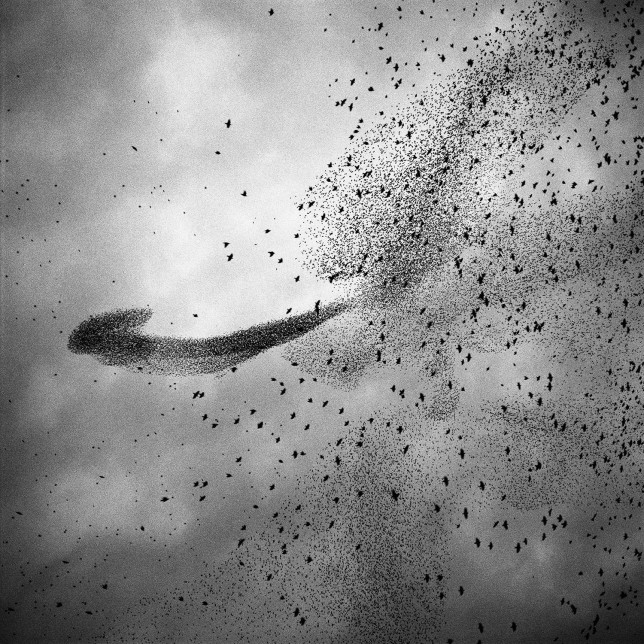 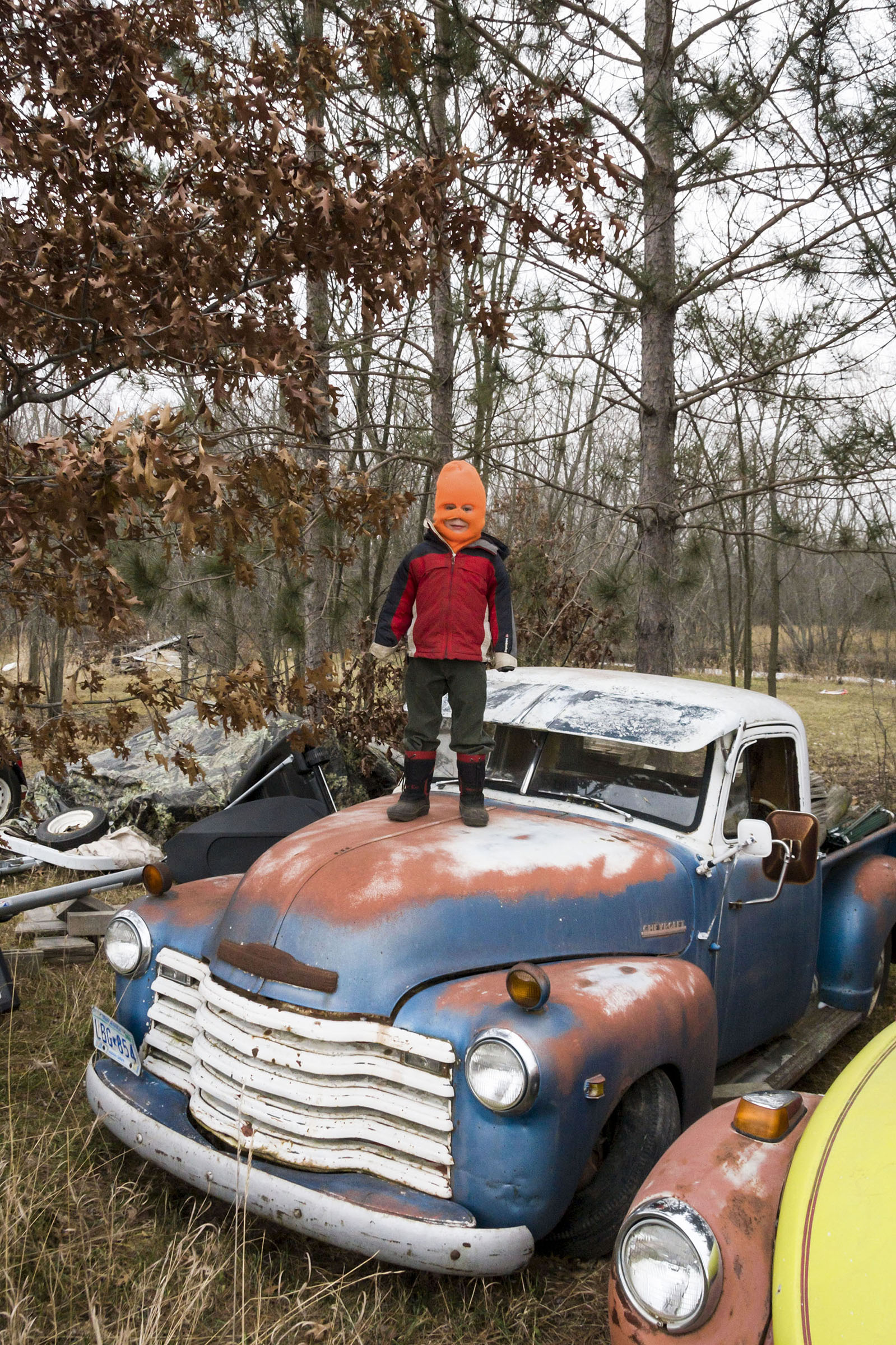 Fraction of a Second kicks off June 5 & 6 with openings at both UNM Art Museum (June 5, 6-8pm) and 516 ARTS (June 6, 6-8pm). Curated by David Bram, editor and publisher of the online Fraction Magazine, this multi-site exhibition brings together 45 diverse contemporary photographers with 35 artists from across the US featured at 516 ARTS, and 10 international artists featured at UNM Art Museum. This exhibition is the center of a new season-long photography collaboration called PhotoSummer in both Albuquerque and Santa Fe.