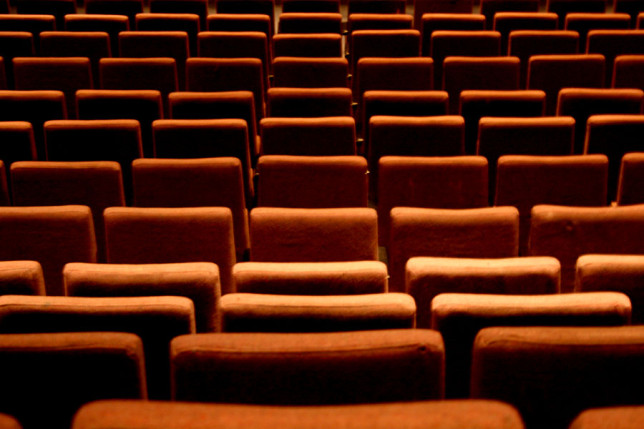 Guest blogger Paula Elias is a writer and speaker with extensive expertise on the gender inequities facing women in film and almost 20 years of experience in working with film festivals. She is the founder of the Citizen Jane Summit, a conference on gender parity now in its third year; Executive Director of the Citizen Jane Film Festival which screens only films made by women, now in its eighth year; the CJ Film Series and Filmmaking Workshops; and Camp Citizen Jane, a filmmaking camp that teaches young women the tools of filmmaking. Originally posted on Seed&Spark’s blog and reposted here with kind permission.

Bedtime stories. Most of us grew up listening to them. I remember listening to one while stuck in a camper in a Kentucky thunderstorm one summer when I was five. My sister, brothers and I were all bundled up in blankets, eating Dinty Moore stew as the storm raged outside and Dad read us The Rime of the Ancient Mariner.

I can still picture the albatross hanging around the mariner’s neck. Stories are powerful. They teach us who we are and what we can expect from the world. Film is all about story and it is arguably the most powerful conveyor of culture that we have.

Last year at the Citizen Jane Film Festival, writer Imran Siddiquee said that the power of film comes from its ability to make us empathize with the characters in the stories being told, to live the story through their eyes, even if they are completely different from who we are. If this is true, we need to make a change. Women make up 51% of the US population, but representation of women behind and in front of the camera isn’t even within shouting distance of half that number.

Just 7% of the top 250 grossing films of last year were directed by a woman. 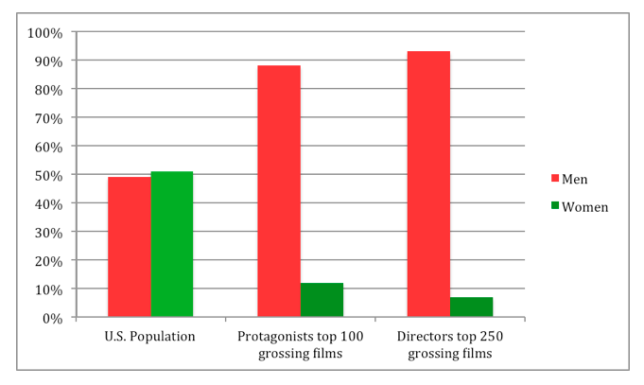 In 2014, only 12% of the leading characters in the top 100 grossing films were women. The majority of films that most people see feature and are made by middle-aged white men.

If most of the stories we see are by and about white men, whom does this teach us to empathize with? If we constantly hear the same stories, told by the same storytellers, what does that tell us about ourselves?

Programming a women’s film festival and film series gives me the chance to see the incredible variety of great films being made by women. If you are like me and get the chance to watch a lot of films, you know that the mark of a great film has a lot more to do with whether the filmmaker told a great story than the size of their budget. And women are telling great stories, just not enough of them are being seen.

Additionally, contrary to popular belief, women tell stories about all kinds of things, just like men do. I recently had a conversation with a friend of mine who proudly told me how much he likes romantic comedies, assuming that they are generally made by women. I told him that most are actually written and directed by men. In fact, on IMDB’s top 30 romantic comedies, only two were directed by a woman.

I could go on, but talking about the problem doesn’t really seem to be doing much. Women’s piece of the film pie hasn’t gotten even a crumb bigger since the Celluloid Ceiling began keeping track of the stats around women in film in 1998. Clearly, something isn’t working.

So, what are we going to do about it?

Michael Pierce of Cinema Nation said something really interesting at Art House Convergence this year: He asked what would happen if theaters programmed films to match the demographic breakdown of women in the actual population. If this happened, 51% of the films shown at theaters would be directed by women. 51% of the protagonists in these films would be women.

Art Houses have this power. They demonstrated this last December when they chose to show The Interview when the big chains declined it. They accomplished something crucial with a film that, in essence, wasn’t very world changing at all.

What if we harnessed that power and gave audiences the chance to see the wealth of stories that they don’t have access to right now?

It doesn’t really seem that radical—show people films that represent them in real ways. Show films made by people in direct proportion to who we are.

And once again, the scrappy, independent Art Houses could lead the charge. We already look to our community Art Houses to show us a deeper, more nuanced view of the world. What if they made a commitment to represent the 51%? Over the next 12 months, what if every community Art House decided to screen 51% films made by women?

It could go a long way toward removing the albatross that’s been hanging around our necks. And that would be a story we all deserve to hear.