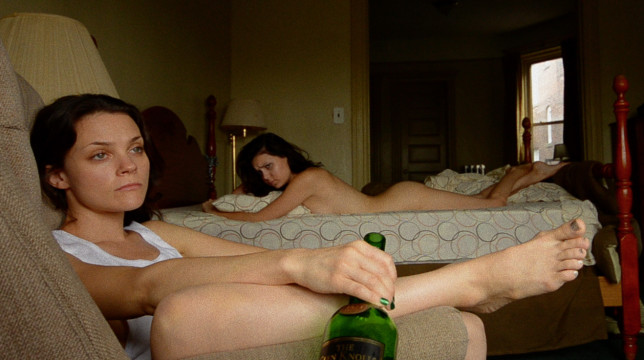 Still of Jane and Viral (Lynn Mancinelli and Audria Ayers) in Gorman Bechard’s film Broken Side of Time. Photo by Gorman Bechard.

Gorman Bechard is the director of 12 feature films, including A Dog Named Gucci, Color Me Obsessed, Broken Side of Time, Psychos in Love, and Friends (with benefits) and has also written six novels, including the religious satire The Second Greatest Story Ever Told. He is currently in production on three new features, all documentaries, including Normal Valid Lives which is currently being funded on Seed&Spark.

Hopefully we can all agree that all great art is about passion. Passion for what you’re doing, passion for your subject, a passion burning inside you, one that if you weren’t allow to express, well, you might just die.

I had a conversation with a relative yesterday about the subject matters I cover in my documentaries. He asked, “Don’t you think that if you made a film about Van Halen or Dave Matthews, it would sell more?”

And sure, yes, making films is my job. Thus the title “filmmaker.” However, there’s a lot more to it than that. 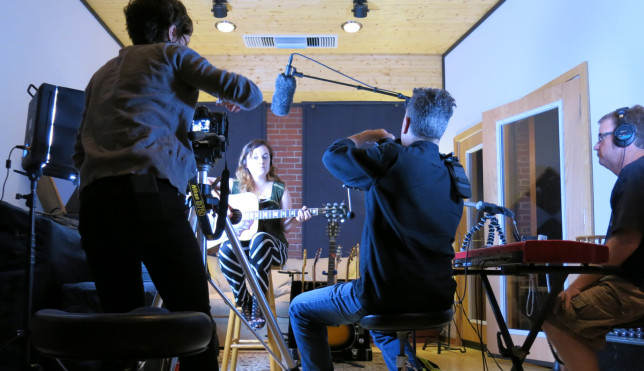 As a filmmaker, especially one working on a micro budget, you live with your film from conception to years after it’s distributed. I have an indie film I began 11 years ago, and I’m still managing deliverables on it. It’s like a child, you watch it grow, develop, step out into the world, and become accepted or not. You watch it age. But you never stop loving it, feeling for it, wanting it around. Sure, it might piss you off at times. But you’re forgiving, and as the filmmaking parent, you hopefully show it the way.

As someone who truly loves rock and roll, which is essentially the reason for my making four rock docs in five years, I could never for a moment imagine sitting in an editing room for weeks on end with music that doesn’t in some way move me. For me to devote such a huge chunk of my life, years really, to a rock doc project, I truly need to love the music, to almost feel like a soulmate with the musicians whose stories I am telling. Or to paraphrase Woody Allen: “Love is too weak a word for what I need to feel.” I need to look my subjects in the eye and say: “I lurve you, you know, I loave you, I luff you, two Fs.”

I know this from experience. A few too many jobs taking the big Hollywood check. A few scripting assignments. One directing gig. I look back and realize that as much as I tried to put my everything into these projects, something was missing. And all the cash in the world could not ignite the passion I needed to make them special. Were they good, well written, well directed? Yes, I think so. I did my “job.” But did they have the brutal honesty in every frame of my Replacements documentary, Color Me Obsessed, or my $15,000 narrative feature Broken Side of Time? No. How could they?

Take, for instance, my most recently completed film, A Dog Named Gucci, which looks at animal abuse in the US. This film grew out of a love for our own rescue dogs, and the need to do more with my craft. The need to try and make the world a better place, not only for dogs, but for humans as well. I’ve watched people sob at the few test screenings, and then thank me for opening their eyes. The film works because of the passion I threw into every frame, the tears I shed watching it over and over again, until I knew it was just right. 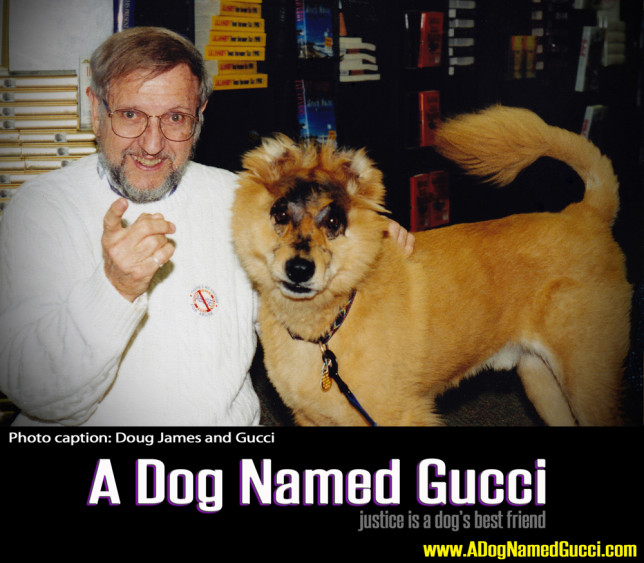 That passion is most certainly present in the two films I am shooting this summer. The first, Who Is Lydia Loveless?, looks at a young singer/songwriter and her band as they record their fourth record. Lydia is to me the future of rock and roll. She is authentic and beautifully loud. Her music makes me feel so alive that it usually brings me to tears. And I know that passion will serve the film well. On the last day of editing, I begin to cry yet again, realizing it was time to send this film out into the world. My weird example of empty nest syndrome perhaps.

The other film, Normal Valid Lives, which I am currently funding on Seed&Spark, deals with a horrible case of LGBT bullying in a school district north of Minneapolis. Just as with A Dog Named Gucci, I hope this film can open eyes as to just how prevalent and dangerous bullying is. I was bullied. My wife was bullied. My sister. Virtually everyone I know was bullied by people who got off on hurting those different than they were. I got called endless names because in high school in 1974 I listened to David Bowie. So, yes, there’s a passion here to answer back. There’s a passion here to slap the bullies in the face. There’s probably a passion to do a lot more than that for every person who’s been hurt, for every bullied child who took their own life.

I do believe films have the potential to change the world, to educate, to advocate, to preserve. But for a filmmaker to ever try and achieve those goals without a passion for their subject burning in their soul is beyond my scope of comprehension.

So, no, I will never make a documentary on Van Halen or Dave Matthews or a million other bands I could care less about. I will never make a documentary about golf, or the history of the razor blade. But I do promise that any film that bears my directorial signature will come from my heart and soul. It will open your eyes, and if you allow it, it might just rock your world. And you just might find yourself with a new passion.