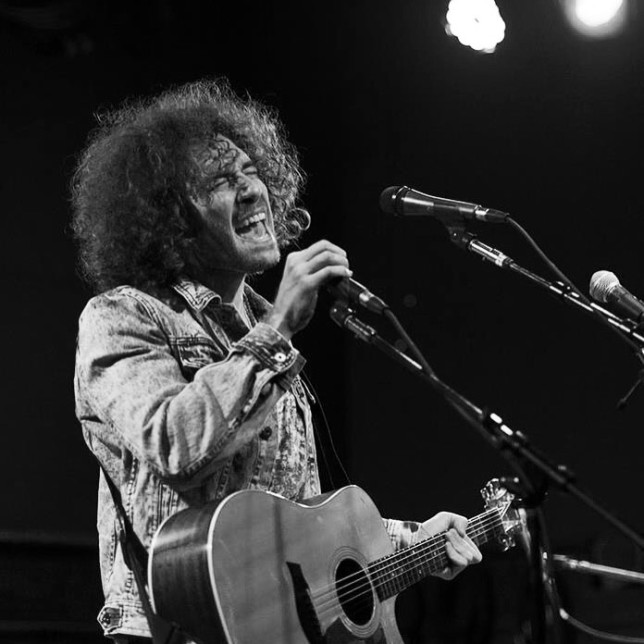 This was written by Ari Herstand and originally appeared on Ari’s Take. It’s reposted here with kind permission.

These were some of the best shows I’ve had for one reason: the energy. I don’t mean energy like your camp counselor means energy at morning rally. I mean energy as in a collective, spiritual energy.

These shows were all in the Midwest: Madison, Minneapolis and Chicago to be specific. This is the region where I started my career and really built up a grassroots fan base, so I have a base here. My incredible openers (Ari’s Take readers) and I promoted each show to make sure they were packed. I chose rooms that would provide the best experience for my audience.

My Madison show was an intimate listening room, Crescendo. It only holds 49 and the show sold out days in advance. I chose this room because the owners are musicians and they know how to create a welcoming and supportive space for the performers and they have trained their audience how to experience music in their venue. The owner, Cait, started the show by dimming the lights, standing on stage, welcoming the audience, asking everyone to turn their phones off, and instructing the room that this is a listening environment and no talking is allowed during the performances.

It’s better to sell out a 100 cap room than play a 500 cap venue and have it two-thirds empty.

Anna Laube began the night with some beautiful folk. The sound system malfunctioned during her second song, cutting out completely. Cait and her co-owner (and husband) Paul, who was running sound, told me they’d never experienced that before and the system was a new one they were trying out. It took them a bit to get it back on, but Anna didn’t miss a beat. She unplugged her guitar, made a joke about it and played the song completely unplugged. You could hear a pin drop in the room. People loved her that much more for it. She handled it like a pro. Even though she had nothing to do with the technical malfunction, she owned it and moved on.

If a technical issue ever happens to you on stage and you’re 100% certain it’s not your equipment, you still should never blame the sound guy.

Own it. You’re in it WITH the sound guy. It’s never you versus him/her. Do what you can to continue on with the show. If you’re a full rock band and the system literally cuts out, give the drummer a solo while you jump into the crowd clapping along (while one of your members heads back to the sound guy to process what’s going on). Or take Anna’s approach, hush everyone in the room and play unplugged. The audience will never forget the experience. Getting through a near catastrophe together brings everyone in the room closer.

My set felt like a living room concert—some of my favorite shows to play. I could see everyone in the room. Everyone was seated, silent and listening. Captivated. I made sure there wasn’t a single person in the room that wasn’t with me from start to finish. For my solo shows, I interact with the audience quite a bit. My stage banter has become as much a part of the show as the music. I’m comfortable enough with the audience that I vibe off the room and joke around or tell stories inspired on the spot. When you’re starting off, this will not come naturally to you and will take some practice. If you’re a singer/songwriter, practice what you’re going to say in between songs. Literally, practice the jokes and stories in the shower, in the car and before bed. Write little reminders on the setlist of what you’re going to say and when. I don’t do this anymore because I’m confident enough to play off the room, but you better believe I did this early on in my career.

I played many intimate songs I don’t always get to play and shifted the setlist to fit the energy.

Veteran performers can get up on any stage in any room and capture the audience and take them on an emotional and spiritual conquest, wherever they’d like to take their crowd. Trusted performers, like spiritual and religious leaders, have quite a lot of power. The setting has to be right (room, sound, lights, audience). Make the venue your church and take your audience to a place they’ll crave to revisit again and again. This is how you get a return audience.

Minneapolis was one of the most fun performing experiences I’ve ever had, but for all different reasons than Madison. Because I was returning to my former hometown, I called up musicians whom I’d played with in the past and booked a rock club for this performance, 7th Street Entry at First Ave. We had 200 in there and you couldn’t stuff many more in while still breathing. As much as I love playing solo shows, nothing beats the energy (and chemistry) rocking with musicians you love. I felt at home. It was fun talking with the audience after the show and seeing so many familiar faces from over the years. I’ve had little, memorable moments with nearly everyone in that room. Very few came because they just like one of my songs. We’ve had experiences. Moments. Memories. Sure, many were singing along and knew my music, but the music isn’t enough anymore.

Wonder why bands can fill arenas when they tour on a hit-filled album and their follow up (hitless) album they can barely fill theaters? It’s because they didn’t build up a relationship with their fans. Live by the hit, die by the hit.

The openers of this show, Jourdan Myers and Josh Clutter (also Ari’s Take readers) started the night off right. Josh gently massaged the room with his sweet acoustic pop melodies and Jourdan warmed hearts with her blend of piano driven indie rock. She has a powerful voice that soared over the band and captured everyone in the house. Listen to her new album (Spotify, iTunes, Bandcamp), it’s one of my new favs.

My brother, Micah, joined me for all three shows and stepped in as de facto tour manager (and co-driver). He’s written a few songs as well and every night he got up in the middle of my set and played one. That was fun.

The Chicago show was at one of my favorite venues in the country, both to play and see a show, Schubas. I was blessed to have the house sound engineer, Fabris, on for the night. He knows the room better than anyone else and makes it sing in there. Unlike many underpaid, disgruntled house engineers around the country, Fabris is paid a fair wage (higher than most) and seems content exactly where he is. $350 was taken off the top of the door and most of that, I believe, went to Fabris. I tipped him at the end of the night as well.

The room was at capacity for a seated audience with 125 in the room (thanks to the opener Nino Arobelidze for helping promo the shiz out of it). This was another magical night for similar reasons Madison was. Because it was the final show of the (mini 3 show) tour I was settled into my performance and threw the setlist out and just flowed with the crowd the entire show. I tried a couple new songs and played many old favorites to smiles of recognition.

It had been a while since I had toured these cities (been spending more time developing the LA thing), so I intentionally booked small rooms I knew (hoped) I could fill.

It’s better to sell out a 100 cap room than play a 500 cap venue and have it two-thirds empty. Sure, it’s cool to put well-known venues on your tour calendar, but it’s better for your overall career to pack people in and give the best possible show to a full house—regardless of the size. Those who get in will be buzzing with excitement at the fact that they can experience an exclusive (to ticket holders) event and those who get turned away will know your next time through they’ll need to get tickets quickly.

If you’ve never played a city before, either start with a house concert, show trade, or figure out a way you can get 50 people out.

It’s been a minute since I’ve had transcendental performance experiences. And it’s what I live for. If you’ve been on a string of less than stellar shows, don’t let it discourage you. Put in the time in the rehearsal room tightening your set, promote your shows like your life depends on it, and then, when you’re on stage in front of a packed house, confident with your set, allow yourself to fall into your music and remember why you chose this career. It’s worth it.

Ari Herstand is a Los Angeles based singer/songwriter and the creator of the music biz advice blog Ari’s Take. Follow him on Twitter: @aristake

Like these tips? Support his Patreon or give him a tip!

Need more help? Sign up for a consulting session with him.

Listen to his new album, Brave Enough, on Spotify or download on BandCamp.