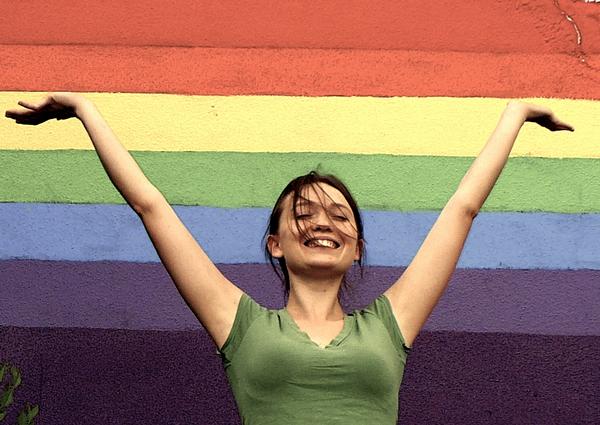 In 2006, the Screen Actors Guild (SAG) founded the Lesbian, Gay, Bisexual, Transgendered (LGBT) Actors Caucus, with the goal of supporting the actors who feel are marginalized in the entertainment industry. In 2012, this group developed a research study of 5,700 SAG members purposed to validate what was already suspected: The queerios believe they are limited in their careers, based on perception of LGBT status. The queerios are less likely to get representation than the heteros. Seventy percent of heterosexual performers have never played an LGBT role in their career, but 58% of the lesbian and gay respondents have. The queerios have tinier paychecks. The gay men are the most likely to experience discrimination. It is queerio perception that whether or not they are perceived as a queerio will affect their marketability and their future job opportunities. Many celebs struggle to come out in fear their careers will be affected. Why should it be different for the rest of us players?

Somehow, whether or not a lady hugs another lady with her legs in friendship has an impact on her acting career.

In 2008, I lounged around a television with several of my dyke friends, unable to take my eyes away from a Saturday Night Live sketch with Ellen Page. She was leaning against a couch, legs in the air, yelling, “Why can’t I just hug a woman with my legs in friendship?!” In that moment, I thought, “Ellen Page is coming out on SNL,” quickly followed by, “Oh my god, Ellen Page is only allowed to come out on SNL.” Somehow, whether or not a lady hugs another lady with her legs in friendship has an impact on her acting career. In an industry where sex appeal is prioritized above talent, announcing that your target audience has no chance in hell with you fucking sucks. When Ellen came out two years ago at the Human Rights Campaign’s Time to Thrive conference, she admitted:

…Here I am, an actress, representing, at least in some sense, an industry that places crushing standards on all of us…. Standards of beauty, of a good life, of success. Standards that, I have to admit, have affected me…. You have ideas planted in your head, thoughts you never had before that tell you how you have to act, how you have to dress and who you have to be. I have been trying to push back, to be authentic, to follow my heart, but it can be hard.

Ellen Page has done a swell number of things on the screen, and from the looks of her IMDb page she’s going to continue doing swell. But does she feel her success isn’t contingent upon her sexual orientation because she’s not perceived as a lesbian? All of her roles up until her most recent film, Freeheld, have been portraying straight women. Would she have produced that film had she not come out last year? Will she play more queer women in the future? Or will her feminine demeanor keep her playing straighties for most of her career?

My curiosities about Ellen Page and her acting forecast are part of an ongoing, larger question. None of us viewers are going to be banging any of these actors, so does it matter whether or not those actors are sexually oriented towards us? Maybe it makes our experience a little more Brechtian, as though our insides refuse to slip into that sweet suspension of disbelief because Ellen Page really wouldn’t ever want to bone Michael Cera the way Juno wants to bone Bleeker? Maybe nobody thinks about Brecht and sexual orientation only matters to the homophobes and the nitwits.

Back to those LGBT SAG Survey Respondents: The queerios have got it right. If you are a queerio, and you know you are being perceived as a queerio, you’re probably going to be cast as a queerio and continue to be cast as a queerio. Our society loves gender roles and stereotypes. We’ve just begun to accept freedom of gender expression, two boys marrying one another just became legal a few weeks ago, and the mainstream theaters love to feed their audiences familiar, unambiguous characters and happy endings.

The terrible truth is, nobody cares who you are inside. It’s how you are perceived that counts. I make it clear that I am a married lesbian with a baby, but that hasn’t stopped anyone from casting me as a boy-kisser. For several years, I longed to be a part of queer cinema. I wanted to be cast as a lesbian in something, anything. I cut off all my hair, but I never got so much as a callback in any queer projects. Recently, I removed “In search of thoughtful queer filmmakers” from my blog. To the masses, I look like a damn boy-kisser, so I need to make the most of that. My new goal is to market myself as “pretty yet gritty” because I am, alas, confined to being a lesbian in real life only. I’m certain there are loads of mountain-women straighties who get cast as lesbians all the time and it probably drives them nuts.

Feel shitty or feel empowered: Those are your two options when it comes to understanding everyone is typecast on some level. If you’re part of that group of queerios who only get cast as queerios, love that you can be cast doing what you love, surrounded by a queerio community with such an outpouring of self-respect and pride. Or get an acting coach to work on developing your straighty side. Just don’t hate who you are and don’t be scared to be who you are. I think our fears will dissipate as the soldiers, the newlyweds, and the White House continue to have gay sex.