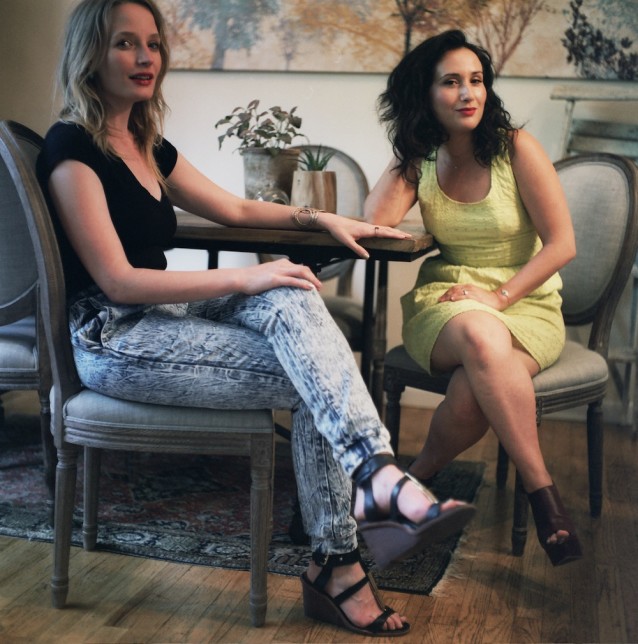 Melissa Jane Osborne is an actor and writer living in LA. She is the screenwriter of Oma which is crowdfunding right now at Seed&Spark.

I am blonde, blue eyed, and despite all attempts not to be, ridiculously Caucasian. Honestly, if scotch tape were a person it would probably look like me. I am not Jewish, and this fact seemed to be obvious to everyone but me my entire life.

In high school my nickname was “The Aryan Freak,” after my teacher told the class that I matched the dream aesthetic of Orwell’s novel 1984. Neil Simon laughed in my face once for telling him Brighton Beach Memoirs was my favorite play. In college, Rabbis in Washington Square Park would ask others around me to shake the lulav for Passover, but yell “NOT JEWISH!” as I approached. In my twenties I dated multiple guys who would refer to me as their Annie Hall phase, to my face. So when people learn that I wrote, and am helping produce a film about a first and third generation Holocaust survivor their faces go a little blank.

“Who are you to tell that story?” Many have asked the question I first asked myself when approached to write the narrative film by my friend Daniella Rabbani. What started out as conversations between two friends about our families, their trauma, and stories we’ve inherited, turned into our film Oma. Daniella is a third generation survivor who knows little about the holocaust stories of her grandparents. She wanted to fill in the gaps, and instead of bringing on a writer from the chosen people, much to my shock, she chose me.

“Are you sure you want me to write this?” I asked her after months of research and interviews. I was afraid that I didn’t have a right to tell this story. I was afraid of a Neil Simon repeat in which I was left crying outside the Neil Simon Theatre at seventeen. Yes, Neil Simon made me cry outside his OWN THEATRE. I know telling other’s stories is common. Danny Strong, a Jewish man was the writer of The Butler. Nahnatcha Khan, an Iranian American woman, is the creator of “Fresh Off the Boat”— a series about an Asian American boy. I however, didn’t want to misrepresent an experience that wasn’t mine, so I had to find part of the experience that was. 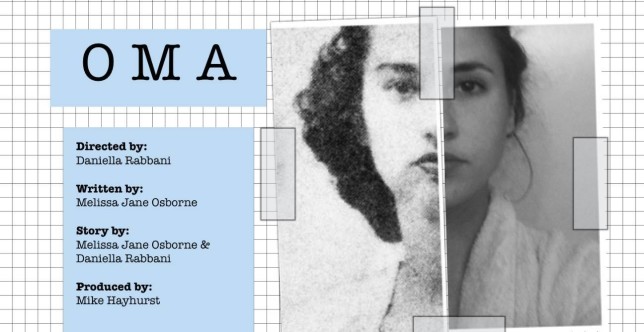 Ironically the question of who has a right to a story is the very one posed in our film. I started writing because as an actor I was restricted by my aesthetic. There were characters, voices and stories that I couldn’t inhabit. Through writing, I could tell stories that weren’t on the outset mine, but I could find a way in. After many conversations it was clear to Daniella and I that our story was not just about the holocaust; it was about family, and the things you inherit that don’t belong to you. Our story was about how different generations attempt to connect, and the risk they take in doing so. If you know someone holds an experience that affects you, do you have a right to hear it? Who does that story belong to?

As an artist, you don’t know what stories will find you or the characters you’ll meet. You just have to listen.

While our main character Ethel has gone through the holocaust it is one event in her life, not the totality of who she is. She is a woman trying to connect and protect her granddaughter from her experiences, and that’s something that’s universal. Due to how I look realistically, I’m never going to play a girl like our main character Dana, a 3rd generation holocaust survivor. However, as a writer I can create a girl who craves connection, and wants answers. As a child and granddaughter, I know what it’s like to inherit experiences that don’t belong to you, even if mine are different. I know what it’s like to want to protect my 90-year-old grandparents from any unpleasantness. I have yet to see a family without secrets. If you have such a family please adopt or marry me? Every family has stories that they keep to protect each other, that ultimately affect the next generation. Mine is no different. There are good and bad experiences that have impacted the lives of myself, and my family that I will never know. There are questions I have for my grandparents that have passed that I will never get to ask. There are questions I have for my grandparents that are living that might be more for me than them. All those thoughts and questions are mine, as much as they are Dana’s.

I’m someone who wants to talk about everything. I, like Dana and many survivors in my generation, want answers. I think that if I know specific details and stories of my grandparents and parents experiences, that somehow all of my issues will disappear. Maybe I’ll get that one answer I was looking for; that one answer that will make everything click. The truth is, I won’t.

What I learned through interviewing survivors and writing this project is you can’t go in expecting the answer. Some things don’t make sense, what survivors went through didn’t make sense. All you can do is go in and listen to what people want to say, and see where it takes you. As an artist, you don’t know what stories will find you or the characters you’ll meet. You just have to listen, enter the conversation, and let your voice be heard. So who am I to tell this story? Well, I’m not a Jew, and perhaps I’ll never shake the lulav; I’m just someone who is really honored to be part of this conversation.