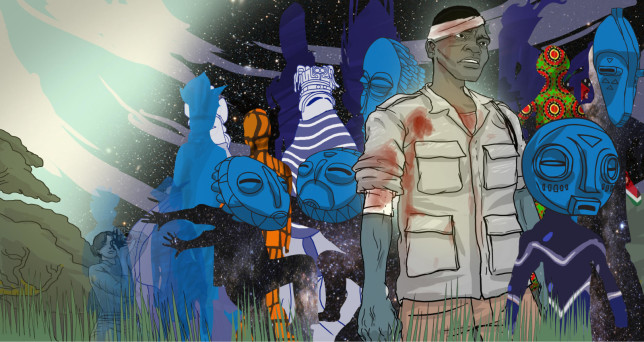 Still illustration from A Forgotten Place.

Ashley Ellis is the founder of the media and arts collective Emerald City Arts that boasts the social mission of creating meaningful content with likeminded artists. She is the producer of A Forgotten Place, a feature film set during the Nigerian Civil War, and which is currently being crowdfunded on Seed&Spark.

It’s 10pm on Sunday night. I just got home from work. This week has been no less than 10-hour days on a production gig that’s crept its way into my nights, too, with emails to South Africa in the wee hours. I’m exhausted. I wish I had the time and energy for a workout. All I have in the fridge are a couple of Arizona iced teas, and not even flavors I like. My laundry basket is overflowing. Maybe it’s because I excessively hit up the secret office candy drawer seeking superficial bursts of energy, but I’ve got a killer migraine. I thought I’d kicked that sugar addiction, but once again I’ve crashed and burned.

I have to find the energy and the words to write this, because, full disclosure, I take every opportunity to talk about my forthcoming independent film A Forgotten Place and how special it will be, and how you should follow our campaign on Seed&Spark, and how Seed&Spark is a truly revolutionary platform, etc. And even though I mean every word, as the producer of the film, saying so is also one of my many, many jobs. More importantly though, I have to write this, because I feel the need to tell you, my fellow creatives, about this thing called balance, as I remind myself tonight that if we do not seek to achieve this above all else in life…we will fall.

I wondered if she said that to everyone she had to crush. Then my heart sank. Was this the end of all incredible things?

I remember the day I fell. It was back in February, and ironically I was at a screening of my own short film at the Pan African Film Festival. It was the first time I’d seen my work on the big screen. I’d just finished moving out of my place that afternoon and barely made it to the theater in time. When the festival organizers called the directors from the segment up to the front for a Q&A, I felt particularly anxious but dismissed it as just a little nervousness. I hate speaking in front of crowds. It didn’t matter that this was a small one, and I was sure that everyone had picked out the little continuity errors that had been gnawing at me for weeks leading up to the festival.

Yet even after the audience started to file out of their seats and disperse, the anxious feeling remained. I found a way to casually bow out of a chat with the other filmmakers and turned to my friend and lead, James, to figure out our next move. And then I fell…down the stairs and into his arms, interrupting his conversation in the most awkward way. The strange feeling stuck. I couldn’t seem to catch my breath or calm down.

A few days later, I was laying in a hospital bed listening to my doctor tell me in the most matter of fact tone of voice she could manage that she and her colleagues could conclusively determine that I have Multiple Sclerosis. Her voice trailed off as she explained what that meant, just the way it does in medical dramas when the diagnosis scene comes. I thought that was just an effect. It really happens like that. She said, “We all feel really bad. It’s as if the very worst things happen to the best people. You seem like a such a nice girl, and you’re making such incredible things.” I wondered if she said that to everyone she had to crush. Then my heart sank. Was this the end of all incredible things?

I kept telling myself that MS was not the worst possible news. It certainly felt like the death of my newly budding career though. I’d resolved in 2015 to forget my fears of failure and finish the doc films I’d shot and shelved. I’d put in a year of work with Odera Ozoka on A Forgotten Place, my first narrative feature to produce, and we knew most of our ideas were gold. I thought I was crossing a threshold but instead ran right into a wall. At this point, I could barely hold a cup or tie my shoes. The idea of pulling off an indie film on location in Nigeria, once so exhilarating, now felt like a mean joke. I saw myself sitting in a theater, a year or two from now, proudly watching the movie that I didn’t get to make. That first night of knowing was the scariest.

It’s been six months since then, and so far I was wrong. Now here’s the part where I lecture a little bit: I have learned that patience and productivity go hand in hand. When my entire body shut down, my mind moved faster. Yet I had no choice but to be still. The things I never made time for, like walking and reading and even occasionally napping were suddenly the most I could manage. A change in diet—no longer nice to talk about but necessary. Asking for help when I really needed it—inevitable. Getting offline and going to sleep—the best.

I’ve slowly started to feel like myself again and add work to my to-do list in manageable doses, but in adopting the habit of caring for myself more than my career, something unexpected has occurred. I not only feel better, but I also work better. By shedding or sidelining all of the stuff I couldn’t handle, I focus on the projects that are most important to me. By concentrating my energy, those projects are moving forward faster. Seeing more progress inspires me, and feeling inspired has unlocked my creativity. I have accomplished more in post on my doc films over the last six months than I did in the last three years. A Forgotten Place continues to develop, and now Odera and I have a team that has made us stronger. MS sucks, and I wish everyday that I didn’t have this disease, but finding balance is the silver lining. 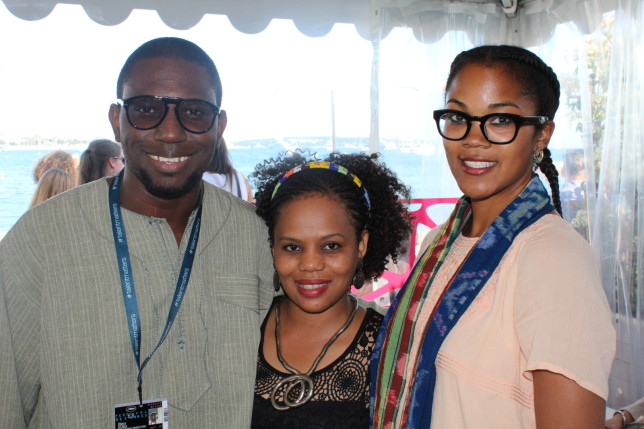 Listen, no one told us in film school that if we wanted autonomy in this industry, we’d have to become entrepreneurs and learn to be marketers, accountants, lawyers, strategists, managers and salesmen in addition to storytellers. When we fell in love with cinema, we chose not to think about how broke we’d be (hopefully just at first). There will always be the ridiculous aspects of filmmaking, like 16-hour set days, disasters that strike, and cast or crew who lose their minds. There may (hopefully not forever) always be the productions that we thankfully squeeze in, because we need the money. Film will never stop and never cease to be stressful if we allow it. We simply must embrace the pleasures of life that we’re otherwise consumed in bringing to the screen.

And with that said, I must sleep.