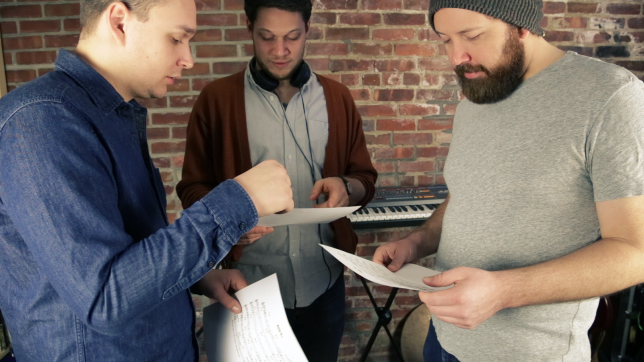 This article is excerpted from Soundfly’s new band leadership course, Building a Better Band. Written by Josh Robins, the guitarist, founder and band leader of Austin’s most adventurous rock band The Invincible Czars.

Here’s a situation many musicians experience on an all-too-regular basis:

You get out of your day job, sit in traffic all the way home, load your gear, eat, maybe review some material, inch through more traffic and arrive at practice only to find the band “leader” isn’t ready or, worse, isn’t even there yet! They show up unprepared and expecting your forgiveness, but meanwhile you end up writing your own parts and then guiding a singer-songwriter through their own songs. Whose project is it again, yours or theirs? If you’re not being paid or not being paid well enough, how likely is it that you’ll show up on time or at all in the future? Not very.

As I got better at managing time, the unprepared players fell away.

As a bandleader it is our responsibility to manage our bandmates’ time in a way that is both courteous and thankful to what they endure to be a part of our group, and to be diligent in managing everyone’s precious and limited time. Consider that your players or band members are volunteering their lives to help you realize your creative dream—however collective or individual (you think) it may be.

Nobody is perfect, and that balance is a delicate one to achieve, but it is the unprepared bandleader who is either completely ignorant of the fact that they have been wasting their bandmates’ time OR they have justified doing so because they are:

Even before I fully accepted the fact that I was a bandleader, I knew I was mismanaging my own time. It took years for me to understand that my mismanaged time was causing wasted time for others. My first real inkling came in 2006 when my friend Sarah Norris (Bee vs. Moth, Benko, etc.) joined The Invincible Czars as guest vibraphonist for our first silent film performance. Sarah is one the most professional musicians I’ve had the pleasure to work with. She is always on time and prepared, and expects the same from others. She can also sight-read and play like mad.

Sarah was very patient on the project. She was our first guest musician and I didn’t know what I was doing. When it was all done, I asked her how I could’ve made it better. Her answer—have all the music written and rehearsal plans or goals organized before your guest player shows up to the first rehearsal.

At the time, I felt embarrassed. I knew she was right. If we’d had the score done and ready, she could’ve just run it with no trouble (something the rest of the band could NOT have done, honestly). Sarah had skills and experience we didn’t. I benefited greatly from her patience. But it was becoming apparent I’d simply bitten off more than I could chew.

I had to cowrite, perform, promote, book, video edit and manage rehearsals for 100 minutes of new music that had to be performed in sync with a movie. Sarah’s instrument and writing for it were new to me. I had to seriously step up my reading skills. (I can remember sweating and shaking through that first performance and thinking, “Wow… I’m reading music at a show. I never thought I’d do this!”)

I’m glad that we delved into this project—I learned a lot, and took away from it things I wouldn’t have thought about otherwise. Fortunately, I had more opportunities to learn from Sarah, and I got to see how she managed rehearsals. She started and stopped right on time, even if some people were late. She didn’t force the whole band to go over music that one person couldn’t get or hadn’t prepared. She would either make a change to that person’s part or expect that they’d master it on their own time before the show. We, on the other hand, ended on time but sounded terrible. My instinct would’ve been to keep the group another hour until we sounded at least decent.

These days, I run rehearsals a lot more like Sarah.

If your players are simply trying to outrun each other, the bear’s rampage will never end. You’ll never focus on each other’s strengths for the betterment of the music in an every-man-for-himself mentality. (You might get to hear some really fast solos, though.) In the long run, you’ll keep the best players if you treat their time and yours as the irreplaceable commodity that it is. And sometimes, you just have to let someone get eaten by the bear.

As I got better at managing time, the unprepared players fell away. It’s never fun to let someone go, but the payoff is that I only really play with lifers these days—people who will never give up playing music just because they got married or changed day jobs or just want to party.

These days, I run rehearsals a lot more like Sarah. If something doesn’t sound good or isn’t ready, for any reason, right before a show, it gets cut—no matter how badly we want to play it. Sometimes it’s because one person just isn’t ready. Sometimes it’s because none of us are. Instead of letting the bear chase one of us down, we simply make another plan that gets us all out of the forest alive and together. When I’ve failed to manage time properly, I ask the question I asked Sarah in 2006—how can I do this better next time?