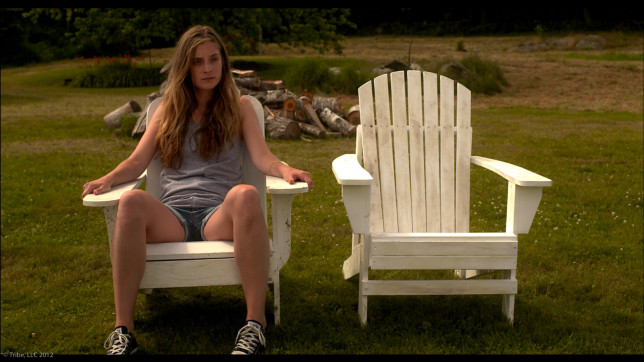 Caroline Von Kuhn is a writer, director and producer of independent films. Her directorial debut, Like the Water (co-written with actress Caitlin FitzGerald) was written, financed, shot, edited and world premiered in 15 months. It was the film that inspired the fair trade crowdfunding/distribution platform Seed&Spark.

Six women set out to teach ourselves filmmaking with other women who wished to pursue the same feat and serve the same story. The story of a woman—a woman in all her complex truths—powerful and soft, gracious and messy, stubborn and vulnerable, struggling for the right words, fighting to more fully form and share her own ideas.

And through the process of conceiving and realizing this film, we discovered that the trait which we originally feared the most proved to hold the greatest value. In fact, it quickly became invaluable in our work.

It was only during moments we stopped asking questions that we came up short.

After initial resistance, we chose to embrace our vulnerability (not any of our natural impulses), let go of our ego, judgment and voices of doubt, and simply open ourselves to asking the right questions at each step—of ourselves, of one another, and of the collective.

Because we had to.

We were aware, though upon further reflection not nearly as much as we thought we were, of how little we knew of the filmmaking process. We embraced this instead of letting it paralyze us. We took each step in garnering our extended team and resources by exposing what we didn’t know so we could allow others to step in to fill that void.

Leadership through vulnerability, especially when passion and self-expectations are high, is terrifying. But it didn’t hurt that these female artists were a group of intelligent, kind, talented and fierce women. Nor surprisingly, vulnerability is much more accessible when you have the right partners. 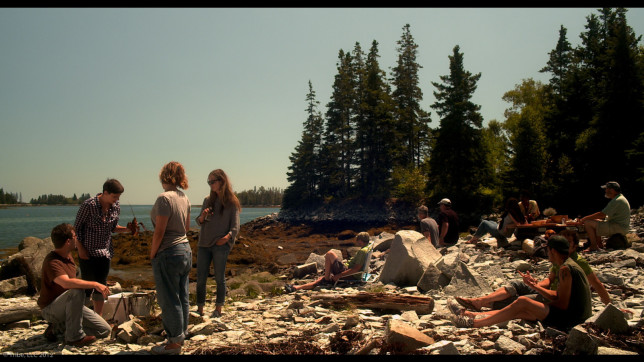 Neither Caitlin FitzGerald nor I had worked with a writing partner before and we entered this relationship not yet knowing what that dance would be. In the writing process, I knew my dialogue was sentimental (at best…) and yet this woman’s journey, the visual language of the film, and certain scenes felt very much in me. And so together we were able to write our script. The result includes a scene whose writing and performance moves me to tears without fail each time I watch it. That dialogue most certainly did not come from me.

And then as a first-time director entering production, I was handed a film school education. Emily Best brought on two artistic partners who handed me a vocabulary to be able to direct a production: my AD Liam Brady, who had studied film at NYU and is a filmmaker himself, and DP Eve Cohen, who had studied cinematography at UCLA. They were my confidants. They would answer my infinite questions, expanding my vocabulary each day so by the time we got to set the next day those decisions were embedded in me and I could direct. The same process proved true with my editor Mikaela Shwer who guided me through the most exhilarating post process. Finding and re-finding this film in what felt like infinite iterations between us.

With the production this made sense, but it was with my producer and our actors that the space for my own vulnerability surprised me. It was a limitation of resources that led to us make a “wedding-list registry” of needs for the film. It resulted in additional finance, ladders, bug spray, wine and entire locations gifted. You name something significant to the film—large or small—and we received it. This crowd-sourced funding and in-kind gifting eventually birthed Seed&Spark, the reason our film is now out in the world. Emily, our first-time producer most certainly asked the right questions and continues to through Seed&Spark’s impactful work.

I had written the script with Caitlin who had initiated us gathering to make a movie in the first place. The subject matter was very personal and the desire to both direct our shared story and direct Caitlin as an actress were very high stakes to me. Emily created a supportive, safe space for me to direct. I, in turn, offered the same to my cast and crew—setting up their voices to discover, play with and elevate the material. On shooting days it was deep listening and holding that space for them. It was working with Susan Main who guided actors into the place where they could drop into their simple truth. It was working with a DP who put the story first—gracefully navigating that dance for time between camera and performance. On days off it was Salt ’n Peppa duets at Cuzzy’s karaoke. It was skinny dipping in a Maine lake. If I wasn’t willing to go there, why should they? Vulnerability.

For vulnerability cannot be one-sided. It was when we lost this vulnerability with one another and took things for granted that challenges arose. Each of us accepting our own limitations and finding patience for accepting the other’s limitations was what allowed us to forge ahead. We were all first-timers in our positions. This wouldn’t change—no matter how rapidly our expectations for our own work rose—we each had to keep asking the right next question.

In fact, it was only during moments we stopped asking questions—with each other and with the work—that we came up short. Those times when doubt or ego were given space to creep back in. Suddenly a disagreement would erupt or a misstep was defended rather than explored to be remedied. But then one of us would step back and ask the next question.

True vulnerability permits power and grace. It was this power and grace, with perhaps a dash of youthful optimistic confidence, that Caitlin FitzGerald, Emily Best, Emily Alexander-Wilmeth, Susan Main, Salome Krell and I set out to teach ourselves filmmaking. And bring to life Like the Water in this process.

Vulnerability, or the pursuit of the right question(s), defines my work each day as I serve my next film, this time as producer. And I stand by it. This shouldn’t be gender-specific. Nor does it apply to filmmaking alone.

So be vulnerable. Always.