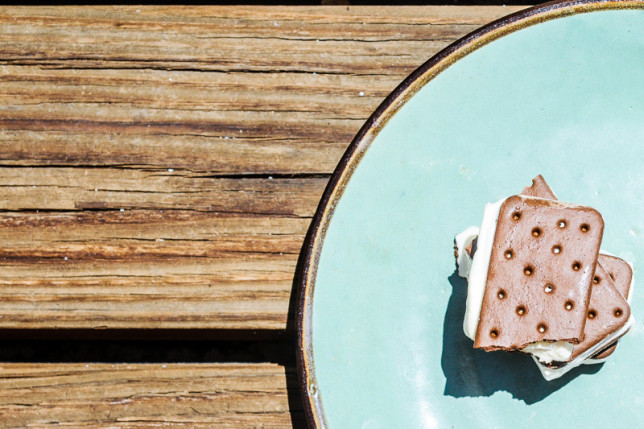 This is part two of a three-part series on Albuquerque food photographer Clarke Condé’s New Dish Project. You can find part one here and part three here.

Food photography prior to the digital revolution owes everything to the lowly toothpick. 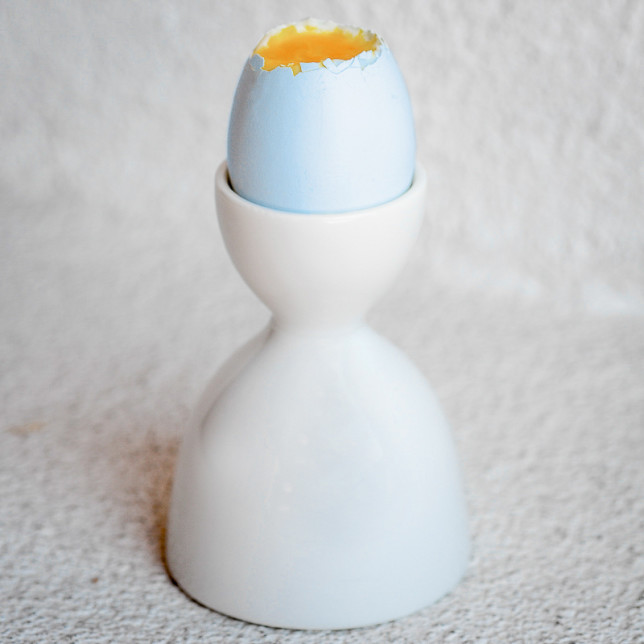 Like a corseted Victorian, what this new egg cup of mine lacks in practicality, it makes up for in elegance. 25 cents at the thrift store (whose name I was recently encouraged not to reveal lest people swarm in and grab all the good stuff), the egg cup almost seems like a throwback to an earlier food time before the fear of salmonella cast a shadow over the soft-boiled egg. Fear not, I know this chicken and her blue eggs, photographed here in Old Town Albuquerque, New Mexico. 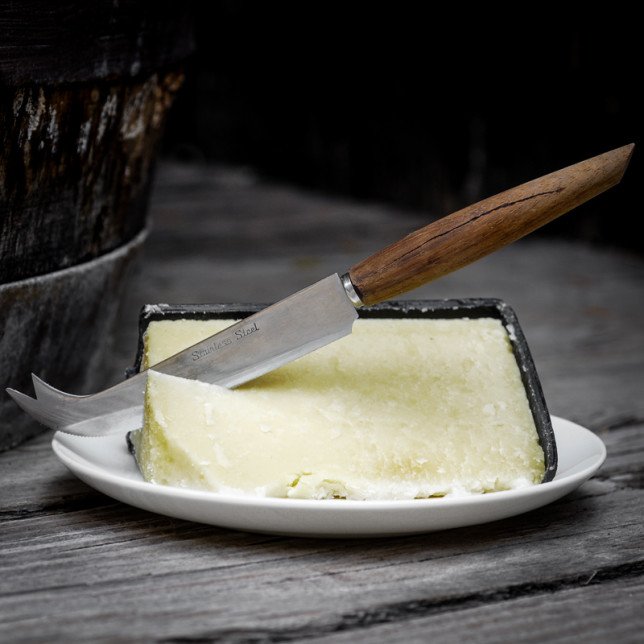 There is a world to cheese knives that if I as a food photographer had a cheese client I would gladly get into, but as the New Dish Collection is something of a thirty-dish overview, my new 25 cent cheese knife will suffice for now. These knives are pared with the hardness of cheese and often have a shape honed over time. In this case, I’ve paired this with an Irish Cheddar that looks at home next the wood barrel here on the plaza in Old Town, Albuquerque, New Mexico. 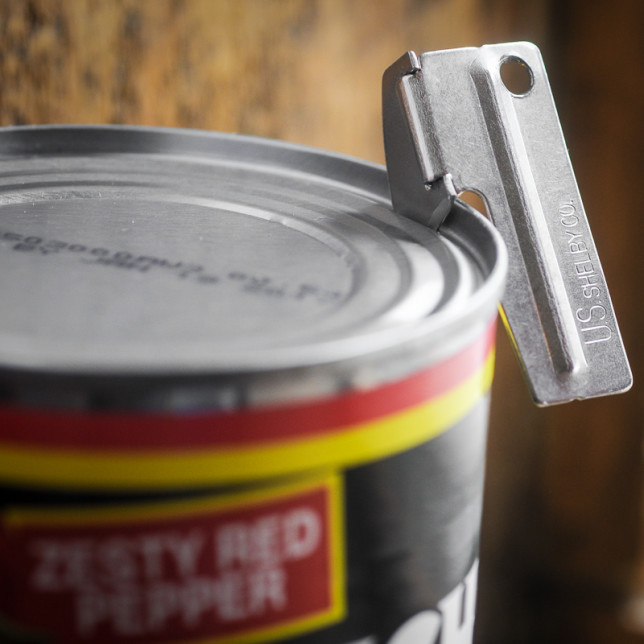 I would be remiss if I didn’t include in this collection an item I almost forgot I had on me, but have reached for in my pocket instinctively since I was a teenager every time the need arose: the P-38. Ounce for ounce, you’d be hard-pressed to find an item that has met the needs of more hungry American soldiers than the P-38. Designed in WWII to open food cans, you will still find the P-38 on the keychains of veterans of a certain age because it continues to perform the same job with the exact same precision without rusting, sharpening or breaking more than 70 years later. Issued to G.I.s until the advent of the MRE ration in the ’80s, food photographers in the self service can pick one up like I did new for 50 cents at a military surplus store. 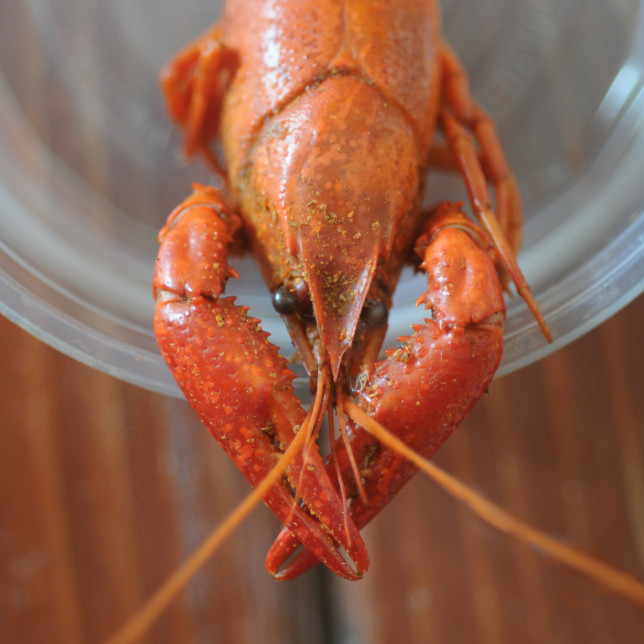 Ubiquitous yet indispensable, the plastic deli container is available in a variety of sizes and has revolutionized food storage, transportation and sales. Somewhere between when they stopped putting Big Macs in styrofoam boxes and today, these clear plastic, throwaway containers showed up in the service of a hungry public too hurried to get a plate. In a well-appointed food photography studio, stacks of these await moving foods. At the local grocery store here in Albuquerque, a plastic deli container can be had for all of seven cents, complete with the fishmonger’s choice of the single best-looking, fully cooked, wild caught, Chinese crawfish. 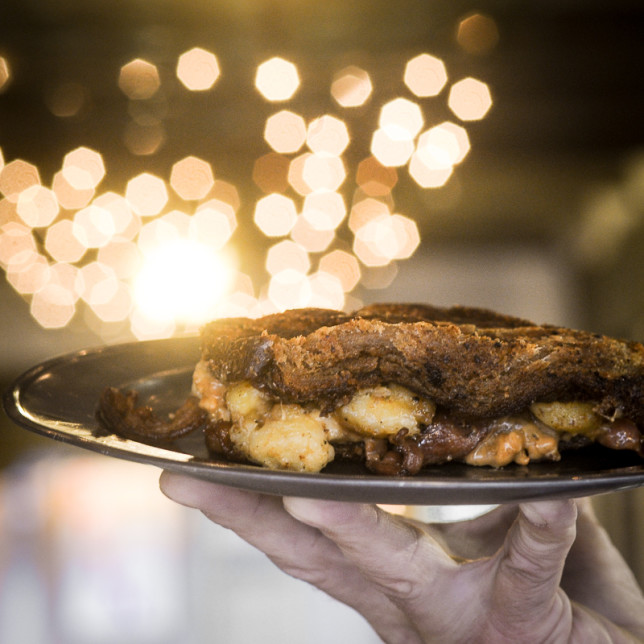 So maligned is the pewter platter that it garners no more than a dollar from the church sale. Let me say though, in the defense of this base metal, that pewter has a quality overlooked by snobs seeking shiny, pretty things rather than the underbelly, slag-filled, late-night sandwich of kings. Ugly as it is, the Elvis Sandwich, with the triumvirate of bacon, peanut butter and banana fried in bacon grease, adds a convert with every bite. Today, the king reigns in another, holding high my new pewter platter in the early evening in Old Town, Albuquerque, New Mexico. 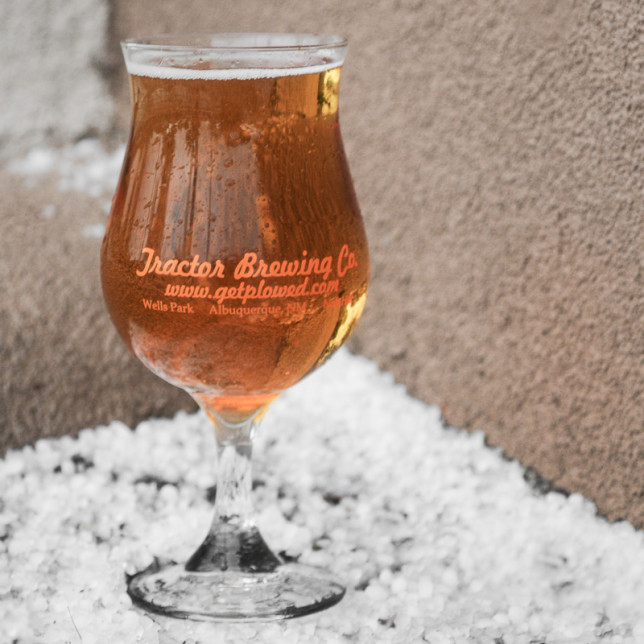 Among beer aficionados and barkeeps of a certain ilk, there is much debate about glassware. While the durable shaker pint glass is still favored by barkeeps that prefer not to constantly buy new glasses to replace the broken ones, the tulip glass is preferred by many who would rather have a glass that accentuates the taste and aroma of the beer. I am not a picky man, but given the choice (and the glass), I’ll take the tulip. Seen here is my new tulip glass from New Mexico’s own Tractor Brewing Company, photographed promptly after today’s noontime sleet storm right outside my Old Town food photography studio. 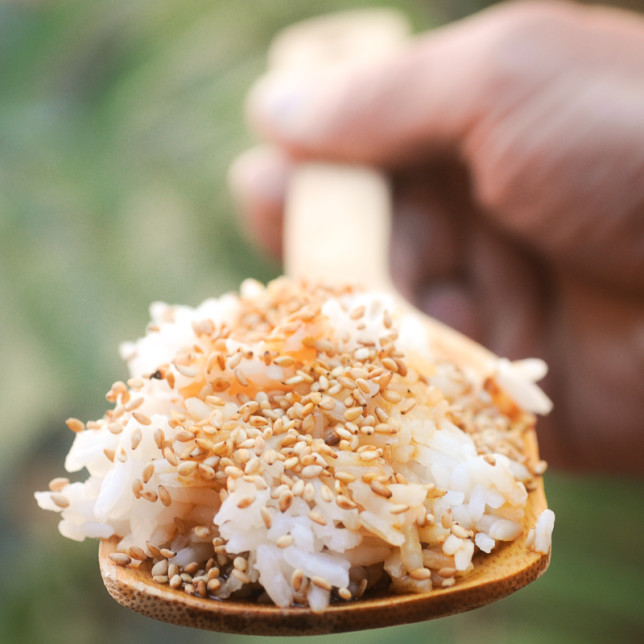 For the moment, I have sidestepped the whole issue of a wooden spoon. A good, seasoned wooden spoon for sauces is elemental for a chef, passed down through generations in some families, the wood type debated, the shape argued over, but I am not a chef, I am a food photographer, I’m not looking for tools that make food taste good, I’m looking for tools that make food look good. So today I found three new large bamboo spoons for $2.99. My favorite is this haphazardly asymmetrical one with a slight concave. I have to say, it looks pretty good with the rice and sesame seeds in the backyard of the Albuquerque studio. 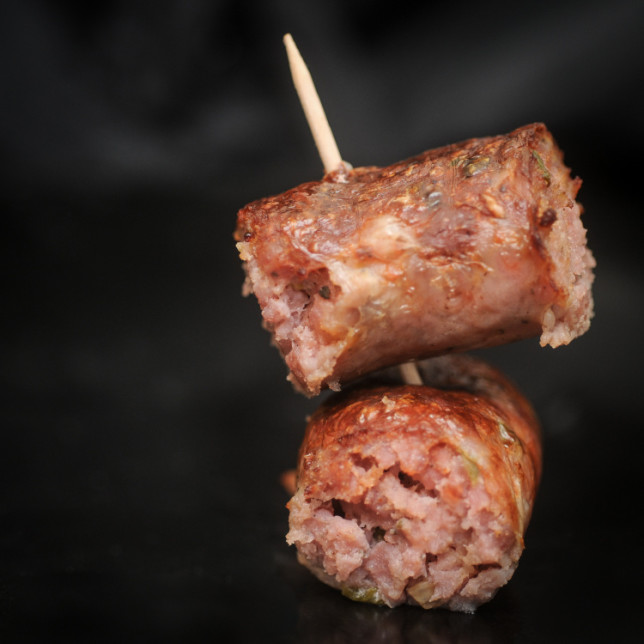 It is not too much of a stretch to say that food photography prior to the digital revolution owes everything to the lowly toothpick. Indispensable, undetectable, and disposable, a pack of 250 were on sale tonight for 79 cents. Seen here holding together two pieces of green chile bratwurst, ladies and gentlemen: the toothpick. 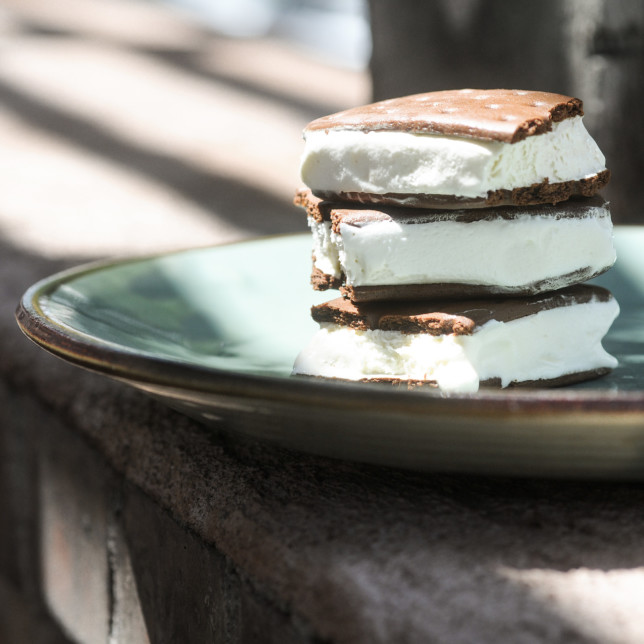 Heavy and handmade, with pits and impurities, my new stoneware plate has a rough quality that matches rough-edged foods. Given to me by my friend Megan, she said she liked the minty green. She said that orange foods would really pop on it, which they would, but I don’t have any orange foods to photograph today, and orange is so tough to rhyme. Plus, I have a plan which is these ice cream sandwiches. 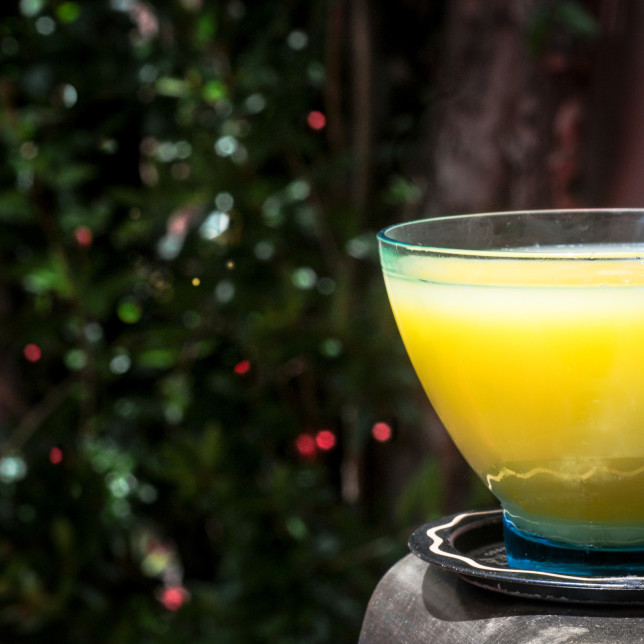 As a guest on the podcast of the Self Employed Happy Hour this morning, where I talked about the New Dish Project and the process of putting together a new food photography studio in Old Town Albuquerque, New Mexico, I was given this blue glass cup filled with a mimosa. Without getting into the numerous merits of blue glass, or the old-world geography of traditional east-west touch points along the bowl-cup-glass shape continuum, let me just say thanks to Peri for the cup, the mimosa and for having me on the show.