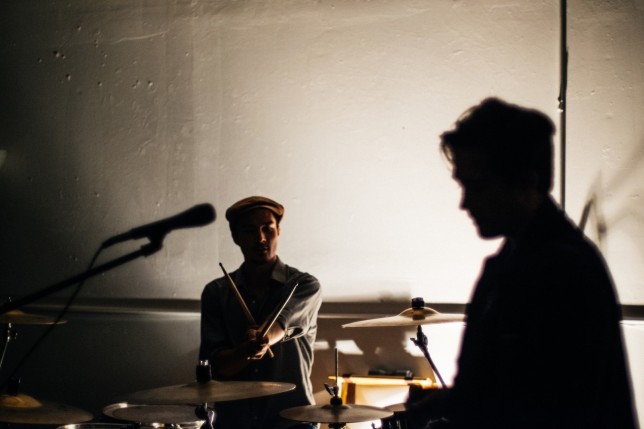 I remember trying to write songs as far back as elementary school. I can’t say that I remember any of them, but I know without a doubt they were awful. Even though I had been playing guitar since I was eight, had real stage and bar experience by ten, and knew a reasonable number of classic rock songs, I still didn’t know anything. I was good at playing whatever I was told to play, I could improvise to a listenable extent, and I thought that was enough to conquer the world.

I got older, and further away from the novelty of being the little kid who played Zeppelin in the local bars; I started to feel washed up by the age of 16. So I decided to study classical music in college, and in preparation for that I took a newly established music theory class which had become available my senior year.

The class was taught by the choir instructor, Mr. Miller. At the end of the year he gave us each a packet of materials to help us on our journey as musicians. It came with general words of wisdom—paragraphs written about what matters and what doesn’t. It also contained a parable by Elie Wiesel, an author and Holocaust survivor. The story told of a man whose life goal was to change society for the better. Later, he realizes that his plight is not to ultimately change man, but to prevent man from ultimately changing him.

After reading the material with us, Mr. Miller went on to say that life as a musician will quite possibly break you in every way. It will drain you emotionally, ruin your relationships, consume your time, your money. A life that will push your psyche to its limits, testing your values and morals. A life that can be degrading, grueling, and in that instance of fulfillment, when you reach what you think is some sort of pinnacle, you might realize that you sacrificed everything else to get there.

Even if you are willing to make sacrifices, the achievements you manifest will be but small steps on a staircase that has no end, and the next step will be more elusive than the last. Leaving class that final time, I was a little bit different, a little older, and a little lost. I wanted to change the world, and I still do. Since then society has been relentless in its effort to change me, and keeping myself intact has been the greatest struggle of all. What Mr. Miller had to show me did not keep me from being beaten, but it has kept me from being broken, and I am forever grateful.

You’re either an artist or you’re not.

As an artist, everyone is going to want to tell you what they think…about everything. There is no shortage of know-it-all, talentless dipshits who love nothing more than to suck the soul out of everything within a 50-mile radius of their puckered, organic lip balm lathered faces. I have spent six years of my career hearing, “You should meet my cousin Bryan, he’s a really good guitar player,” or, “Your music is okay, it is, but I wonder how it could be better, you know?” People even tell my parents, “Why doesn’t he go on American Idol?” and, “He should be getting in touch with people like Chad Kroeger.” One such person even told my dad, and I quote, “This music is shit.” So a quick thank you to those people for their infinite wisdom on art and the modern music industry, with apologies to Chad Kroeger.

That being said, laying everything about yourself and your observations out for the entire public’s opinion is literally what we do. Some may praise you if you’re capable of reaching people in any way, and some may rip you apart limb for limb as if the world would have been better if you never said anything. One time in the early days of The Lymbs, a lady who lived a few houses down from where we would practice yelled at us from the street for not having bass lines that consisted of more than two notes. The joke was on her though. We didn’t have a bass player.

It’s important to understand that people don’t necessarily do things like this because they are actually forming rational opinions about your work, but out of social function, or because life has (through some shape or form) put a bitter taste in their mouths. I empathize, because I can taste it too.

When the world around you appears rotten, it’s hard not to treat it as such. Life, however, is beautiful, and no one should be ostracized for trying to share that with the world, even if the work is considered subpar. With time, public opinion will take its toll on you, and it is hard to filter through it all, but if (for the sake of this argument) you end up a cynical old man or woman who has nothing better to do than talk about how things used to be better, or how you were misunderstood so you never got your chance, then you missed the point and you’re not an artist. 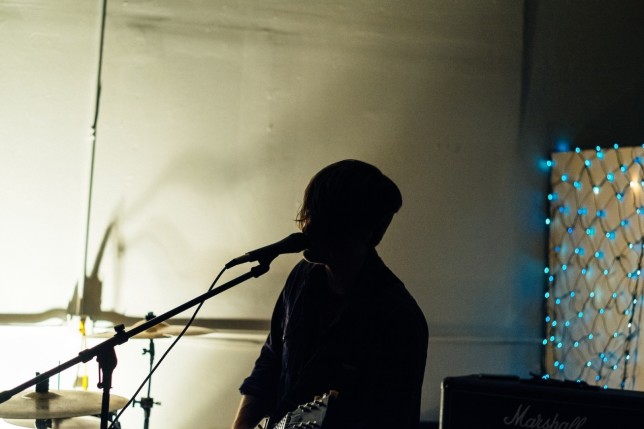 I don’t have much in the form of advice to give you on harnessing artistic ideas, or breathing techniques to help you reach an epiphany. You’re either an artist or you’re not.

Artists do not exist in a vacuum; that would be impossible given the nature of what art is, but it takes a specific type of person to be a true artist. You don’t decide to be one some day because the idea entertains you. And people outside the general concept of art creation can still be artists. A mother who is passionate about her children will help mold their blooming minds into adulthood—a reflection of herself and her observations in direct form. A mathematician who believes in the power of numbers will spend day and night, working his or her whole life to find an equation that changes the way we view the world entirely; a veil lifted from our eyes, a reflection we had yet to see or comprehend.

So there is really no advice to be given. You find your way to art or you don’t; and if you don’t that’s okay, your life is meant for something else that is just as important to the progress of the world.

The advice I can give is more like the advice Mr. Miller gave me: Be honest, and believe in something, anything, but know that belief and commitment come with trials and sacrifice. My plight tends to make me intense, and this caters to my feeling out of place most of the time. I say what my heart tells me to say, and I admit, I do this like a fool in love, but I am a fool in love and I refuse to apologize for that.

If you aren’t willing to dedicate your life to something and accept the consequences then don’t. If you are willing to dedicate yourself to something, then hang on, because its going to be a long and challenging journey that no one can prepare you for, one full of beauty and value, heartbreak and loneliness. Share your observations humbly, know that everyone sees things differently, and stand by whatever it is you represent bravely, and within reason.

Whatever happens to you or whatever consequences come with your journey, don’t give up on your dreams and ideas even if it seems like you will never achieve what you have labeled as success, because again, that’s not the point. You are here to do and be, and however the world takes what you do is out of your hands, but you do it all the same. I leave you with a quote I just recently came across, something for you to contemplate as you go and do and be.

And the prevailing philosophy of life would be a kind of Higher Utilitarianism, in which the Greatest Happiness principle would be secondary to the Final End principle—the first question to be asked and answered in every contingency of life being: “How will this thought or action contribute to, or interfere with, the achievement, by me and the greatest possible number of other individuals, of man’s Final End?

Gage Bickerstaff studied classical music and guitar at Texas Tech University under David Brandon, and The University of New Mexico under Michael Chapdelaine.
Spending a few summers in Los Angeles to break out of his box and understand the music industry, Bickerstaff decided he wanted nothing to do with the materialistic tendencies he found there, and came back to Albuquerque to start a rock band that created real, inﬂuential music.
View all posts by Gage Bickerstaff →