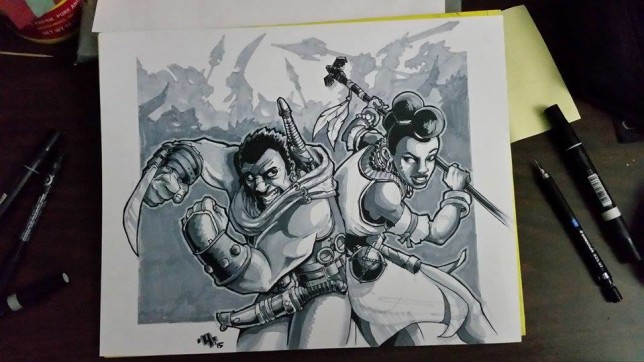 Eric T. Elder is the founder of OW! Entertainment and the producer and director of Changa and the Jade Obelisk, which is currently being crowdfunded on Seed&Spark.

I grew up loving art and animation. I watched the classic Warner Brothers cartoons in syndication on TV, of course, but I was also a fan of Japanese imports like Speed Racer, Star Blazers, and Battle of the Planets (aka Gatchaman).

My mom was an amazing grade school art teacher for over 40 years in the Philadelphia Public School system. I learned how to teach by just watching her. In 1983 when I was 13, she got me a scholarship at her alma mater, Moore College of Art, to take figure drawing classes. I loved it! Little did I know at the time, this was the perfect training to become an animator.

Many years later, I was a full-blown animator and spent a few years of my career working at animation studios. My first was MTV Animation in New York on the Beavis & Butt-Head feature film in 1996.

I realize now that this time of life may be an opportunity to lose myself, and discover everything.

In 1997, I took the leap and moved to Hollywood to land a job. I traveled all across Los Angeles on the bus dropping my portfolio at every major studio for almost three months with not much luck. Running low on funds and having my safe animation teaching job in Philadelphia waiting for me, I almost gave up.

But one day I stopped and thought about it. I could not be the guy Hollywood chewed up and spit out—I couldn’t go back home with my head down and tail between my legs. I decided in that moment that I was staying no matter what. I made the commitment to live my dreams and not be ruled by my fear.

In that same moment, I got an idea that would change my life. I had a friend who was working on the then new show “King of the Hill.” I had completed both a storyboard and a character layout test for them. They were not strong enough to get hired, but I did get some good feedback. (A test in animation is like an audition to see how well you can draw the characters and do production work.)

The idea I got was to take the test again, and keep taking it until they hired me. I also utilized my friend as an inside contact and got some director feedback that made a big impact. On only my second try, I got the job!! These were great times where I got to meet, work with and befriend some amazing and talented people.

After that, I worked in education and even spent a few years as a Creative Director in the casino gaming world. I was making more money than I ever had in my life, but I was bored out of my mind. I felt like my soul was being sucked away. At the age of 44, it finally became clear to me that going to work for someone else and not having ownership of what I created was a losing proposition. Again, I had a choice: to do what was considered “safe” or to follow my true dreams and passions, and invest in myself and my own company. I chose the latter and created OW! (Online Worlds) Entertainment. 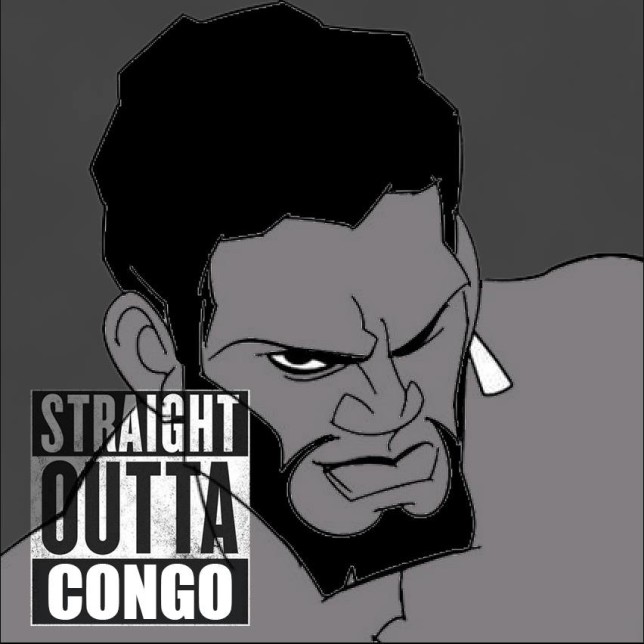 I’m reminded here of the quote by William Hutchinson Murray: “Concerning all acts of initiative (and creation), there is one elementary truth that ignorance of which kills countless ideas and splendid plans: that the moment one definitely commits oneself, then Providence moves too.”

This past January 2015, I decided to take another leap and crowdfund our animated film project Changa and the Jade Obelisk on Seed&Spark.

When I made the commitment to produce and direct Changa and transform myself from a worker to an owner, things definitely began to move. Miracle resources have been springing up to support the project regularly. I feel more alive than I have in years. I feel like I’ve finally gotten back in touch with what inspired me about animation and media in the first place, and on a whole other level. I know it sounds cliché, but the project has become an opportunity to find myself and in more ways than one.

No matter where you are with your career, I invite you to follow your passion, trust your inner voice, honor your spirit, and commit to something that represents you in the world.

I realize now that this time of life is not just about finding myself through my art and business, but maybe an opportunity to lose myself, and discover everything.

Interestingly enough, I’ve also found myself back in education. I’ve begun a new workshop called Black Magic Studios, which is a space to create animation, games and virtual reality. I have also begun teaching a course called “World Building: Creating and Designing Story Worlds” at Loyola Marymount University. When you open yourself up to following your dreams, you never know what’s around the corner.

I’ll leave you with more of the quote from Murray, “Whatever you can do, or dream you can do, begin it. Boldness has genius, power and magic in it. Begin it now.”