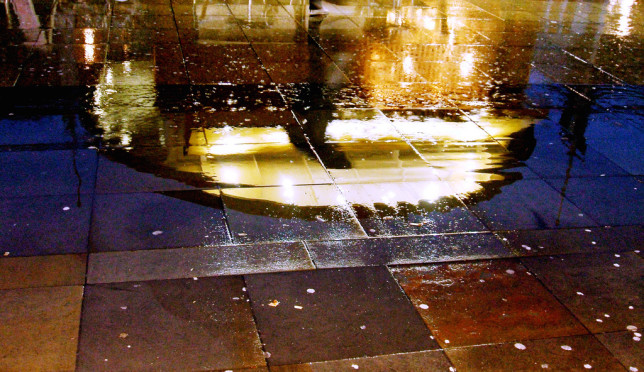 I’ve been sifting through Pyragraph since I was graciously invited to contribute a little more than a month ago. I’ve run across the bromides and platitudes one would expect from artists speaking to artists, think-pieces on passion and process, earnest admonitions to keep trucking, and so on. The timeworn question of whether we’re born this way or if something’s gone appallingly wrong in our lives that’s rendered us artists (the consensus seems to be that we came off the factory floor defective; I’d tend to agree).

There’s some snark, a fair amount of profanity gussied up to resemble wit or sass (profanity is great but only when properly deployed, use it well and use it sparingly), some very good writing and some very bad and more than a few useful tips. Along the way, I’ve been thinking about what exactly I can contribute that might add value or entertain. At the very least, I’d rather not be repetitive.

I’m a writer, so this is where I’ll do my thing. Everything else is details.

In the end, I confess, I have nothing new to report. I’m not a professional writer. Including this piece, I’ve been paid to write exactly once. Even worse, I’m homeless in the strictest sense of the term. My nights are evenly divided between friends’ couches, floors and bathtubs, strange women’s beds and a procession of stoops and church steps throughout Manhattan—so if you’re looking for something sage, it would probably be best to look elsewhere.

I will, however, tell you this: Through it all I’ve written. I haven’t written for money or even pleasure. I’ve written because I’m a writer. It’s a nonnegotiable proposition; on steps, in coffee houses, the friendly confines of unfamiliar beds, I’ve always found a way to write. Contrary to what I once took as an article of faith, I don’t need a routine or rituals. If you’re like me (and for your sake, I hope you’re not) you might believe your full creative potential could be unlocked only under the most favorable conditions and built structures and regimens to create those conditions.

Although I wasn’t aware of it, all that preparation became a prison and, occasionally, an excuse not to write. I’ve seen evidence here that my misapprehensions are shared, well-intentioned tips meant to maximize the quality and output of your work. In my experience, the facts flow in direct opposition to that presupposition. A few nights ago I applied for a writing fellowship. On this particular night I had no place to sleep, only a few crumpled dollars in my pocket, not enough to camp out in a coffee shop, it was raining and my best—only, really—option was to stand under some scaffolding until dawn, where I wrote a twenty-two hundred word draft, on my phone. Relative to the generally dubious quality of my work, it was good.

I’m a writer. Whether someone pays me or not, I brook some sort of compulsion to jot down notes and make up stories. Chances are, if you’re here, you’re similarly afflicted. I never give advice about anything. Advice is what I would do in your situation and I’m not you. Besides, homeless guys shouldn’t be doling out advice. I can only tell you about me and I’ll only say that I’ve learned not to sweat the small stuff because I can’t help myself—I’m going to create under any circumstances. It might be good or it might be unqualified shit but that’s going to be true no matter where I write. I’m here (wherever that is at the moment), and I’m a writer, so this is where I’ll do my thing. Everything else is details.

Anyway, that’s my banal little didactic contribution to the conversation.