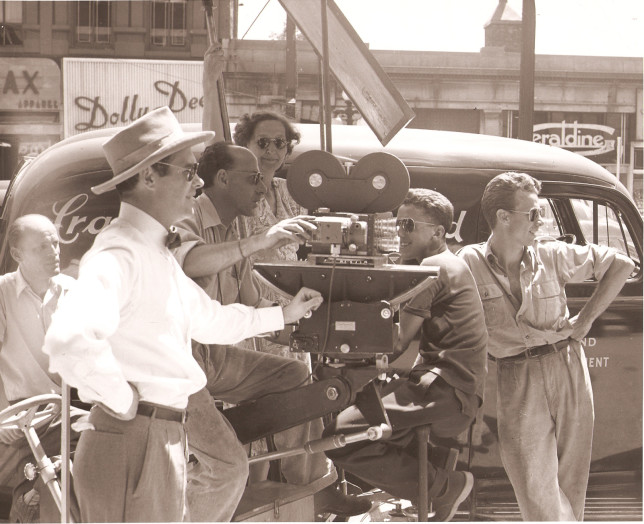 Written by Emily Best, who founded Seed&Spark to make a contribution to the truly independent community in which she would like to make moving pictures. Emily was named one of the 2013 Indiewire Influencers. Originally published on Seed&Spark’s blog and reposted here with kind permission.

On the road in places like South Jordan, UT, Memphis, TN, and Houston TX, we met a lot of filmmakers of all ages and experience levels united in their desire to find sustainable ways to make their films. There’s no question: In this day and age, youth has an advantage. Digital natives have a leg up in the world in which you are responsible not just for making your film but connecting directly to your audience. That raises a couple of very big, important questions:

What about older filmmakers who have filmmaking experience but find social media frustrating, if not downright terrifying?

Imagine a CEO says to an investor, “I’m just not good at the business stuff, I’m just a creative.”

I thought I had reasonable answers to these questions (something pretty cold-hearted, to be honest, like, “Well, adapt or die”) until I was asked to moderate a marketing and distribution panel last year at the Austin Film Festival where I met Melanie Miller. At that time, Melanie was the EVP of acquisitions and marketing at Gravitas Ventures. She has an absolutely encyclopedic knowledge of windowing, marketing and theatrical, digital and VOD distribution. She has since resigned from Gravitas to focus on her own venture, Fishbowl Films, as a Producer of Marketing and Distribution, or PMD.

If you say “PMD” to most filmmakers, they’ll nod at you like they know what you’re talking about (with the same feigned confidence they use when someone’s throwing around terms like “windows” and “VOD strategy”).

But filmmakers should get familiar with the term, and sooner rather than later. A PMD does not get involved with the film when it’s finished. A PMD is there from the beginning, building the creative strategies for marketing and distribution as the filmmaking team is building the creative makeup of the entire project.

The PMD is becoming an essential member of the filmmaking team and the answer to the questions: What if you don’t have it in you to get involved in the outreach because of age, or introversion, or just your damn preference?

I will say this: If you think you’re going to spearhead a project in ANY capacity, you better be conversant with the business of film. Let me repeat something a lot of people are now willing to say: Every film is a business—you have to start an entity like an LLC, hire people, pay them, sometimes get unions involved. It’s a company. If you’re leading the charge, you’re the CEO. Imagine a CEO says to an investor, “I’m just not good at the business stuff, I’m just a creative.” That investor would be insane to invest in that company. However, if you walk in with a solid plan and a PMD, you have a different conversation because you have demonstrated a commitment to building a strategic business model for your film.

Your PMD would also help you build strategic crowdfunding campaigns whose purpose is to set you up not just for funding, but for long-term audience engagement as a part of the distribution strategy.

The most prestigious film schools are educating the next generation of auteurs, and many of them have “producing” programs, but I haven’t met a single recent graduate who understands distribution and windowing, strategic audience building, or tools for successful crowdsourcing.

So what will it take to get film schools to launch PMD programs alongside their filmmaking programs that work as collaboratively with the film students as those students are required to work with one another?

How else can we codify and promote this position?