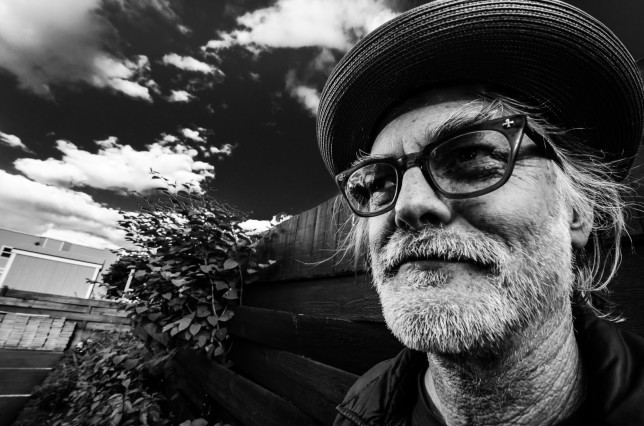 Welcome to the latest installment of What’s Your Deal? in which Mike Coykendall explains his deal to Pyragraph.

I guess you’d call my “act” a one-man-band type of deal but I hate that description. I’m just using all I’ve got. Why not use my legs while playing guitar? It ranges from loud and rocking, to mellow, to psychedelic/freaky. I don’t make set lists and just wing every set depending on the mood. Stylistically, I guess I range from pop, to folk, psych, old rock, old country, a bit of old blues. Reverent yet a little punk-ish. At times to a disco beat.

2. Tell us about your background as a musician.

Well…since I’m 52 now, it’s been through some changes. Cover bands in Kansas back in the early ’80s, some psych stuff in the mid-late ’80s with Klyde Konnor. To San Francisco in 1991 and towards more rustic traditional forms (often mildly put through a Beatles filter) with The Old Joe Clarks. Then, in 1999, moved to Portland and applied my own recording skills to working making records for others (while still fiddling with my own stuff). Made records for tons of artists such as M. Ward, Blitzen Trapper, She & Him, Tin Hat Trio, etc. Toured the world round with M. Ward & She & Him on acoustic guitar, bass, & backup vocals. Released four albums of solo material between 2005 & 2015. 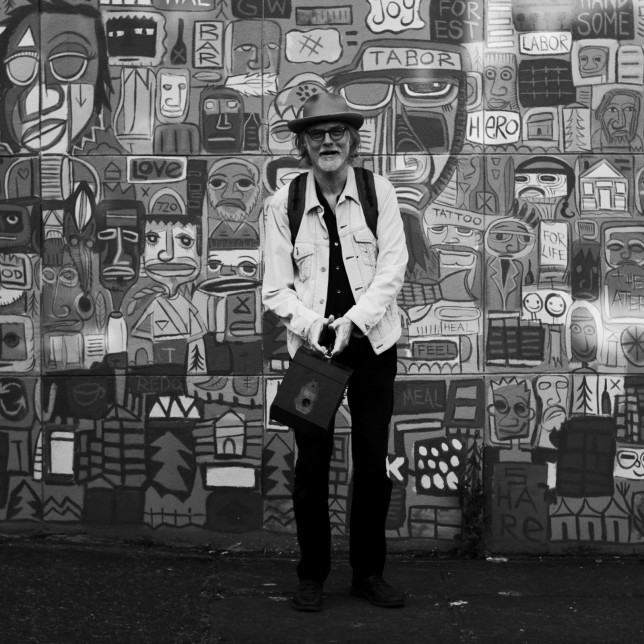 Played a hog roast that paid us in coleslaw. I was 17 or 18. We were the opening band and had been rehearsing for months toward this gig. So excited. Then we ended up playing in broad daylight while people were eating. When we were done there was no food left except for coleslaw. Disappointing. There have been many disappointments since, too. As well as some nice surprises. 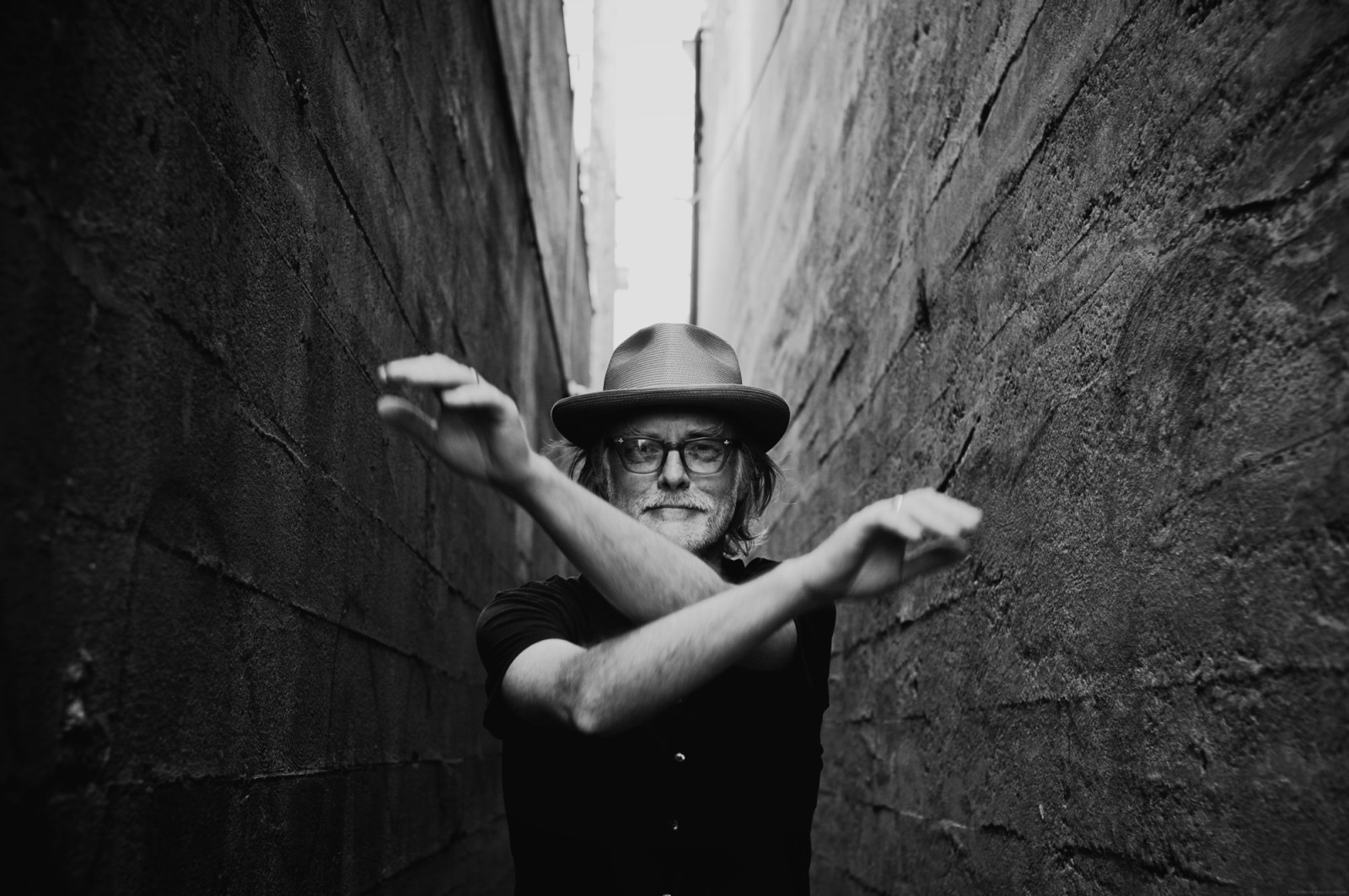 There’s this new band in Portland called The Dalharts. I’m crazy about them. I guess they are kind of rock-a-billy. I’ve always liked rock-a-billy some but these guys take it to a place that holds me. This clip was recorded in my studio. We knocked out a bunch of tunes live in a short session just so they’d have some recordings. The pic is from the session.

Don’t betray your heart. Treat people kindly and with respect. Don’t wait until you feel prepared to do something. Have fun. Work hard. Don’t over-party.

Mike Coykendall will be playing in Albuquerque on Wednesday, October 14 at Sister Bar, with Wildewood and Joshua Benjamin Johnson opening. Doors at 8pm; $5. 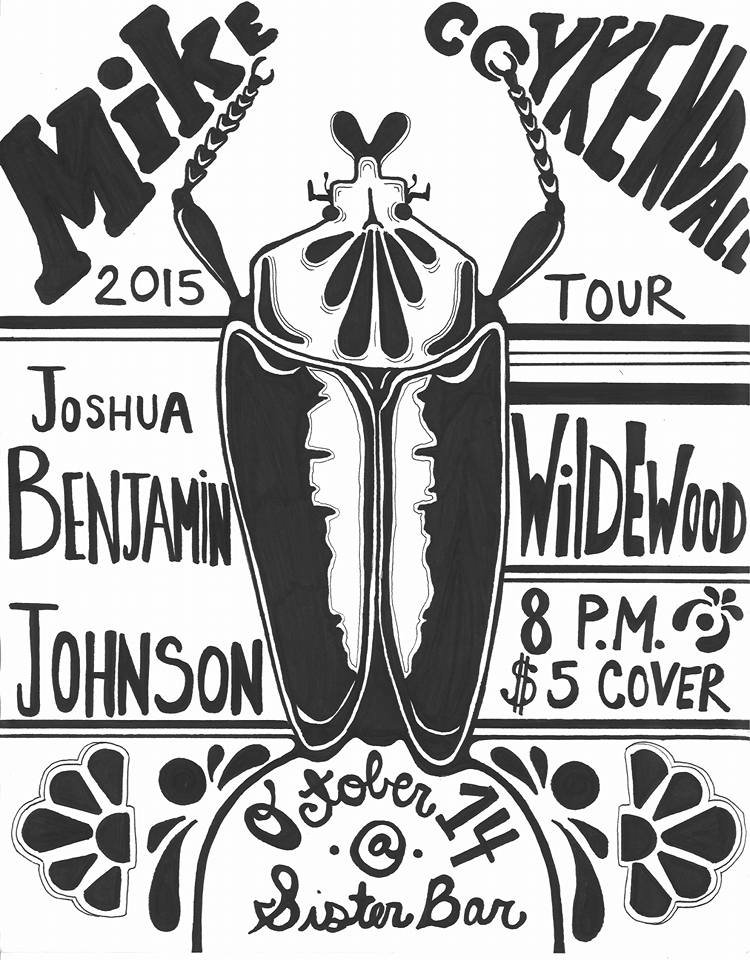