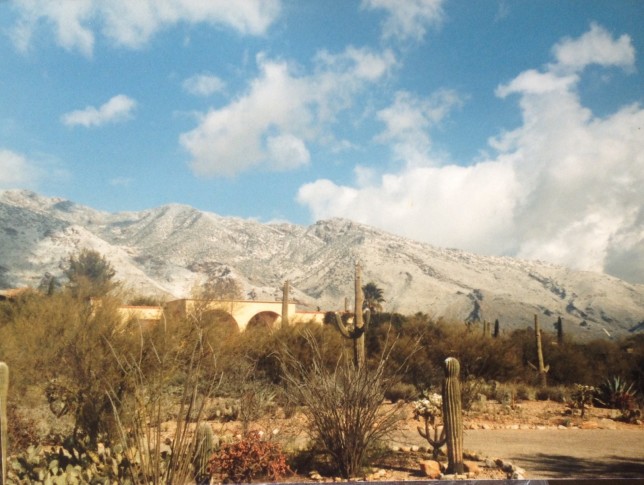 I am thinking of the lengths that writers go to, to write. Or any artist, for that matter. We’ve all known places that are conducive to writing, as well as those that are not. Some of them quite toxic. How can we find, or create, environments where we can write? This is, of course, quite personal. I can only share with you the mistakes I have made, and some of the gems I have found along the way.

When I first identified with wanting to be a writer—somewhere in middle school perhaps?—I was envious of everyone born in the South. I thought my suburban Connecticut background and upbringing too ordinary, too functional, for writing.

Their days in the desert were marked by hot air balloons floating by the window.

Later I came upon a life-saving line that I attributed to Katherine Anne Porter, but I was wrong about that. It was Flannery O’Connor who said, “Anyone who survives childhood has more than enough material to be a writer.” In other words, it is all material. And it is all ours. East, West, North, or South.

I left New England for St. Thomas USVI, St. Thomas for NYC and Southern California. Followed by the foothills north of Tucson, Arizona, and The Main Line outside Philadelphia. Back to the West Coast in Seattle for a good many years, and now, my Northernmost point on San Juan Island in The Puget Sound—at the edge of the continent where the sea meets the mountains.

And everywhere I have noticed this: Our homes shape us in ways we can never imagine. I first saw it in my daughters’ drawings.

Our daughters learned to draw in Tucson. Nothing formal—the girls were but one and two, three and four years old then. They essentially taught themselves to draw by endless practice, nothing more, nothing less. Our adobe brick home was set in the foothills with floor-to-ceiling arched windows, looking out to The Santa Catalina Mountains and desert terrain. For my part I provided the materials, encouragement, and kept the television off all those years. And the girls drew it all—from their child-sized table and chairs set in one of those great arched windows.

Their days in the desert were marked by hot air balloons floating by the window as they ate their breakfast—balloons to the girls, Wizard of Oz moments to me. Coyote wandering up from the wash to cross the drive late in the afternoon, and roadrunners scurrying to and fro all day—cartoon birds to me. When I look back, those days were remarkable. That’s all I can say.

In the pictures of home the girls drew, the roof was flat, as in Sonoran tradition, and windows were roundish. I knew then their lives were going to be vastly different than mine, and I would honor that. I don’t know how exactly, but it has to make a world of difference: growing up in a land of boxy windows and pointy houses, versus roundish windows and roofs so flat there is nothing to block the mountains, light and sky.

View all posts by Kimberly Mayer →