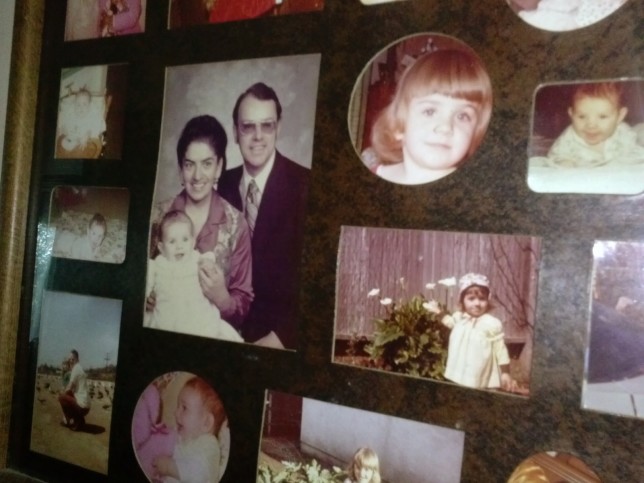 This is the first of a two-part series. Read part two here.

The issue of biracial identity is complicated. It becomes even more complicated for writers, who—for all intents and purposes—write themselves into being. That is, they have the ability to define themselves however they want—on paper. Real life? That’s another matter altogether.

I can tell you that I’m biracial until I’m proverbially blue in the face. However, although my mother was born in Guadalajara, Mexico, and my father was born in Alliance, Ohio, I am essentially white. According to US Census rules, “Hispanic” equals “white.” The main reason my cousin’s children are more “Mexican” than me, other than the fact that they have darker hair and skin, is because they were raised speaking Spanish at home. My brother and I were raised in an essentially American household—as were my cousins and my cousin’s children. The main difference consisted of the language that was spoken.

Hispanic, biracial, Latina, Mexican-American. None of these fully encapsulate who I am.

Back in the ’80s and ’90s, the language spoken amongst my cousins, aunt, uncle and grandmother at my cousins’ house was Spanish. When my immediate family was visiting, we spoke both English and Spanish. In that way, yes, I was Mexican: I was engaging in Mexican-American culture via language and family. However, other than these specific factors—and perhaps the food I ate and the television shows I watched with my grandmother—my “Mexican-ness” was likely invisible to the majority of outsiders who did not know me or my family. In fact, there were times when my mother was out with my brother and I, and she was asked whose children she was watching.

In Borderlands/La Frontera, Gloria Anzaldúa discusses the phenomenon of the mestizo tongue, referring to a language that is neither English nor Spanish, as well as to a people who are neither Spanish nor indigenous. Mexico has never been held in high regard by the rest of the Spanish-speaking world precisely because of this hybrid nature. Much of the attitude surrounding race, culture and class in the United States is mirrored in Mexican culture: Those with lighter skin and more Spanish or European features are privileged over those who are darker-skinned and more indigenous-looking.

Reading Anzaldúa’s book was the first time I saw my hybrid experience mirrored back to me so clearly. I finally understood why it’s so difficult to define myself using the terms provided to me: Hispanic, biracial, Latina, Mexican-American. None of these fully encapsulate who I am or how I define myself.

My mother reinforced this bias by reminding me to never tell people I was “Mexican,” but to tell them that I was “Spanish.” Both are technically correct: My grandfather was very Spanish looking with green eyes and European features; many of my cousins are very pale skinned, as well. It’s because he had ancestors from Spain—as well as indigenous ancestors from Mexico. But none of us are any more or less “Mexican.” It’s just that Mexico is such a mezcla—or mix—of different cultures that it’s difficult to separate them as neatly as many often wish they could. The idea of racial “purity” is a very European one, and that attitude is prevalent throughout many parts of Mexico, where the ruling classes are made up of the more “Spanish,” European-looking Mexicans.

Variations in terminology (“Hispanics” versus “Mexican-Americans”) stem from discrepancies in self-identification and perception. Many Mexican-Americans don’t self-identify as Mexican, preferring to identify as Caucasian, Hispanic, Latino or “Other.” This makes sense, of course, since the tradition of being proud of one’s Spanish blood over one’s indigenous or Native roots is an old one. Mexicans have been—and continue to be—discriminated against. (Google #DonaldTrump and #HispanicLivesMatter and you’ll see what I mean.) There are problems with defining anyone in Mexico in terms of race, however, because there are so many different countries, cultures and ethnicities contributing to the mezcla from Mexico that it becomes difficult to pin down how to define us.

One of my favorite things to do in high school was to listen to people talk about me in Spanish, thinking that I didn’t know what they were saying, and then start talking to them in Spanish right back. Passing for white is one form of being an invisible minority, which I’ve considered at length, and I’m not alone. I like to anticipate people’s shocked reaction when I tell them I’m half Mexican. They usually respond with, “Really? You don’t look Mexican!” I respond with, “Have you ever been to Mexico? All the people with money there look like me.” It’s simply not accurate to characterize a particular appearance or type as “more Mexican” than another, because Mexico is an incredibly diverse place.