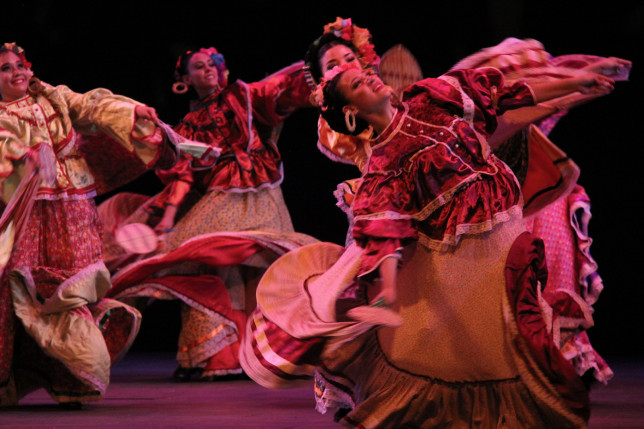 This is the second of a two-part series. Read part one here.

In Guadalajara, where my mother was born, there actually were a number of Basque and German immigrants who settled there. That might explain why it is the birthplace of mariachi music. But a fact that many people forget is that Spaniards are Europeans. European Spaniards came to Mexico with their Bibles and their churches and their schools. Spanish is one of the languages of the conquerors, along with English.

If I really wanted to be revolutionary as a poet and a writer, instead of speaking Spanish (which I learned as a child), I would learn how to speak Huichol, Náhuatl, or Purépecha, the three most commonly spoken languages in Guadalajara. Of the 72 languages originally spoken in Guadalajara in 1621, few are still spoken. Perhaps more poets should take up translation.

What is it that defines me ethnically, besides the fact that my mother was born in Mexico?

Judith Ortiz Cofer discusses the difficulty of being taken seriously as a writer in a world that views Hispanic and Latina women as domestic, or spicy more often than creative or intellectual. Perhaps part of the problem stems from the community that raises women. We are all collectively responsible for putting forth expectations for our daughters that aren’t exclusively about families and homemaking. Although this was never an explicit goal put forth for me—in fact, quite the opposite; education was stressed very highly from an early age—the sense of disappointment I feel at family reunions or trips home for holiday gatherings are always the same. The questions are predictable: How’s your love life? Have you met someone yet? How’s the job going? It’s always either one or the other.

It makes sense, however, that my parents would be concerned about my career and professional life, since they did pay for me to attend Catholic school, followed by college. Much of the burden, of course, also lies with me now (i.e., student loans). However, there is the legacy of the American dream to contend with—and along with it, the idea that education provides opportunity. This idea is very typical of families with first-generation immigrants and first-generation college students—and it has been the case for quite a while, in fact. Education is changing and becoming more accessible to more people than ever before, luckily, due to the expansion of online higher education and certification programs at the master’s level and higher that cater to nontraditional students. Students like Javier Silva who are thought of as nontraditional, however, are becoming the norm.

In terms of gender roles, far from being a problem exclusive to Mexican-American culture, consternation over single, childless women extends across a number of cultures. Therefore, I hesitate to point toward it as characteristic of the attitudes towards women in Spanish-speaking cultures, per se. Sandra Cisneros has written about this difficulty for women in the Spanish-speaking world. I know that the problem exists for a number of my single female friends, regardless of ethnicity or culture. What is it that defines me ethnically, besides the fact that my mother was born in Mexico?

Well, not much, other than the fact that I learned to speak Spanish via my grandmother and continued throughout high school and college. When I was young, fear of language confusion was very real. Nowadays, however, we know that was a myth popularized by controversy in the education world: English-only versus English as a Second Language (now ELL) being taught in public schools.

I have the privilege of passing as white.

There were other disparities in how I was raised that likely also resonate across the demographic spectrum as being a problem particular to girls: My brother and I were treated very differently, in terms of the amount of social freedom we were granted. There was also the concept of the “good girl”—i.e., the virgin/whore dichotomy—but that was pounded into my psyche at church more than at home. At home, my mother’s favorite way of shaming me into confessing my wrongdoings was to stare deep into my eyes and tell me that she could tell if I was lying to her. Not that I ever did anything to lie about: I was usually studying. That is one behavior common to first-generation college students—the idea that higher education is the key to opportunity.

I had the opportunity, while in high school, to study and get good grades. And so I did. I decided to attend a private college out of state, which I could afford to do because of a combination of grants, scholarships, a generous financial aid package and student loans. Like my ancestors before me, I migrated toward opportunities to be had in the land of Cascadia (aka Portlandia), and the rest is history. However, history is still being written.

It is yet to be determined, that is, whether history books documenting obscure, 21st-century writers will classify me as Caucasian, Mexican-American, Latina, Hispanic, Scotch-Irish/Welsh/German/Mexican, or simply female. Since the census doesn’t recognize people deemed Hispanic as anything in particular, perhaps I can only be officially described as white. I prefer to define myself through my writing. However, I have the privilege of passing as white, so I realize that my ability to define myself is based largely on my appearance.

What do you think?