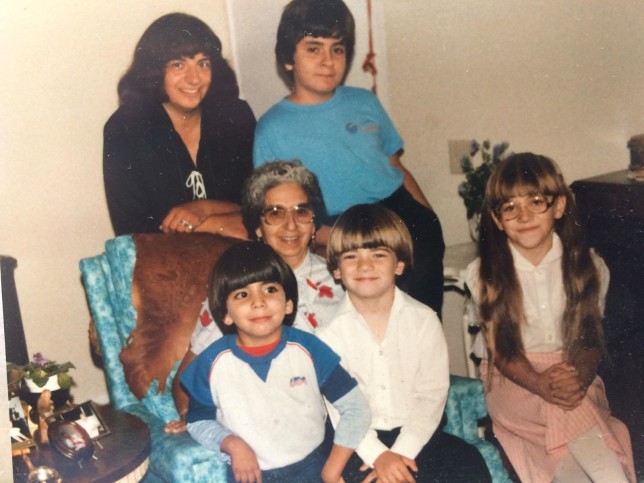 This is the third of a three-part series. Read parts one and two here on Pyragraph.

The first time I ever tasted a jalapeño, I bit into it eagerly because I believed I was about to eat a piece of candy.

My family was visiting my aunt, uncle, grandma, and cousins in Pico Rivera for the weekend. I called my aunt “Tía,” my uncle “Tío,” and my grandmother “Gran-ma,” rather than Abuela or Abuelita, as I probably should have. I sometimes suspect that’s what led her to pull that trick on me, but then, maybe she just had a feisty and twisted sense of humor.

The strong flavor of the food we ate was one of the only things tying me to my Mexican heritage.

Sandra Cisneros has said that she seeks to upend the cliche of the sweet, diminutive abuela who appears so prominently in Mexican folklore and popular memory. I, too, plan to counter that stereotype in my own writing about my mother’s side of the family, though to date I have only one poem that features my grandmother:

My brother & I bit into
the fruit. We sucked air
between shut teeth, juice
boiling in our mouths.
Sluicing, she told us,
diluted the sour
on our tongues.

Later, Grandma said
Abre la boca, es dulce,
a jalapeño pepper
in her fingers, telling
me it would taste
sweet, like candy.

She pushed it
into my mouth—
Cometelo—
& laughed.
Later, no amount
of water with ice
would help.

The juxtaposition of my mother and my grandmother is striking to me, even now. The strong flavor of the food we ate was one of the only things tying me to my Mexican heritage. The sense of smell—as well as the connected sense of taste—is tied so strongly to our memories. They both wanted me to taste life fully, and they both wanted me to learn about the world around me, constantly—despite any pain and suffering related to a given turn of events—and to savor the moment for what it could teach me.

According to a study conducted by faculty at the University of Texas at El Paso, Mexican-American women with chronic pain often deny that they are in pain. This reminds me of my mother, who hobbles around due to a bad knee and refuses to get the surgical procedure that would help her take long walks on the beach, again. This also reminds me of me at eight, saying I was fine. Then, as my face started to turn red and my eyes welled up with tears, I searched desperately for a glass of water while my grandmother laughed harder and poured me a glass of milk, instead.

According to Jonathan Mortensen, a diagnostic infectious disease expert at the University of Cincinnati, jalapeños are actually berries. Perhaps this is part of what we might do to make the consumption of chili peppers—or “chili fruits,” as Mortensen calls them—bearable. There’s also their medicinal qualities: they’ve been shown to have high levels of Vitamin C and can also kill some microbes; in addition, capsaicin apparently causes the brain to release endorphins that cause a sense of well-being or euphoria that can last for several hours.

I sometimes wonder if the reason that magical realism is so prevalent in literature from Mexico is because there have, historically, been so many factors outside of people’s control: war, crime, and widespread corruption, to name a few. Perhaps this is why we tell ourselves stories about ourselves, using elements of magical realism to allow us to believe in miracles: that spicy chili peppers can become sweet as berries; that our limbs may one day simply begin to work again, without the help of surgery; that we may transport ourselves through time and space to a place we have never visited, in order to witness the past versions of our relatives—back when they were young and unhindered, as yet untouched by disease or the chronic conditions of old age. Back to a time when the world was more innocent and my mother was born in a stable with the help of a mysterious woman from the jungle.

Maybe, through the lens of magical realism, I might have convinced myself that the jalapeño burning my tongue and throat was actually a giant green piece of fruit, and that any minute my tongue would turn green and it would taste like I’d just bitten into a sweet, crunchy berry and be transported to a river of chocolate and berries á la Charlie & the Chocolate Factory.

That’s the great thing about writing: It allows us to temporarily negate reality by creating a parallel universe that incorporates elements of reality and fantasy to create a separate world of pure imagination. Ideally, that parallel world allows us to better understand the world we ordinarily inhabit, so that upon our return, we find ourselves a few steps closer to realizing ourselves as we would like to be.