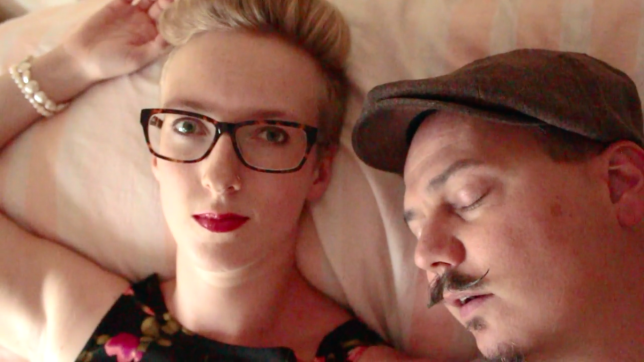 A still from one of our most recent music videos. Image courtesy of Sage Harrington.

This post was inspired by a conversation I had with a lovely person, audio engineer, and fellow Pyragraph writer Jamie Hill. (Check out his posts, now, please—I’ll wait here—you won’t regret it.)

His equally lovely wife, Shannon Curtis, is a musician who just kicks ass at Facebook. So Jamie suggested that I change the way I approach releasing videos online. Namely, that I release them natively through Facebook in addition to releasing them on YouTube.

So what am I gonna do with all this info? Well, as much as I don’t like bending to what “the man” (er, that’s you, Mark Zuckerberg) I’m gonna be uploading my videos to Facebook, too. Because this:

I do not kick ass at Facebook like Shannon Curtis does. She updates and updates and engages and engages with people and I mostly just want to stay away from the computer screen most of the time. (Here’s an example of Shannon Curtis kicking ass at Facebook video.) So the fact that we got over 70 shares (and a few of them were from people I don’t even know personally! Crikey!) when the most we had gotten before that was, like, three (and that was probably from from when I shared my own post through all my fb profiles/pages). So that’s a winner for me. 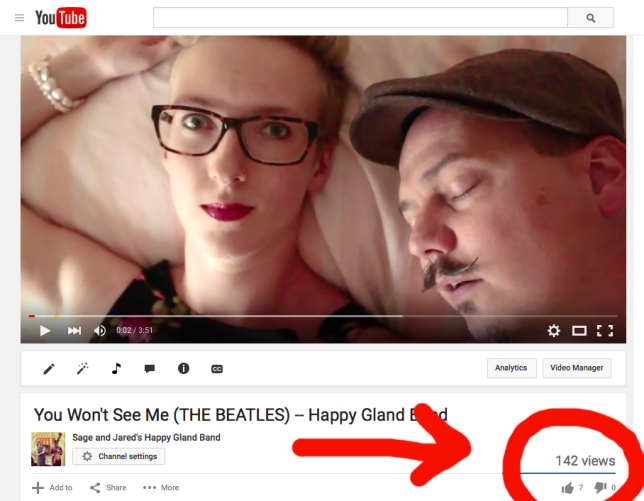 We are not getting as many views on YouTube now. We’re used to getting about 1000 views per video not long after we post them to…you guessed it…Facebook. We don’t have that many subscribers through YouTube and I only shared the link to this video through our email newsletter, once. I still think it’s important to have the video up on YouTube though. ( I just want it to keep getting the views we had been getting on YouTube.)

Moral of the story:

Uploading our music videos through Facebook page seems to be really working for us so far. I’ve never had so many conversations with people online about the cool stuff we make. We’ve never gotten so many comments on YouTube or our website or any other platform. And seeing people we don’t even know sharing our videos is pretty freaking exciting.