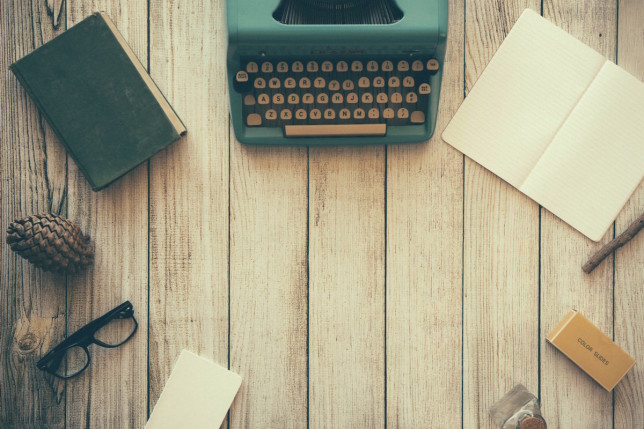 I used to think creativity was a force of nature, like inspiration, which struck when you were showering or just vaguely thinking about something unrelated. My last couple years spent writing novels has turned that idea on its head.

My first NaNoWriMo was a complete failure. I wrote 1600 words of a meandering, third-person story and lost steam. I didn’t have it in me to fully develop the story to what it deserved. I had an idea of perfection in my head, and that is what ultimately defeated me. Well, that idea and the fact I had never practiced. I tried to run a marathon without even learning to walk first. If you told me five years later I’d have written half a million words and half a dozen novels, I’d have laughed at the insanity of it.

Creativity has become a legend, a myth that’s been talked up.

Writing, like a lot of artistic or creative endeavors, has a lot of mysticism behind it. People believe you’re born with the talent to write, which is ridiculous. You aren’t even born with the ability to understand language, let alone craft prose that’d make the strongest man in the world cry rivers down his stony face.

It is something that must be practiced. Some people might have some slightly better deftness or observation that yields more beautiful work, but it doesn’t mean they don’t have to work to unlock that potential in the first place. So many people have unwritten masterpieces sitting in their mind, while other people have dozens of “I’m learning” books to show off. If you want to get morbid, the unwritten masterpieces will remain that way once their authors have died, while the “less talented” will always have their pulp.

So how is creativity a lie? Because it has become a legend, a myth that’s been talked up, gossiped about, debated and discussed. How did this happen? The answer probably won’t surprise you: Writing is boring.

The satisfaction of creation isn’t boring. The twists and turns you’ll follow as you uncover the story being written by your body without your consent is exciting. However, talking about writing, and what it takes, is awfully boring. It’s boring in the same way listening to someone else’s dreams is boring: There’s nothing to it without the evidence.

If you turn your inspired dream into a work of art and can reference, “It came to me in a dream,” that has a lot more weight and strength to it than spilling your words about it. Ironically, talk is cheap but words might have some more value to them.

The best way to really get your creative juices flowing is to engage with your project, which is true for any genre or specialization. A lot of arts have a kind of “loner” syndrome to them, where the artist feels they must be a kind of island to which the will of the world breaks like surf. That simply isn’t the case for anyone but a select few.

So if you think of yourself as a writer but don’t have the “evidence,” change that. Get involved in a writer’s group, book club, or class. Read voraciously, critique ruthlessly, and devour what you like and what you hate. You’ll find ideas flowing with time. That’s only one half, too. If you’re engaged with your own writing, it’ll produce its own ideas. They’ll flow from the source like a tapped well, replacing every drop that’s taken from it. You cannot run out. If you do, you simply dig deeper, or move to a different location, whatever way you choose to execute that metaphor.

Suzanne Piotroski of Rutgers University says that innovation and creative thoughts stem from not always finding all the answers, but asking the critically important questions. Here’s what she says on the matter:

“This is an area we often gloss over in our busy, harried work lives…. Resist running to the answer. See what it generates.”

If you’re a writer, sit down at your desk, or wherever you like to write, and just start spilling your guts. Oh, it’ll be awful. It’ll be dreadful. You’ll probably repeat yourself a lot. But do it anyway, and slowly, you’ll feel the connections start to spark to life and happen. The repeated sentence will stop repeating and you’ll follow it with a new one, then another, then you’ll have a paragraph.

You just have to start.

Edwin Henry grew up in Idaho and started writing in college. He attended College of Idaho for Creative Writing. He’s written six novels and enjoys diving into synthesis when he isn’t trying to get a forge going with his friend.

View all posts by Edwin Henry →