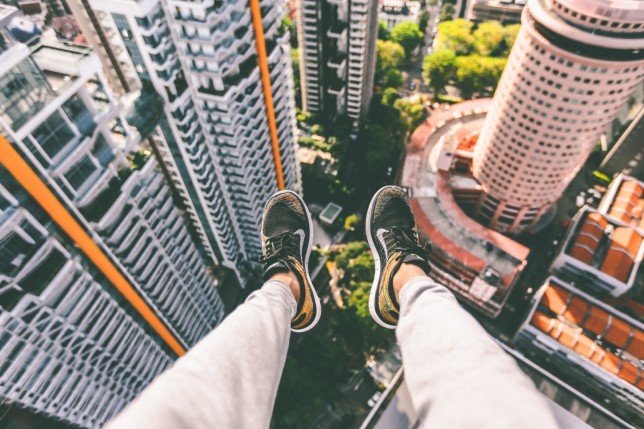 I bet you think I’m talking about my mammaries. Ha! Nope. Those came fast and furious in the sixth grade. I’m talking about my WORDS—my ability to really put pen to paper, and make the lines shimmy and shake. According to my mom I’ve been writing since I was five. However, my first real memory of writing anything was when I was 12, and I didn’t really find my voice until I stumbled into spoken word poetry in my 20s.

I did my job by breaking the rules. All of them.

You know spoken word. That poetry that challenges everything you’re taught in your eighth grade creative writing class, or your college English lit class. The changing of verbs to metaphors and nouns to adjectives, so much so that you’re sure E. E. Cummings is singing your praises and Lord Alfred Tennyson is cursing your name. THAT was, and still is, my kind of poetry. It broke all the rules. It looked short stanzas and periods and rules of rhyming in the eye and said, “Nevermore.” It was the rebel with a cause that would prepare me to tell the stories of the rest of my life.

Fast forward some years and a multitude of experiences later, and I’ve moved away from poetry—because just like I once drank Amaretto Sours, and now I drink Sidecars, my writing too, has grown and evolved. I’ve moved into the realm of truth-telling and social commentary, and dammit, wouldn’t ya know it, the rules are back. I’ve been told “That’s too strong,” “Don’t run these words together,” “Don’t start a sentence with the words ‘BUT’ or ‘AND,'” and for fuck’s sake, “Don’t say fuck.”

Now, I’m a grown-ass woman who has lived long enough, and experienced more than my fair share of “enough” to warrant a well-placed, full and fabulous “FUCK!” in a sentence if I want to. It doesn’t take away from my credibility as a writer. It is not proof that I have a limited vocabulary (as a Charm School Marm might have you believe), or that I was raised by wolves, or swill whiskey and spit. I guzzle gin and swallow, thank you very much. And I start sentences with the word “and.” AND I use the word “fuck” when I’m leaving my heart and guts on the page.

When I need you to feel exactly what I’m feeling, at the exact moment, in the same exact way I’m feeling it, I will drop an F bomb like a bad habit and leave you feeling all sorts of fucked up. But that’s my job. That is the job of anyone who considers themselves a writer: to make the reader feel something. Anything. I don’t care if my words made you get all your friends together to sing “Kumbaya” while strategizing on how you can change the world, or made you grab your partner and practice makin’ a baby. If it made you feel, then I did my job. And I did my job by breaking the rules. All of them.

Every last fucking one of them.

And that is the point of this whole rant on rule-breaking. To realize that when it comes to writing, you need to treat it like it’s the last thing you’re ever going to do on this earth. Go balls to the wall with every sentence. Make it count. Break the rules. Fuck the rules. Make your own rules. Make a list of rules and then burn that shit like it’s a love letter from your ex.

Unless the rule is about the Oxford comma.