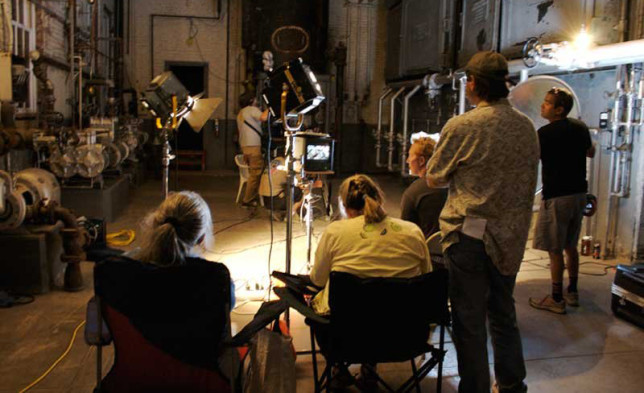 When it comes to making your film, your short or your web series, there’s one person who needs to pull together all of the teams’ resources: the line producer. A (possibly) official definition of a line producer is someone who creates, manages and executes the project’s budget, and makes sure the director has what she/he needs in front of and behind the camera.

What does this mean from the first blush of pre-production to the final day of shooting? First, it’s about the budget. I find that the question, “How much will it take to make the film?” is a luxury. The budget ends up with more revisions than the script, especially when the question above inevitably morphs into “this is how much we have to make the film—how do we do it?” Half the battle is identifying your fixed, hard costs vs. your free or deeply discounted line items.

As I massage the budget, I establish the favor bank. The favor bank is everything that you can get for free, donated, at reduced cost, or as a trade. Each person on the crew should be enrolled in the favor bank, and no favor is too small. On a web series pilot that I produced, I offered my house as the main location (big favor), and tasked PAs to keep track of the donated pop-up tents (small favors). Do not refuse any favor (unless it’s illegal or will actually cost you money in the long run), and keep an Excel spreadsheet to keep track of them for thank-yous.

Another issue to tackle is the unions. Most productions end up signing with SAG-AFTRA, and get ready for the avalanche of paperwork that comes with that. Luckily, www.sagindie.org has an online application that can streamline your process. The Directors Guild has several indie-friendly agreements that do not require an MBA to understand. Depending on your writer’s Guild status and your budget, you may need to sign with the Writer’s Guild. IATSE and 399 (Teamsters) are Unions to consider if your budget is above $1-1.5 million. On a $1 million feature film I shot in Los Angeles several years ago, one of the best things we did was contact a Teamster representative whom we knew and tell him about our shoot. He agreed that we were too small to become a 399 signatory, and gave us what is known as a “pass.” Once we got the Teamster’s pass, IATSE followed suit.

Now here’s a sexy topic: film permits. Don’t try and shoot without one. I have my own horror story. I was producing a two-day short film that started out small. We had a 10-15 person cast and crew and one contained location at a house. The homeowner had rented the house to film productions before, and he told us not to worry about a permit, because the people in the neighborhood didn’t mind and we were such a small crew.

Well, during prep, we grew. As we approached production, we ballooned to 20-30 crew members and a couple of large trucks. We did not think to revisit the film permit issue, and showed up on our prep day ready to load in our equipment. I think after the first “beep” of our truck backing into the driveway, the neighbors got on the phone to the police. Two officers showed up a few minutes later and asked to see our permit. Uh-oh. I left my co-producer on site to stall and raced up to FilmLA on a Friday afternoon to see if I could get an emergency permit. Spoiler alert: I could not. Film LA needs at least 72 hours to process any permit application and fees, no matter how much you beg. We had to shut down the film, send everyone home, and reschedule for a later date with a permit. That was an expensive lesson to learn.

Other points to include: