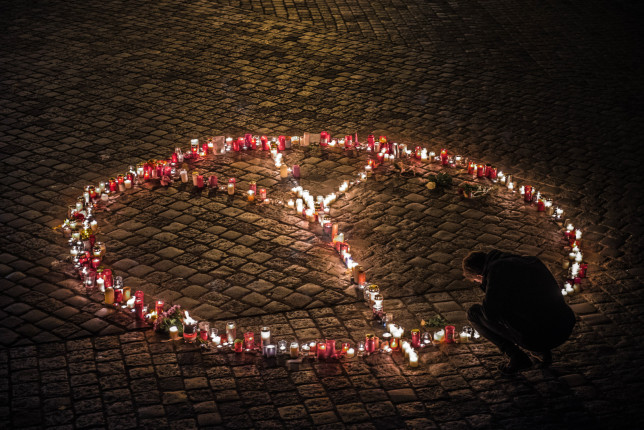 On November 13, 2015, there was a series of terrorist attacks in Paris, killing 130 civilians, and injuring several others. It was a coordinated effort which intentionally targeted innocent people. It was the largest attack on French soil since WWII.

My initial reaction was the same as anyone’s. I was shocked. I was deeply saddened. I was confused and afraid and sympathetic. I wondered how anyone could do this, and tried to figure out how we could possibly stop it from happening again.

Sometimes art has to be serious.

But, as with all world news, I later had another reaction: the reaction of an artist. I began to ask myself how I could write about this. And so I began to read what others were writing. Most of the words were coming from journalists and news reports, which are important, but of course many individuals were also writing about it on their blogs and websites.

I also began to wonder what sort of painting someone might do in reaction to such a tragedy, which is how I came across Jean Jullien, whose simple alteration on the peace sign has traveled the world. Another inspiring French artist is a guy by the name of Combo, who has done both legal and illegal street art for years. Here is a short video of his recent work.

People have been making art, writing songs, and creating videos. Artists have been responding, because that is their duty. That is what they do. In every part of the world there are artists expressing what it is like to live in that place, to live that life. Humans naturally smile and laugh when we are happy, just as we cry when we are sad, and it is the challenge every artist must face to explore each end of this spectrum as fully as possible.

In Howard Zinn’s book, Artists in Times of War, he wrote the following: “What most of us must be involved in—whether we teach or write, make films, write films, direct films, play music, act, whatever we do—has to not only make people feel good and inspired and at one with other people around them, but also has to educate a new generation to do this very modest thing: Change the world.”

Sometimes art is all about being silly. Being stupid. Creating nonsense. All of this is great, and for some this is a difficult challenge. But sometimes art has to be serious. It needs meaning and worth, it needs a message. Challenge yourself. Be bold, speak your heart, and use art to express your thoughts and emotions. All humans experience life, but it is the job of the artist to communicate those experiences. Nothing so easily connects people as an honest piece of art. 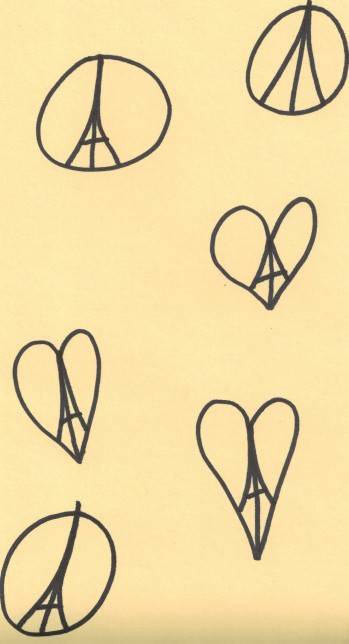