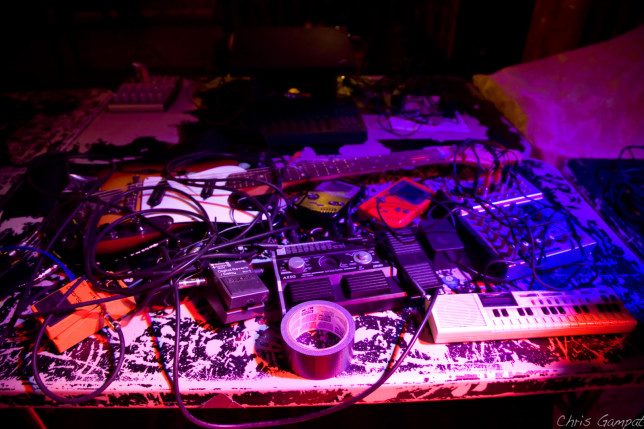 I started playing bass guitar when I was 12 years old. Looking back, bass was a strange choice considering that all my friends were getting guitars, but I think I chose it because it was different (plus, being the only bass player in a sea of guitar players meant I never had to compete for a spot). I hounded my parents for nearly a year until they decided I was serious enough and they bought me my first bass for Christmas. I quickly fell in love with playing music. As an adult, however, I became disenchanted, and nearly gave it up altogether. Now that I have found that love again, I can see that almost quitting led to me loving music even more by helping me discover my own creative voice.

It’s safe to say that I’ve never been a very naturally gifted musician. Things have never come easily to me, but I have found ways to overcome this trait by working hard at music and trying to approach my playing in atypical ways. I was part of a fairly successful local band with some of my closest friends for a couple years. The music we played was simple, but it was incredibly catchy and fun.

It was my way of saying “fuck you” to music.

This simplicity allowed me to become incredibly unmotivated to further my musical abilities. However, I became complacent and comfortable in what I could do because I knew it was good enough to play our music. I never practiced or tried to write my own music and I borrowed lots of my gear for shows from our guitar player Matt because his bass and amp were much better than what I owned at the time.

Eventually, I quit this band, and it wasn’t exactly a clean exit. It was incredibly emotional for me, and my feelings stayed raw about some things that happened for quite a while. Initially, I felt a weird revenge impulse where I wanted to make music that was “better” than that band.

The first few times I tried to play music after this I just felt angry, uninterested and entirely uninspired. After this happened a few times, I put all my basses into their cases and angrily shoved them into the back of my closet.

It was my way of saying “fuck you” to music. 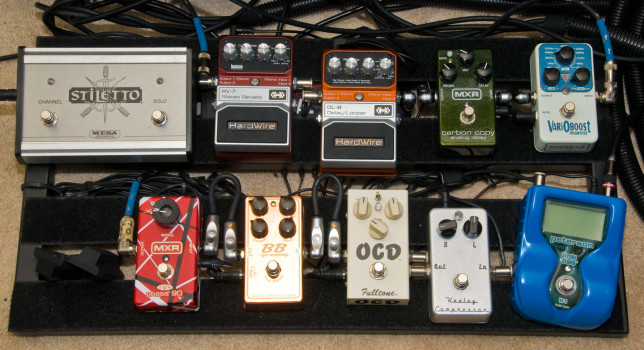 I barely even thought about playing music for over a year. After a while, I wasn’t even angry anymore, but I found myself in a place where music was no longer a part of my life. Looking back, it’s really hard to consider myself a musician, or even a bass player during this time. I was pretty much just someone who had some instruments shoved in the back of his closet.

Instead of some grand epiphany or inspiration, getting out of my musical slump actually came from friendship. My great friend (and now roommate) Jake is one of the best bass players and musicians I’ve ever met. He is always excited to talk about music, and would do so frequently with me, even though I was (and never will be) anywhere near his level of knowledge. He would take time to explain things to me that I didn’t understand, and would listen to what I had to say.

At a certain point, he asked me if I wanted to get together and play some music. It was really low stress, and Jake was willing to try out tons of different things when we played together, even when I brought really basic or dumb ideas to the table. He also let me try out and borrow pedals and other gear and helped me learn what I could do with them. After this, I got hooked on finding and acquiring gear. I knew very little about what I was looking for, but learning was a huge part of the fun for me, and continues to be.

When I think about my life as a musician so far, that was a huge turning point. Jake’s excitement and willingness to help me grow and progress were catalysts, but the most important thing that came from this was finding new ways to express myself musically in my own style. Getting myself out of the routines I had been in was the best thing I could have done for my creativity.

These creative routines can be incredibly easy to fall into. This affects not only individual artists, but also collaborative, or even corporate, creative efforts. When I get stuck in creative ruts now, I try to look both to other artists as well as other professional fields for ways to break out of them. For instance, Microsoft has totally changed how it goes about its business by opening itself up to new opportunities, and has found new life. Apple was far from struggling when Tim Cook took over for Steve Jobs, but they have still found ways to improve since that change.

Following these examples was key to getting out of a musical rut, and finding love for music again. For me, it came down to trying something new though pedals and other gear. This isn’t necessarily the exact answer for everyone, but the core principle is fairly universal: Change things up. I’ve known musicians who fixed a rut by doing exactly the opposite of what I did and simplified their pedalboard. For others, maybe the answer is found in changing what time of day or where they play or finding new musicians to play with.

Regardless of what the specifics are, if you find yourself becoming stagnant musically, one of the best things you can do is change something up. This has not only helped me come back from a period where I wanted to give music up entirely, but actually helped me find a deeper love and passion for music than I ever had before.

Zachary Evans is a writer and musician in Boise, Idaho. He graduated from Boise State University with a Bachelor’s in English with an emphasis in creative writing. He primarily focuses on short fiction, but is in the middle of writing his first novel. In his spare time, he also does freelance web writing when he’s not too busy wishing he was a space explorer. His fiction has been published in The Collective and District Lit.

View all posts by Zachary Evans →