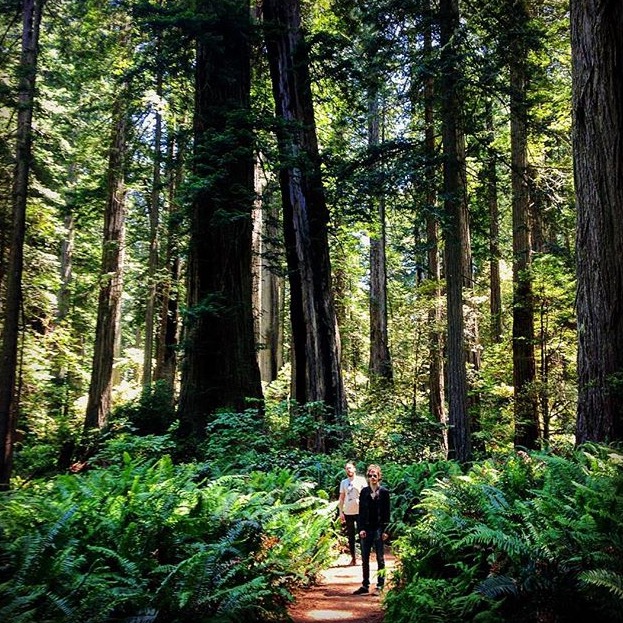 The Second Week of Tour

We played Eugene, Oregon, last night for the first time, and we rocked the hell outta the place. It may have been the best show of the tour thus far. Actually, all of the shows on this leg have been consistently better than the East Coast leg, and I’m enjoying playing them more. The show attendance and bill was decent, especially considering this was our first show in this town, and I’m elated and loving being on tour right now. I’ve had tours like this before though, and I have to remember that when you’re out here trying to make a dent, sometimes you have a string of lucky good shows that won’t necessarily repeat itself time and time again. Don’t mistake serendipity for an enthusiastic following.

These shows are very different from rock shows, in that the audience is there for beer, not your music.

Jeremy’s wife said today that it would be cool to sell our shit and just get a motor home and stay on tour—her and Jeremy, me, my wife and son. I told her I didn’t think I would last that long. I love to travel, but I love having a home and family to return to, a beacon, a star by which to navigate my days on the road. I might get psychologically and spiritually lost without them—they are home, they anchor my heart, while the rest of me flies all over the place living out an adolescent fantasy.

We played Seattle last night, another amazing show, especially for a Sunday night. Lisa, a music writer from No Depression, came out to review the show and we had a pleasant chat. It really feels like we’re making an impression and gaining fans, and it’s keeping my spirits high….

As we make our way to Boise, Jeremy and I talk about the feasibility of flying out to do one-week West Coast tours—there are huge markets out here and we obviously would be able to build something if we could make it work financially and logistically. It isn’t that the rest of the West between Austin (where we’re based) and the coast doesn’t matter, it’s just that there’s too few cities and they’re too far apart, and it keeps me on the road longer than I want to be or need to be.

We’re playing a comedy club tonight that hosts a local punk record label showcase every Monday—they book a touring band and two locals to support. The cool thing about conservative places like Boise is that they cling dearly to their counterculture because it’s small—they show up for shit like this because there’s such a relative dearth of it.

Tonight we get all the door money, the local bands are playing only to get more people out. DIY punk setups like this are cool but it doesn’t seem sustainable to me; I make a living off music, and although I have returned the favor in my hometown many times and probably will again, if I take my guitar out of my case, I expect to get paid, and I think other musicians should too. I don’t have the solution to this dilemma; I’d like for the other bands to get paid and for us to make enough money to legitimize this as a tour stop, but those two goals may be mutually exclusive in places like this. 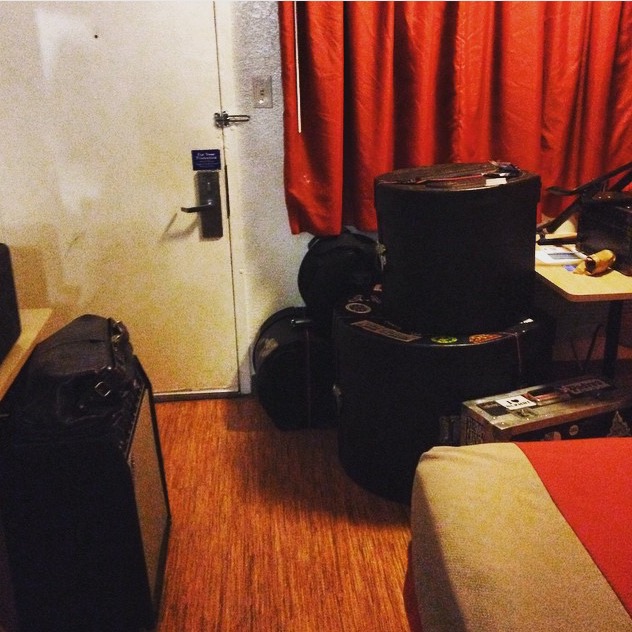 The show in Salt Lake City last night was a filler show—we played an acoustic set at an Irish pub for a
mostly disinterested group of regulars. These types of shows seriously increase tour revenue, and if you can pull it off you can pretty much play any night of the week in the US, and less days off means less boredom, more money, and centering every day around a show keeps you grounded and keeps self-doubt, depression, and all the other demons that can creep up on an artist on tour at bay.

These shows are very different from rock shows in that the audience is there for beer, not your music. Rather than be bummed out by this, I try to focus on the freedom that low or no audience expectations can give you. Because of the relatively low pressure of a gig like this, we stretched out, tried out some new songs, as well as some radical reworkings of some older songs. Nice bar with a very friendly staff too, they made us feel very welcome. Salt Lake is a nice city.

We paid for a hotel after the Boise show on Monday despite the promoter offering us his place to crash, and we did the same last night as well. Jeremy and I talked about it over breakfast yesterday: If you can afford it, the privacy, convenience and respite that a hotel room provides a touring musician is invaluable. For me, it’s a sanity thing; I need to be alone, I need to just sit there, I need to exercise, I need to write. These things typically don’t happen when you stay with people.

We stayed at people’s houses for years and something about my punk rock roots makes me feel guilty or rock-star bourgeois about wanting a hotel room, but I’m being too hard on myself; as I’ve gotten older and done this fairly constantly, hotel rooms, at least some of the time for me, have become a necessary expenditure to maintain physical and mental health on the road.

Only a few shows left now, we’re on the home stretch…. Stay tuned for Part 4.