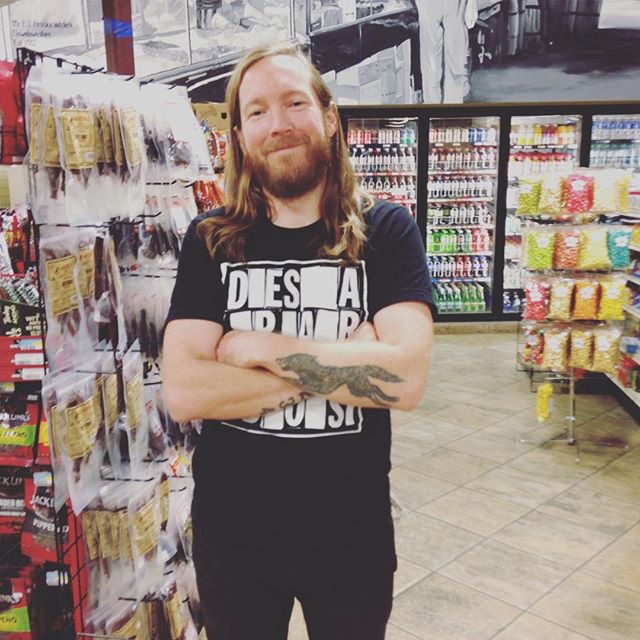 The Final Week of Tour

The van is headed to Denver right through the Rocky Mountains. The show in Grand Junction, Colorado, was great last night; we achieved new heights of improvisatory freedom. I love that about tour—for our band at least, when we play night after night, the structures of the songs become springboards to go off into space. We also listen to a lot of John Coltrane in the van, so that’s probably got something to do with it—you hear someone like that play with such expressive liberation, and you get inspired to try it too.

Perhaps long, self-driven, self-booked tours in a cramped van may be on the way out.

At about this point in most tours I’ve been on, this lifestyle starts to feel very ordinary, like I can’t remember what life is like off the road. Desire to be with my family notwithstanding, I honestly feel like I could just live like this indefinitely—it’s a very regimented, routine lifestyle, and I like regimen and routine. I also think about the fact that I feel no particular sense of home anymore after years of touring; that is, I don’t identify with a particular city, state or country for that matter. I love places that have civic pride, and I live in one of those places, but I don’t feel any pride in being an “Austinite”—it’s a nice city where my wife and son live, so I live there too. I didn’t grow up there, I don’t really identify with any music scene there, I don’t have a day job—family is the only thing that ties me to Austin. I’ve talked to other touring musicians and they’ve reported similar feelings. Home is wherever I am.

The opening band in Denver is playing right now and they’re good—it’s nice to be playing with another band after a couple shows in a row where we were the only act on the bill. They’re on tour as well, and I’m reminded of something Thomas Pynchon said about touring rock bands: “Rock and roll remains one of the last honorable callings, and a working band is a miracle of everyday life.” Nice. It’s cool to be here with these guys because there’s an automatic simpatico between touring bands crossing paths on the road—they’re literally the only people you meet on the road who know what your day-to-day is like. 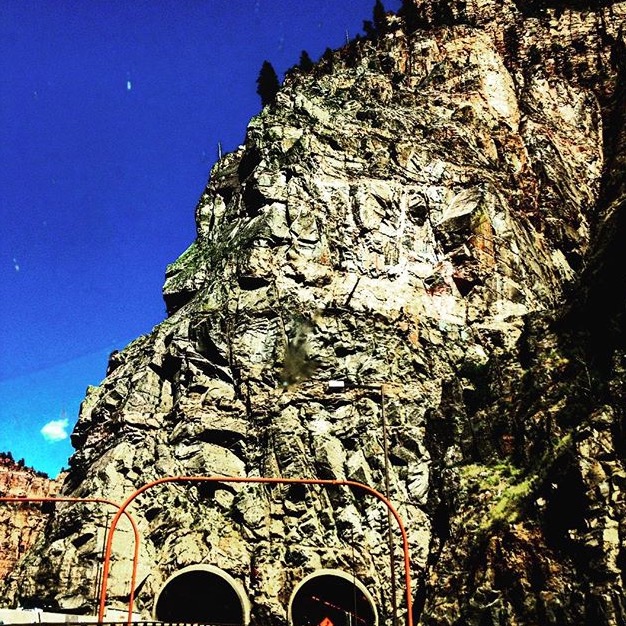 We played in Marfa, Texas, last night—last show of the tour. Marfa is a tiny West Texas town that has become a sort of Mecca for minimalist art, and consequently a resort for arty types. When you play a show there, you’re potentially playing for people from all over the world, which is cool. We had some Austin friends in town for a wedding come out, and we went out to watch the Marfa Lights and drink beer after the show.

Today, as the van carries me toward home, I reflect on the last 15 days, and what my outlook on this career was when I started the tour vs. what it is now. The tour absolutely went better than I expected it to; with the attention we’ve been getting overseas, radio, press, distribution, a record deal, etc., and the fact that we generally prefer traveling in Europe to the States anyway, I was convinced I wouldn’t tour the States at this level anymore. After seeing the impact we had in some untested markets though, I’m forced to revise that position. I think, perhaps long, self-driven and self-booked tours in a cramped van may be on the way out; short fly-outs to play a string of make-it-count shows in big markets may be something to focus on.

The key for me is to make sure I’m staying inspired and moving forward and reaching a bigger audience without killing myself or going insane on never-ending DIY tours. That sounds dramatic, and it probably is. It’s true that after 10 years I’m worn a bit ragged by it, but after this last two weeks, I’ve come to the conclusion that I don’t think I can ever really quit doing this. It’s a high, and I’m addicted to it. As I get older and my life continues to change, my perspective on my career and the way I make it fit into my life has to change as well. I’m not famous, I’m not rich; hell, I’m closer to the bottom than the middle. But I get to travel the world with my best friend and play guitar in fucking rock band, and get paid (a little) for it.