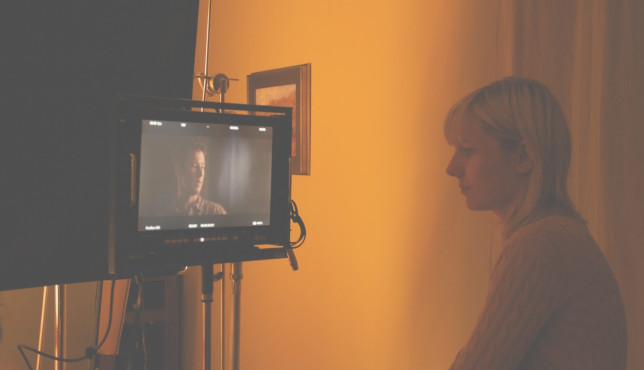 Pictured on monitor: Chad Michael Collins. With Seri DeYoung. Behind the scenes on Take Care, Brother.

As I’ve integrated filmmaking into my career in acting, the conversation about sexism in Hollywood has taken on a whole new meaning to me. I’ve had to find out what it means to be a female filmmaker.

I am still quite new to the world of filmmaking; it’s been three years since I made my first short film. As a developing director, I look to the current landscape of the business. Here’s what I get to see:

I have a choice. I can either look at those dismal stats and get really discouraged. Or I can just keep making my movies.

I have the ability to speak from a perspective that often gets overlooked.

Since I’ve started filmmaking, I’ve felt a new sense of purpose and responsibility. I’m not just showing up for one aspect of the story anymore. As an actress I just get to play my part. I audition, I prepare, I show up to set, I give my all…and then I’m wrapped. It’s a very important (and wonderfully fun!) part of making a film. But it’s only a slice of the process. As a filmmaker, I’m not only showing up for one part of the story anymore, I’m choosing the stories to tell. It’s small-scale for now, but it’s empowering.

I have so many kinds of stories I want to tell. I love noir stories with crooked protagonists. I love period pieces that offer a fresher and deeper perspective into the past. I love action movies, especially ones with good fight choreography. I love stories about women! I love stories about strong, complicated, important, flawed, real women. Women who fight and believe and love and change things.

So what does it mean to me to be a female filmmaker? It means I have the ability to speak from a perspective that often gets overlooked. I hope one day to be the the kind of filmmaker that young women (and men!) can look up to. I want to help bring up those sad statistics.

I’m grateful to have a line up of films that I’m working on and promoting. My collaborators and I appreciate all interest and support. 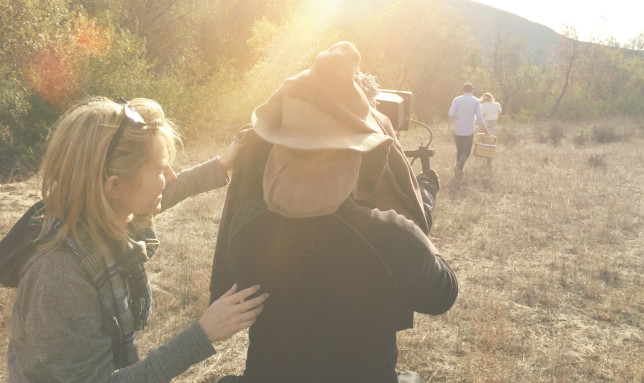 I’m thrilled to have been attached to direct the upcoming short film Elusive—a story about a young woman struggling to find her voice and her mission. I greatly look forward to working on this story, and letting it move me to strengthen my own voice and mission. Written by and starring Ren Harris and produced by Caitlin Gold, I could not be happier to be in the company of these bright and talented women.